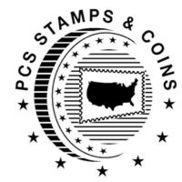 Having problems with PCS Stamps & Coins?

The complaint has been investigated and
resolved to the customer's satisfaction
Resolved PCS Stamps & Coins — Unauthorized charge on debit card. No auto-pay agreement in place.

I've been trying to find out if I've not received one or two shipments from pcs coins. I have received several notices of payment not received, only to find the payment had been made in timely manner. The customer service representatives, almost impossible to understand, could not help to find a solution and have me waiting for callbacks. Unfortunately I was forced to cancel the two collections I had invested in. I think they should reimburse me.

I just reached out to pcs coins to find out where my coin was. I hadn't rcvd shipment info or any other info telling me when to expect it. They finally got back to me saying the order would be shipped out later this week. A minute later, I got another email from my cc company saying I was billed, again! I email them back as this was a massive inconvenience as it overdrew a dc I don't keep much money on for security purposes, and get a form email back... So, no help. I'd avoid this outfit. They seem two-bit and disorganized, to say the least.

Collectible Coins of America, have a box for the coins but no coins, what's up
Complete set of American Silver Dollars, 5 in set, missing one check records

I ordered an "uncirculated" collection of Morgan silver dollars. When the first one arrived I noticed...

While reviewing my banking accounts, realized that an unauthorized deduction was taken off of my ATM Card, of...

I ordered a single silver $.50 piece from them, for about double its value. I knew that, but wanted that year, for my mom. There was, and still is, absolutely nothing on their website stating this is a subscription. About a month later, I saw a charge pending on my credit card from them, so I called. The lady said it was for my next shipment. I told her I didn't want a subscription that I never signed up for, and she said she'd cancel it. Now, almost two months later, I received a paper bill for the shipment, that had been cancelled, and I hadn't received. I called and told them how dishonest they are. They claim it's really cancelled, now. I guess we'll see.

I got these coins in the mail and I never asked for them, they tricked me into trying to pay them. but they...

Today in the mail I received a package from PCS in Norwalk Connecticut . I have not opened the envelope but...

My father is 84 years old and is now receiving coins he didn't order along with an invoice to pay two $26...

The complaint has been investigated and
resolved to the customer's satisfaction
Resolved PCS Stamps & Coins — receiving coins without ordering.

Last year I received half dollars in the mail that I never asked for, ordered, requested or wanted. I finally...

I have received many letters requesting $31.95 for a Thomas Jefferson Coin. I haven't purchased any coin...

Upon the passing of my wife of 25 years there's hundreds of what I deem worthless stamps al in a mailer with...

8/18/2015 Never received any coins or stamps from this business but I received a charge against my debit card...

PCS Stamps & Coins — Coins that I did not order

At first this company charged my American Express card with an amount that I didn't authorise. I had to...

After doing 1 previous order with this company, they knowingly kept my debit card on file. They kept on...

PCS Stamps & Coins
41
%
This company is on the right track to keep up with incoming complaints, but there's still plenty of work to do.