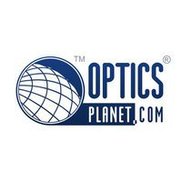 Having problems with OpticsPlanet?

ComplaintsBoard.com is not affiliated, associated, authorized, endorsed by, or in any way officially connected with OpticsPlanet Customer Service. Initial OpticsPlanet complaints should be directed to their team directly. You can find contact details for OpticsPlanet above.

Use this comments board to leave complaints and reviews about OpticsPlanet. Discuss the issues you have had with OpticsPlanet and work with their customer service team to find a resolution.

It's been over two months since I shipped my purchase back with request for store credit. Promptly received email to acknowledge that my return and would be processed in two weeks. But due to situations it may take a little longer to process my return.
Six weeks later I sent an email requesting my store credit. Back came the same response from Gueda M. along with notation OP:[protected] that it's taking time to process returns.
My original order #[protected].
After holding ten plus minutes on any of my phone calls to Gueda M. Phone #[protected] or customer service [protected] with no recording of leave a phone number a return call, I basically will consider it a lost cause.
A response to my on 7/22/2021 from Gueda M. had the notation
Probably have to write off my $85.00 dollar store credit.

I ordered a set of night sights via phone on 6/19/21 after having no luck with their online services, and I authorized payment of $53.81 with the CSR. Later in weekend, I was checking my bank account online and I noticed two separate charges submitted by optics planet, one on Saturday which i had authorized, and another $53.81 on 6/20/21 I had not authorized!

As it was late I had to wait until Monday morning to inquire, I also returned an invoice email with a demand that they cancel the transaction as they had double billed me absent any authorization from myself.

I received one email reply canceling the order, yet when checking my online bank info I saw only one return, the other charge was still there, meaning they still had every penny of that $53.81, and had only returned me half of the money they had dipped into!

I tried to contact them a half dozen times, but they hide behind the fake pandemic and do not answer phones regularly, so I initiated claim against the charges with bank. I still haven't had my money returned, and I of course have no explanation from them as to the why!!!

This business should have been shut down years ago! It is by far the most elaborate scam I've...

Ordered an $800 pair of binoculars in August 2020. They arrived 3 days later, but were defective. I received an RMA and asked for a replacement. I was expecting a similar quick shipment of a new pair. That was my mistake. They took over a month to open the returned package to verify that I returned them completely before sending (they claim) another pair. They sent this pair USPS and the tracking number showed no progress beyond generating a number. The problem is: Optics Planet stated in their phone answering system that they would NOT answer phone calls or record voice messages. They did not answer e-mails or website Contact requests for weeks. They forced me to wait for a lost package claim resolution with USPS before they would refund my money. From beginning to end, this process took 5 months before I had my money returned to me.
Clearly the qualitative measure of a company's customer service is not how they perform when things are going well, but how they perform when there is a problem.
There is NO circumstance that will ever cause me to purchase anything from Optics Planet again.

I've grown incredibly frustrated with the level of incompetence that Optics Planet is able to furnish...

During the middle of a pandemic or shortage, you would think businesses would find it in their heart to try...

This is the email I received on April 4, 2019 My complaint is how is it that these are in stock and I never...

These people are sleezy. The item sent is not as described. Does not fit at all. Then they take forever to start the return process. Still have not received the money yet. They also will not pay back the full amount. Trying to keep ten dollars for shipping. I would not have asked for the piece of garbage to be shipped in the first place if the description was correct. Do business elsewhere. Once again, these people are sleezy and they're slime.

I had a very unsatisfactory experience with Optics Planet shipping and customer service department. SHIPPING...

I ordered digital camera online and my credit card was charged immediately. in 2 days they cancelled my purchase and since that time i cannot get my money back. customer service admitted mistake by not cancelling actual transaction, but 3 days later they say that my credit card was not charged because they never charge until they ship the product.
i have bank statement showing the charge and my back confirmed that merchant made a charge.
this company is fraudulently holding my funds and i just want to make everyone aware not to trust them

The complaint has been investigated and
resolved to the customer's satisfaction
Resolved Optics Planet www.opticsplanet.com — Broken and wrong product

Ordered prescription Aviators from Optics Planet (www.opticsplanet.com) on 8/12/2012 to make sure I had them before a vacation in Sept, order opticsplanet-2093511. Order received on 8/30/2012, it was all bent and broken, completely unusable. I re-ordered a new pair, different model, but same prescription. On August 31st, got an email from a Callie K., saying she was putting a hold on the order because I had put a note about needing it very soon, before I leave on vacation and if they could not deliver it then cancel the order. I told her my comments were correct, and that it was because of damage to the original order; she said that she did not know about the original order, but that due to the damage, she would get me the new pair before I left for vacation. I confirmed to her that the model number on the glasses was changing and was she sure I would get the correct one. On 10/11/2012 I received a shipment, and of course, they were the wrong model, the day before my vacation. I then reached out to Optics Planet (www.opticsplanet.com) again, and received a message from a Heather Harwell, a so called eyewear expert. As if the experience wasn't bad enough, this person is absolutely terrible. She proceeded to tell me that they would work on another pair for me, and said it was their mix up. I told her, no thanks, I am leaving on vacation the next day. She then sent an email saying that had I read the prescription eyewear policy; obviosuly intimating I was on the hook for the price. Sorry, but when you send me broken galsses, then the wrong glasses on top of that when I could have gone local and got my glasses in time for vacation you are not getting a dime from me. She then wrote to ship them back to them; sorry, that's their problem, send me a label. Received another email from her saying that I would be receiving an email with a label and they would credit me back when they recieved it. I then sent an email asking what is the possiblity they could really rush these, and ship them to me where I am going on vacation. This is again where Heather Harwell struck again; she said, if I would have listened to her in the first place they could have done it but she already spent time talking to the lab to get them to take the glasses back; tip for Optics Planet, people don't care how you are setup, if you are the labl or not, your job is to make it right. She said if I wanted the glasses I would have to go on and order again; I guess I should not have given them a third opportunity to do their job right. Horrible company, poor service, don't do business with them. I have provided links to the entire communication.

The complaint has been investigated and
resolved to the customer's satisfaction
Resolved OpticsPlanet.com — Return/exchange policy

Customer Service SUCKS. Actually, Non-Existent. On May 25, I purchased a Leupold Mark 4 rifle scope for $1...

DO NOT WASTE YOUR MONEY AT OPTICS PLANET!!!
They will be nice about telling you that their screw up will take days to weeks to investigate. I purchased a scope, rings and bases from them and they shipped my scope with an invoice showing they shipped the complete order. Now I am stuck they won’t refund my money or ship out the bases. I was told that it could be any number of things that happened. There are only two things that could have happened either they did not ship my order completely or I am lying!!! That is how I see it anyway.
P.S. I have never had any problems with swfa.com who always gets my orders correct!!

OpticsPlanet
29
%
Not bad, but could've been way better. This company does respond, but not as often as you'd expect them to.