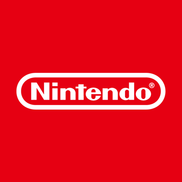 Having problems with Nintendo?

ComplaintsBoard.com is not affiliated, associated, authorized, endorsed by, or in any way officially connected with Nintendo Customer Service. Initial Nintendo complaints should be directed to their team directly. You can find contact details for Nintendo above.

Use this comments board to leave complaints and reviews about Nintendo. Discuss the issues you have had with Nintendo and work with their customer service team to find a resolution.

miitomo app keeps showing yandere simulator character and"baka"means stupid in japanese, "senpai", and"notice me senpai". I'm sick of seeing offensive jealous post and pictures it's horrible nintendo app(miitomo) supposed to be friendly and safe, but it's not anymore and I distrust it due to yandere post and picture content. It's creating chaos not peace. There's no peace and friendly on the app!

Didn't expect that the company I grew up with would have such a terrible customer service. Absolutely clueless and useless. Lazy, ignorant and obnoxious.
Judging by other comments, the nintendo is not what it used to be. I was ignored so many times that I start getting used to it. My issues aren't resolved, my money and time wasted on nothing. Very disappointing to admit it.

i bought the nintendo dc only one day before .wheni open it was not the same thing i want to buy . the very...

Nintendo — Lack of consideration for personal property and personal information

In February of 2010 my home experienced flood damage. My Nintendo Wii system from that point on was unable to function fully. It had issues programming remote controls and playing the Nintendo Game Cube games. However, it was still able to function with only one remote control; as such, my family and I continued to play. On November 27, I decided to purchase the new Black WII at Best Buy because I wanted to have a FULLY functioning Wii system for my children at Christmas. When setting up my newly purchased Wii system, I came across a problem. I had several games that I had purchased that were saved on my original Wii. I was unable to figure out a way to transfer these games myself, so I decided to call Nintendo Customer support to see if they could guide me on how I could transfer my old information, as well as my purchased games, from one Wii to another. It was then that I found out that Nintendo does not allow the transfer of saved info, games, and/or credits to a newer system even though it is owned by the same person. Dane at Nintendo told me that there was nothing Nintendo could do with regards to transferring stored information. However, he advised me that since my original Wii was damaged under extenuating circumstances (an unforeseen catastrophe), I would be able to send it to Nintendo where they would repair it free of charge and guaranteed that it would be back in my living room by Christmas. An email was sent with instructions on how and where to send the Wii. I followed the instructions and on November 30th, the Wii was on its way to the Nintendo facility. Using the tracking number provided with the initial email, I periodically checked the status of my system. According to both the Nintendo website and UPS website, the system arrived on Dec 6th and departed the facility on December 8th. On the 15th of December, my Wii still had not arrived. I called the 1-800 number posted on Nintendos website to, again, follow up on my package. It was stated on the website to be told to allow 6-9 days for return shipping. On December 17, still not having received my Wii, I decided to call; sensing something was not right. I spoke to Jade and was advised not to worry but was unable to obtain any specific information as to where my system was. I requested to speak to a supervisor, to which someone by the name of Danny answered. Danny proceeded to explain that my Wii was shipped out by the repair facility but could not be traced, but rest assured that Nintendo was working on the issue and I should expect a call from Nintendos Admin Dept. in 1-2 days; according to Danny, this was the department responsible for handling these types of situations. Nintendo customer service assured me, yet again, that I would have a Wii by Christmas even with slight hesitations in their voices. I decided to take them for their word and waited for a call. It is December 20th, there is no Wii and no calls, so I called the 1-800 number for customer service. A representative named Alex answers the call and I explained my situation. He informed me that United Radio had lost the package and to please hold because someone in the Admin department [needed] to speak to me about it. I got transferred to voicemail. I called back and at this point I am seething. Stevie answered the phone and I asked to speak to Alex to which Stevie replied, I am sorry but we cannot transfer calls to other associates. I then insisted on speaking with a supervisor. She asks for my information and puts me on hold. Upon her return, she tells me that the supervisor says to hold for someone in admin.

At this time, yet another representative, Justin, answers. I expressed my discontent with the situation as well as the service I had been receiving and the fact that I still had no Wii! Justin then placed a call to the service center in an attempt to locate my package. Justin got back to me only to declare that he could not locate my Wii. Nintendo offered me replacements for my Wii system, controllers, and games. The games, they stated, were not in production anymore, so, in an attempt to make up for my loss, I could choose one game from a list of games that they provided to me. Considering that I had lost my Wii system along with all of the information I had saved on it and that my information was now, possibly, in the hands of somebody else, this offer did not seem to sufficiently resolve the situation. So, after giving it some thought and discussing it with my family, I decided to call them back and explain to them how this whole process was unsatisfactory to me; not to mention, the fact that I had to chase them down for updates and have them finally tell me that they had lost my system was completely unacceptable. Upon calling back, I spoke to Ryan. I achieved no progress with Ryan regarding location to my Wii and how do I get it back. I again asked to speak with a supervisor. Josh answered the phone and proceeded to give me the same run around that I had been given the four times prior. When, again, I voiced my displeasure, he proceeded to explain to me that only two things could arise from this situation; that they could initiate a tracking investigation of the package with UPS and 1) it would be found and delivered or 2) after 8 days, the package cannot be tracked and I receive a replacement system. Why wasnt initiating an investigation done when they found the package was missing on the 12th or again on the 17th? When I pressed josh to speak to someone better able to handle customer service, he fumbled; when I asked for the name of his superior, he could not provide it. When asked to advise me of his title, he replied that he was the Service Advisor. Not even a supervisor could find the time to speak to me. Still to this date, no resolution has been reached while an awful, inexperienced customer service and administration department continue to field calls from the public. I remain disappointed in a gaming system that has held high regards for two generations of my family; this will not continue for a third.

I bought a nintendo ds for kid on 2nd may 2008 the sales at shop try convince to by insurance which is about...

I heard that nintendo was coming out with a new game called animal crossing city folk so I decided to do some...

Nintendo Wii — they dont care about you

my wii i bought for my daughter for xmas broke after just 5 days, i bought the bestbuy store replacement plan...

Nintendo
22
%
Not bad, but could've been way better. This company does respond, but not as often as you'd expect them to.