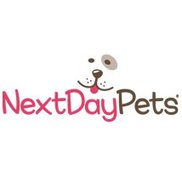 Having problems with Next Day Pets?

ComplaintsBoard.com is not affiliated, associated, authorized, endorsed by, or in any way officially connected with Next Day Pets Customer Service. Initial Next Day Pets complaints should be directed to their team directly. You can find contact details for Next Day Pets above.

Use this comments board to leave complaints and reviews about Next Day Pets. Discuss the issues you have had with Next Day Pets and work with their customer service team to find a resolution.

We attempted to use nextdaypets to purchase a puppy a few weeks ago. Filled out the application and paid our 25.00. We then were contacted by the breeder and were told a deposit would be necessary to make sure we got the female we wanted. After paying the deposit and asking for a picture of the puppy we got no more responses. We contacted next daypets through email and Beth responded. We were told it was between us and the breeder and received zero help from them. We even went as far as saying we didnt even care if we got our deposit back we just wanted to warn others by leaving a review on their site and she quit responding completely. Terrible site and service! Stay away and find another route to your puppy!

Next day Pets is one of the aliases for a pampered pups. We bought our teacup Yorkiepoo April 5, 2018. She...

I have signed up for NextDayPets and paid $5. Everything was ok until they've started charging me every two weeks for who knows what. When I signed up I was aware I have to pay $5 for the service but there was nothing said about some extra fees.
Customer service never replied to my messages so I had to call my credit card company and ask them to block NextDayPets.
I do not recommend this company. I feel robbed and the bad thing is that there is no way to get a refund.

I signed up for $5 and it was not so expensive and seemed like a great price for a membership. But recently I noticed that NextDayPets were charging me every two weeks for who knows what! When I joined the site I had no idea about that! Please be careful and don't make the same mistake I did! I tried to ask for a refund but they refused to give my money back. Well, at least they stopped charging me and I successfully deleted my account.

www.nextdaypets.com — Waste of money and I haven't found good puppies

I thought about to buy a puppy and signed up for the website www.nextdaypets.com. People, be careful, because...

Next Day Pets — Purchased one dog - received another!

I found next day pets September, 2010. I found a puppy I wanted, a solid black malti-pom with a tiny white...

Nextdaypets — Sold me one dog - delivered another!

I found next day pets September, 2010. I found a puppy I wanted, a solid black malti-pom with a tiny white spot on it's head. I talked to the infamous Michael who ASSURED me that the puppy I was purchasing was the puppy whose picture I was looking at. He assured me that it was and even went as far as to tell me it was at his house and he had been playing with it all morning. So I purchased the male puppy. A few hours later I heard from Michael that the puppy was coming in the next day at 4pm. The following morning he called and said the flight was layed over and it would not arrive until 9 pm. He called again and said the puppy wouldn't arrive until 11 pm. He called still yet again and said it would be after midnight, but don't worry because the puppy was being taken out and played with at the airport. Yeah right. At 1 am the flight finally came in. The cargo building had long closed so we went up to the main terminal's baggage department where I found a very scared little puppy with no water or food, it had been eating it's *** and the carrier had been sealed with plastic zip locks that had to be cut off, hence the scoff at Michael telling me that he had been taken out and cared for. On top of all this horror, when we finally got the dog to the car and drove to a store that had lights so we could see what was going on and cut the zip locks I pulled the dog out to find that it as indeed NOT the puppy from the picture, not by a long shot!!! Totally different coloring and facial features, ears, you name it. I looked at the paper the vet signed they sent along and they listed my dog as a maltiPOO. This company could care less about their animals, their clients, their reputation. They are without QUESTION a conglomeration of puppy mills. I love my little dog, but I DIDN'T get what I purchased. Michael is a liar, a cheat, a dog abuser and a snake in the grass. Ill gotten gains are his passion. How sad and hideous for him. Karma, my dear Michael, karma finds everyone sooner or later.

Nextdaypets.com is scam if I ever saw one. They try to come across as protectors of the public. Their charge...

Nextdaypets.com — The customer service is rude and they do not list their fees appropriately

This site is horrible - The customer service is rude and they do not list their fees appropriately. Their links lead you to the wrong page and when you think you are purchasing one thing it is a completely different service and they do not want to offer a refund.

It took more then 2 weeks for my item to ship out; I called and emailed nextdaypets.com the response given is that they would have to get with their warehouse. I again asked and asked and get the same response. I am trying to figure it out is their warehouse in China? horrible customer service, they don't know the meaning of what customer first is and all their complements are lies to draw customers in, hook line and sinker!

I am just amazed on how they have tried to avoid the question like the plague, truly amazed, I am never buying again from them again...

We ordered a dog bed from www.nextdaypets.com. The bed arrived and we determined it was too small. I went to the website and followed all of their "rules" in regard to returning an item. Long story short, we're getting the runaround or nothing at all from them...no return authorization number(I've asked 3 times as of today)...they said at their last communication (12/11/09) that they were "reviewing" my request (I just want a return authorization number - if there's an "issue" with the item it can be determined after I return it!) I will never do business with this website again and suggest that you also look elsewhere - luckily there are many other pet supply businesses out there.

I Have Been Scammed Of 600.00 From A Guy Named Eric M.chenwi In Cameroon, , i Was Purchasing A Darling Yorkshire Terrier..(supposedly)...this Man Is Very Convincing And Tells You That His Sister Who Lives In New York Will Ship The Pup To You...the Reason He Is In Cameroon Is That He Works With The United Nations...ha!!!please Everyone Don't Send Any Money By Wire At All For Anything...i Was Too Trustful And Have Learned My Lesson The Hard Way...i Made A Complaint To Next Day Pets But Their Site Does Not Back What Is Listed...just Beware!!

Next Day Pets
33
%
Not bad, but could've been way better. This company does respond, but not as often as you'd expect them to.