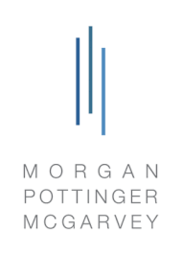 Having problems with Morgan Pottinger McGarvey?

This law firm is absolutely the worst to deal with on any matter. I was having an automatic withdrawal from...

This company is fraudulant and ruthless. You can not even speak to them. You try to have a coversation with them and with them, it's their way or no way. I called to speak to them about a garnishment they had placed on my check, for 25% of my paycheck each payperiod. I had no clue what the debt was. When I contacted them, they were VERY RUDE, to say the least. Finally, I was told that it was a debt that pertained to a credit card from 2001. (9 years ago) In Ky the Statute of Limitations on a credit card debt is 5 years. I mentioned that to the guy I was speaking with and he immediatley told me he did not care. That they were garnishing my wages and if I had a problem with it, Get a Lawyer. My main problem with this issue is that I was never notified of a court hearing or process to dispute the debt or anything. One day I get a notice in the mail telling me that my wages are going to be garnished and if I had any questions contact the Company. I tried that. They are not willing to work with anyone on unresolved debt. My only choice now is to file bankruptcy. I am a single working mother who lives check to check now. I can't afford to have an additional 25% of my check taken away. These people are vultures and have no sympathy for working people. My intention when calling them was to work out some type of payment plan with them. Now, I will file bankruptcy and they won't get a penny!

This law-firm continually calls my business phone and threatens lawsuits and worse for a debt that is not mine to begin with. They are also barking up the wrong tree because I am not a resident of KY, or any of the states they practice it. I have already went thru hell with the credit bureau's and now 4 years later these yahoo's show up and demand money. I have written, and sent a certified letter to them to stop, and it did, for 6 months. Now they are back again. I am not going to give them my SS over the phone so they can look up the correct debtor. These guys are a Rouge law-firm and need to be shut down. FYI the debt is way out of the statute of limitations.

In 2002-03 I had a credit card with Capital One with a $500 limit. Due to a discrepancy I stopped paying on the account in Jan 2004 where my last statement showed a balance of $350 -- all late fees, member fees and interest. In 2007 collection attorneys Morgan & Pottinger bought or were retained to collect my credit card debt which had climbed to $980. M&P filed a judgement against me to collect via garnishment. So called reasonable fees were added in the amount of $980 interest and over $700 in additinal interest charges. My wages were garnished (I had just been promoted) and it lead to losing my job in Dec. 2007. I also had to quit school where I attended evenings to take a 2nd job (and I've never been able to return to school). The total garnishment for 4 months was over $1600. In April 2007 my checking account at Republic Bank was garnished when I deposited $400 to cover my car payment of $390. The ACH debit was covered BUT I also got a letter from the bank stating that the $400 was garnished ($100 for the bank fee, $300 to M&P). In addition I deposited $225 on the following day when I realized my account was overdrawn. Too late though because 6 checks I wrote were returned insufficient funds (all small amounts such as $15, $25, $26). My overdraft protection was terminated Feb. 26 so in essence the bank used the same funds twice. That is the $400 deposit was used to pay my car payment (which I authorized to Toyota Fincl Svcs on 4/14). On 4/17 a letter was sent to me from Republic stating the garnishment would be paid on 4/30. I contacted the bank who would not release the funds without a fax from a court. After that my account with fees with overdrawn $743. I believe that Republic Bank used the same funds twice -- how is this legal? In September 08 I made arrangements to pay Adjustment Bureau LLC a downpayment of $300 toward the bank debt and $75 per month. In all I paid this collector $475. In January 08 I lost my job and was unable to continue the payments. I was ready to renegotiate a payment plan in March 08 but when I got a letter from Morgan & Pottinger stating "we've been retained by Republic Bank to collect your debt" I realized that Adjustment Bureau, who I'd been paying for the overdrawn account, and M&P have the exact same address. Their letters, including format, font, are identical. I then called Adjustment Bureau and the collector denied they are related. "We're in the same building but on different floors." she told me. I believe this is a scam and intend to pursue this further. I'm intersted in a class action suit if any are out there. My research also indicates that Republic Bank is also affiliated with Morgan & Pottinger. I believe that as a customer of that bank I was due some loyalty -- instead they basically stole from me and now are further penalizing me by overdrawing my checking account. In all the original debt of $350 to Capital One has ballooned into a huge and never ending amount. It has also caused tragedy in my life including job loss, check cashing fees, loss of income, loss of medical benefits, loss of future 401K, loss of SS benefits, relationship problems, health issues, a car reposession, and more. In all the monetary cost to me has been loss of future earnings and expenses in the amount of over $500, 000, possibly closer to 1 million. In addition the credit score it has left me will cost me a fortune in interest. All this over a disputed $350. Morgan & Pottinger: Your company has no scruples, your tactics are predatory and you cause great harm to good people. While you drive around in fancy cars, living in a great home, you are doing so by driving others to bankruptcy and worse.

This company procured Morgan and Pottinger of Louisville, Kentucky to draft a lawsuit against me for an...

Morgan Pottinger McGarvey
100
%
This... this rating shouldn't even be possible. Not every mother cares about her own children how this company cares about their customers. Perfect!