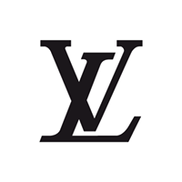 Having problems with Louis Vuitton?

I was shopping in Louis Vuitton and there was 2 ladies just loudly screaming and laughing as they came in.I...

Purchased an LV bag which I wanted to years...I carried it for five months and the strap is coming apart. The LV store wanted $140 to repair it; the customer service headquarters would do nothing. They claim it is their policy to charge for repairs.
The CS rep told me that their bags come with NO GUARANTEE. Really.


Where else can you spend over $1200 on a bag, carry it for five months and have it come apartment - Kmart. I will never purchase another LV product.

falsified claim to get refund

This lady is a cynical liar!!! she bought my LV Manhattan Bag on ebay, Immediately after she received the bag...

On 1/24/14 an order for louis vuitton replica totaling $159.96 from newcheapwallet.com was placed. A third party, realypay.com


processed the payment. Realypay.com sent me a customer support link, [protected]@realypay.com to review my order and said item


has been dispatch but no tracking at all.


asking for tracking info and instead I got a message saying my order was not in stock. The company newcheapwallet .com emailed


me finally after ignoring my email for weeks sating item is out of stock, their website stated out of stock orders are fully refunded. The


communication with both newcheapwallet.com and [protected]@realypay is very poor. It's been one month and I have not received my


refund. The website send me another line to choose from which i did not trust them at the point so i have been asking for my refund


with no reply. This is nothing but a scam and they need to be dealt with.. SCAM, SCAM, SCAM.

I purchased Louis Vuitton Raspail handbag online. Upon receipt of this bag, the dimensions were smaller than...

I just wanted to do forced refund. Seller is not answering my email. There's no contact number as well! I told him before that I wanted to do refund but he refused! Here's his email address [protected]@hotmail.com. I bought lv bag and wallet one of your seller but when I received them its fake! The quality is not good! Second thing my bank charged me twice for a total of 1508 in beijing money. On the receipt that they gave me its written only $5.. So how come they are charging this much!! I don't need fake and low quality of goods! So please refund my money! Reverse it to my bank account. I don't mind if u will ask me to send back the goods I just wanted to have my money back! I have the rights to do this especially im not satisfied to goods i've received. They cheated on me! You gave me password together my username so I can log into your site.. But when I tried it it's not working.. It says username and password incorrect. Kindly reply to my message asap. Thank's!

Louis Vuitton has THE worst customer service and return policy. I was treated rudely and was denied a return on an unused bag with 13 days of purchase. They were extremely pleasant at purchase and when I advised the bag was not used and that they were incorrect, the salesperson rudely said, sorry but the bag is yours!!!' That is what $2k will get you. Poor quality, poor service. I am amazed at how I was treated on top of them not taking it back. I have disputed with my cc and will continue to pursue. I will NEVER spend money with LV again. My first time and my last.

I received a Louis Vuitton bag for Xmas 2012. A 2800.00 us bag. As of today my bag latch broke (3 mos) and I brought into my local Lvi store. I was told it would take 4-6 weeks to replace and they sent me away with a Lvi brown bag which I emptied my purse into. I deciided due to the horrible response to this matter.. I will carry the Lvi brown bag with me in my travels as my purse. If anyone asks... I'll tell them my story. Lol

no address or phone number

I made an online purchase for what was supposed to be an authentic Louis Vuitton bag and wallet from an outlet store. The store's name is LouisVuittontt.com. I have emailed them and there is no address nor phone number.

I ordered what was guaranteed authentic Louis Vuitton men's wallet and duffel bag. The box it wa...

I just had horrible experience in louis vuitton store

I just had horrible experience in louis vuitton store (Within macy’s) in long island roosevelt field mall, new york. I bought a bag for my wife, but she didn’t like the style, we went back to the store a week later for refund or exchange, we have the original sales receipt & original used bad, and it’s within lv 14-days return policy but was denied from a snob manager (Fan). She pointed out small tinny spot on the leather, which is unreal!! The bag was never been used (Which they agree) and still is the original condition as they sold to us! She didn’t even bother to discuss with us, not even offer us store credit or anything…… her unprofessional service manner should disqualify her be the manager! It was totally different attitude when we bought the bag compare we return the bag! Louis vuitton only put up with the smile when customer pay $, not afterward???!!! This experience is very very very disappointed from this so-call “luxury” brand?? At the moment, we feel we just got robbed!!

this company is out of shanghai I believe

I made an online purchase for what was supposed to be an authentic Louis Vuitton bag and wallet from an outlet store. The store's name is ilouisvuitton.com or louisvuittonbuy.net. Not sure which one because the website keeps going down. I have emailed them and there is no address nor phone number. A company called PTSHY.COM SHANGHAISHI CNUS charged my credit card and sent me a confirmation on January 13th that my order was being processed and I would receive it within 10 days. I still haven't received the order and every time I send them a message it comes back undeliverable. I finally received an email from Jenny Jenny that they had a festival and that is why my order has been delayed. I have sent information to the FBI and I have requested a refund, but now the website is down. This company is out of Shanghai I believe. I did a really dumb thing by doing this. I don't normally do things that are so naive, but I want my money back.

Hi guys! I'm also a victim of this kind of scam. dale adrian mangahas be aware of this seller from...

Beware before you purchase a Louis Vuitton! I have a Totally MM that I purchased 8/10. The canvas began to...

its a scam, never received it

We ordered a purse, totaling alittle over 228.00 in the beginning, of dec 2011. Dec 2nd to be exact. Received a tracking num Of 102, never heard anything else. There is no phone number and no address listed. Our emails go ignored and the tracking number is nonexistent.

Be careful buying any Louis Vuitton product. I bought a $500 wallet and a $300.00 key fob from this store in December 2010. I took it back in a couple of months because the stitching on the wallet unravelled within a year. They told me that they don't have warranty at all on any of their products. The manager stated that as soon as you walk out of the store and use their product then you own it whether it lasts for a year or not. No way to fix or return the product for you and that you would have to take it somewhere else to get it repaired. This is really bad warranty considering that if you bought a wallet from Macy's or Nordstrom and paid $500 for it they will automatically take it back if you have the receipt. You don't even have to have a reason to take it back. But this wallet obviously was very poorly made since the stitches unravelled. Too bad for Louis. They don't stand behind their products at all.

first and last! never anither louie!!! worst service ever! sales people are incompetent and I hope the company goes bankrupt!!!

Don't ever buy anything Louis Vuitton! If you're thinking about it, go to a different brand! The...

Seller sold wallet as an authentic lv wallet on june 27, 2011, never used as I was planning to use for a trip...

Buyers Beware!!! This company after doing intensive investigation are not authorized by Louis Vuitton to sale...

they stole my money

I have tried to solve for going on 5 mos' ', I am new to on line purchasing. My husband bought me my 1st . computer last may . Dec. 9th. of 2010 I went on line and purchased what I thought was 2 REAL Louis Vuitton handbags . within @min of my purchase I felt as though I got taken (that they were not real, because of the price)I go straight back in to the computer and it would not let me take the purchase off . I immediately contacted my CC company. They offered me little to no advise, except to call back in 3to 4 business days to see if it had gone through, which it did . The fake company ( I call it fake because the co. goes by more than one name ( so says my cc company . ) I have E-Mailed the Company 4, 5, or 6 times. Still nothing . I have called and written, my cc company, to which each and every time they have ask me for something different . been there and done that . sent every thing that they ask for . I even went as far as getting the Post Master at my little P.O. here in my town to write them letter that explains ... I received a pkg from the fake co, did not open and on the advised of him I SENT IT BACK RETURN TO SENDER. The co has my money, I have no product, and my cc wants me to pay !! This is computer rape . Our government lets anyone and everyone make up a name and put Fake and fraudulent merchandise on line for the consumer to loose their money . Where does the buck stop ? Who monitors the internet to keep us safe? ...The amount was $427.52. Earlier I also lost $ 500.00 To a travel company' Cruiseland Promotions' I paid down on a cruise for my mothers 83rdbirthday for 2 cabins . I tried on 3 occasions to book it each time I attempted to do so they were so nasty, I just don't want to do business with them and they refuse to give my money back !! Clark I am SO TIRED OF GIVING MY MONEY AWAY WHAT TO DO ? My name is janus pope [protected] . You are the only person that I know I can turn to . One more thing I also lost 300.00 to Delta airlines this year we booked a flight to N.O. La. and within 5 min decided not go and lot our money for that as well I AM NOT GOING TO LOOSE ANY MORE MONEY

Louis Vuitton
3
%
Doing nothing would be this company's favorite pastime, if they had the energy for it.