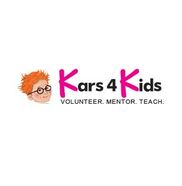 Having problems with Kars4Kids?

Hi, My name is Norma Macias. I donated my vehicle in August to Kars4Kids. They arranged for the pick up etc...

The commercials on TV and radio are deceptive which in all reality are scams. This has already been reported on many News stations and newspaper articles as well as the internet. Why has nothing been done. Only just a few minutes ago i was watching MSNBC when an ad came on for Kars for Kids. In short I'm furious that this is still going on after so many years and whoever those involved turning a blind eye. DO SOMETHING!!!

I donated my car on September 28th. Waited a month for my receipt and called to find that it was still sitting at the towing company. Was told it was going to auction that weekend. It is now November 30 and I have still yet to see a receipt or voucher. Not sure what happened to my car and the customer service representative nearly hung up on me before I could ask any questions about what is happening. Still not sure when I will see a receipt still waiting for my receipt. They have not communicated with at all about what is going on. I have to call them to see what is going on. Feel like I am getting the run around and starting to feel fraud is going on and they stole my car.

Vehicle purchased from a donation

I have to mute the tv, or radio when this comes on. The jingle in so off key that it should irritate anyone...

Not complaining about the charity or what they do with the money but really questioning their pricing of...

This is actually a fraudulent charity and they are all are multiple charities associated with this specific...

I donated a car to them and totally regret it. I suggest people find some other charity to donate their car to. The same thing may happen with another business but sometimes the devil you don't know is better than the devil you do know. The problems:
- they started sending me junk mail (using my mailing address)
- they would not reassure me on the initial complaint that they would stop
- they promised to call back to make that assurance but did not do so
- they claimed they did not sell my address to other junk-mailing third parties but refused to explain their business process for the handling of the mailing list to verify that their claim had any substance
- they claimed that they were in compliance with regulations about the handling of personal information but refused to specify what regulations they complied with to verify that claim
- they refused to allow me to discuss my complaint with anyone higher than the help desk assistant manager

I have a nice vehicle to donate and heard the radio jingle... So, helping kids sounds good...right? ... WRONG!
They use the children's voices singing to tug at your heart.
Upon further investigation, I found an all Jewish board behind which takes in 35 MILLION a year and gives ALL the money to JEWISH kids only! Call me crazy but don't children of all backgrounds deserve help. So, the money goes to sending Jewish kids to summer camp and ALSO to Israel trips where they can stay on OCCUPIED land. Land stolen from indigenous Palestinian people, villages once farmed by these innocent Arabs are now, bulldozed and made way for settlements. The settlements pushed further and further into Palestinian territory. Growing the terrorist/human rights violating regime of Israel. AMERICANS, educate yourselves on the lies fed to us... Some of which begin with innocent misleading commercials of kids singing.

I made the mistake of donation to this so-called K4K...They are a bunch of Banana nose's ripping people...

no pick up or tax receipt

My car was picked up in July. The driver called about 20 minutes before pick up. I told him where it was on...

They are slow on their paperwork - compromises your safety, read on

Watch out. I donated a vehicle, did my diligence, filled out my paperwork - submitted my changes to the...

My husband and I donated a car to Kars4Kids back in late May. We received the vacation voucher and were...

I recently Donated a 92 Chevy Custom Van to KARS4KIDS.ORG. and was given a letter Of donation in the amount of $500 for a vehicle that was worth in excess of $3000. It was evident when I wrote the organization they couldn't care less about fair market pricing and unfortunately after the fact I discovered the number of complaints lodged against them in the past. I would think not twice but 10 times before having any dealings with them.. unless you don't mind being Taken for a Ride in your own Car.

What a joke. We donated our car to Kars 4 kids and were told we would get a 2 night 3 day hotel stay with...

We had a truck that we wanted to donate since it was still running, but we no longer needed it. I got online...

Kars4Kids
0
%
Doing nothing would be this company's favorite pastime, if they had the energy for it.