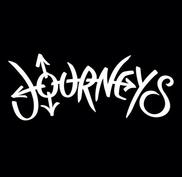 It's a shame that my son applied for a job position at the local Journeys, he interviewed for the position...

I bought something on christmas day and still have not get it today. I check when it going to come but it always says unavailable. did you guys rob me or something? I don't know what to do no more. Please help me out and get it shipped to me because im starting to get mad and thinking about a refund. I would be mad if i don't get my thing. I thought this shipping is a 3-6 day process

i'm complaining about the manager

The manager in this store is very rude!! I went in today to exchange a pair of shoes I bought a few days ago...

manager is letting a part timer do returns and count money at the end and it’s not fair for everybody else.

I think is very unfair for the manager to let a part timer do returns and exchanges and even count the money...

I ordered shoes online directly from Journeys website, and have received confirmation both on the site and in my email, that I purchased ground shipping and that it would only take 3-5 business days. That was on the 5th of this month. It's now the 12th and I haven't received any further feedback. I tried tracking my order and it says "unavailable". I called customer service and received some crap answer about it being shipped direct from a vendor, but that doesn't explain why I was told by online confirmation AND a separate email a time frame that apparently was a bold lie. The representative gave another lame excuse saying that I should receive another email "sometime" next week about the status. Bottom line, if I buy something and it tells me it should be here in a certain amount of time, and says NOTHING about third party vendors, then that's what I expect to happen and I also expect your company to be able to figure out where my purchase is, instead of guessing when someone "probably" will get a hold of me...never again will I waste my time or money with you guys

Hi I am a frequent shopper at your two locations located in Lincolnwood town Center I just want to bring to...

On february 24, 2019 I ordered a shoes. Order number: [protected], I ordered a port royale red, when I checked the status of my order it says item was shipped but it was the wrong color from what I ordered it says they shipped a burgundy but when I received it, it was a black one. I am requesting my money back or sent me the item I ordered. This was a mistake from the store it came from or the warehouse, I am not willing to send anything back, all I am requesting is to send me my money or send me the correct item, that was you guys fault not me. Attached is the picture of the one I ordered and the one that was shipped and the one I received. The email in my order is [protected]@gmail.com

I purchased three pairs of tennis shoes on 11/23/18 as a Christmas presents for grandchildren. Christma...

I purchased the tall bailey bow uggs from the store on January 5th. They didn't have my size in the color I...

I went in Journeys Kids on December 22nd to purchase a pair of shoes for my son he wanted for Christmas. The...

I ordered on dec 8 th 2018 and my order was cancelled on dec 10th due to no product available. They continue...

I was in your store last week buying shoes when Lucy a sales clerk came over to help me. She is very good at...

to whom it may concern, i was visiting town and was at rolling oaks mall in san antonio, tx and was walking...

Initially, when entering this location with my children for school shoes this burly lady with a wig and...

I placed an order on August 9th of 2018 it said it would be delivered on August 14th of 2018. Coming in two different shipments shipments. I received one but the other one I did not. I looked it up because it said I should receive both instead I only received one so I was wondering where the other package was. I then tracked the other package which FedEx was carrying and it said refused by customer. I then called FedEx to ask because I looked it up and it said that it was undeliverable because of the address. I explained to them that on my Journeys website my address was correct then they told me that it was going to be an extra $15 fee charged to the shipper because of the address and they would need to correct it before they can send it out again. I explained to them that I was not trying to pay an extra $15 when it was showing that my address was correct. So they instructed me to call Journeys.. at this point I'm frustrated because it's showing that my shipping address is correct so I called Journeys! I was on the phone for over an hour waiting I was not even speaking to anyone.. I was waiting! She said to me that my address was correct in their system as well and placed me on hold to call FedEx. After being on hold for about 35 mins the phone hung up so i had yo call back and explain all over again to another young lady. She placed me on hold again and then come back to say that it would have to be investigated and that could take any where from 8-10 business days. I then politely ask for a refund because like I said school starts Monday I should not have to wait when I did not mess up anything and everything was correct on my end. She placed me on hold and come back and said that she did submit the refund and it can take anywhere from 24 to 48 hours. Today is August 16th of 2018 I still have not gotten my refund I didn't call Journeys back and I asked her what was going on again I had to explain the situation all over again. She then come back and tell me that they are going to receive the package today and that it can take anywhere from three to five business days after I told her that I cannot wait 7 to 10 business days to receive my refund when again I have done nothing wrong. Like I did explain to her UPS have always deliver my packages I have always received my packages on time if not before. I have always ordered from Journeys so this is the first time that I've had this I'm I'm not sure is to who messed up on which end but it was not me and it's really kind of frustrating when no one is doing anything about it.

I went to the journeys store at Tempe market place to shop for socks. Right when we entered some girl...

I was in there looking at shoes in the Branson store, and a manager walked in and was being as rude a...

Journeys
1
%
Doing nothing would be this company's favorite pastime, if they had the energy for it.