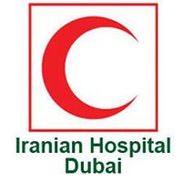 Having problems with Iranian Hospital - Dubai?

Dr Mohammad Boostani is a Complete bully.
He never lets a patient talk or explain what ails them!
He shuts them down, and raises his voice

That is after keeping you waiting for long periods of time

He has done it on several occasions and to different patients!

He's the main reason I will never visit Iranian hospital ever again!!!

Disregard on all fronts for patients!
Awful experience!!!

The worst hospital ever that contains the worst doctor Muhammad Tabari for the nose has destroyed my life and ended it very unfortunately. Visiting the Iranian hospital is a disaster in the presence of Tabari. A complaint must be submitted to the prosecution for tabari and in the name of the Iranian hospital that allow such traction
Doctor made my nose smaller
. Exaggerated nose reduction, bone fracture, cartilage removal, black spots under the eyes, and bad breath

The complaint against the Iranian doctor in the Iranian hospital _ Dubai Dr. Tabari after he completed a plastic surgery and deviating the pace of the nose in a non-peaceful manner other than what was agreed upon and the nose was mutilated with pictures accompanying Dr. Tabari did not explain all the details of the process before the operation in a way that indicates a bad way to exploit the patients, the doctor exploited The patient's weakness in communication and knowledge of all the details. The result was a distortion of the nose and a bad condition after several consultations, as he broke a large part of the nasopharynx, indicating the weakness of the surgeon's efficiency.in addition, he did not modify the deviation and I am now suffering from difficulty breathing.

Please help in reviewing what happened to me,

To whom it may concern,
Whenever I go to Iranian Hospital, i am facing the problem of this particular cashier her name is Balouch. She clearly doesnt know what she is doing.

First, when my number was appeared on the screen i directly went to cashier c which is Balouch is in there. I stand there long time because the other customer is still there and i am waiting for them to finish whatever their concerns. I told balouch i will just sit there call me if you finish. Then i saw the customer left already i stood and gave her my qeueu number the other customer went to her saying this is his turn. Then Balouch told me why you didnt come when your number was called, i told her i was standing here since the number appeared on the screen. She was saying that i didnt come early that is why she called the next number. I told her that she can check the camera. Then she stop.

Second, i was approved for direct speacialist. Sge entered in the system and issue me the receipt for GP. When I am going to my specialist, I noticed my receipt that I need to go to GP. I ran to cashier again because it is almost 7pm that my doctor is only until 7:30pm. I told Balouch to check my approved paper, then she said. Oh, this is for Doctor Ghasnavi. I told her why she didnt check this earlier she replied to me im not checking this approved paper only the small one. I told her this is the approved why you are checking the qeueu number paper.

Third, I go to reception to know the cashier's name and how to file a complaint. Then one lady is complaining also the same reason i am complaining. That she dont know what she is doing and the qeueu is slow for her to handle. She is incompetent. She needs training for this. I hope the management will do the action. This is not the first time.
This is everytime I am going to the hospital I faced this kind of problem. Her lack of knowledge.

I hope the management will do action for this kind of matter.

The worst experience ever. I came to the hospital with abdominal pain. After check up the gynecologist Miri...

I came to Iranian Hospital for chest pain and i came to doctor and the doctor in turn refered me to the xray...

visit this site above first

Iranian hospital dubai is the worst hospital ...surgeons are worse than the hospital itself

Tabari - Mohamad Reza is the worst surgeon plus i have now come to know that also there are many other patients from this hospital who are so unsatisfied with the hospital surgeons and staff and their surgries and many cases in the court are filed againt this hospital and on many of the surgeons in the hospital ...omg what the hell i have done ...my biggest mistake of life ..i did the surgery 8 months back ..and i have lost everything that i loved the most ...my face, my looks plus i have physical problems ...im destroyed i am almoist at verge of killing my self...please stay away from this hospital and doctors and surgeons ...please...

Dr Tabari - Mohamad Reza... Was the doctor who did my surgery the surgery was nose surgery.. The staff was so ignoring and so rude... After the surgery I had problems with breathing.. Bleeding.. And my eyes were black plus the shape of my nose is badly outshaped... Whole shape is desroyed and now it is so ugly... And it is still after 5 months of the surgery... I have lost every thing... My life is a mess now.. I was a 1000 times better than this befor ethe surgery... The doctor started abusing mw with rude words when I came back to him "saying that nothing can be done get the hell out of here plus abused me a lot"... He was so opposite and friendly before the surgery... Please please my life is destroyed and I dont want any ones else life to be destroyed... Dont ever think of going to this hospital for anything and espically ti this dr tabari - Mohamad

He is worlds worst surgeon a butcher, he destroyed my life after me doing rhinoplasty surgery from him, he reduced my nose so much that now i have trouble in breathing and my whole shape of nose is destroyed and i have got dark circles after the surgery, im am completely ugly and have problemes in breathing as well...god vlast you ..i curse you doctor you will never be happy in your life ...he after the surgery is so ignorant and all rude ...im almost at verge of killing my self ...god blast you Dr tabari.hes a wolf in sheeps clothing

Iranian Hospital - Dubai
17
%
Not bad, but could've been way better. This company does respond, but not as often as you'd expect them to.