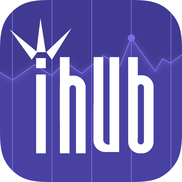 Having problems with InvestorsHub?

ComplaintsBoard.com is not affiliated, associated, authorized, endorsed by, or in any way officially connected with InvestorsHub.

The boards are so corrupt. The moderators allow outright lies about a stock to be posted and delete honest replies. This allows for stock price manipulation by day traders. In fact many of the moderators are the worst offenders. They also allow racist post by members and the moderators. Since this is otc the sec does not get involved. Very corrupt way of doing business.

Please remove the 2 moderators on WNBD board who consistantly bash the company and make personal attacks against Eric, the CEO.
They also pin post that should not be pinned. 2 IH Admin. wink and tolerate the moderator's Biased behavior.

Here is one quote by first moderator Dennisb68
"The only thing Eric has been good at is deceiving shareholders as he has taken company debt and transferred it t0 the back of shareholders with dilution and Reverse Splits that destroyed the value of their shares."

Many Companies issue shares to raise capital and convert debt.
To accuse Eric, CEO of be deceptive is a personal attack of the man.

The other Moderator who is constantly bashing WNBD and making personal attacks against the CEO is InvestorsHub moderator name: doogdilinger.

Please clean the WNBD message board up so investors and potential investor can visit without being subjected to the constant allowing of bashing post by moderators.

I have been an avid fan & user of InvestorsHub since Feb2006 and I hope to continue that for a long time. Thank you for your honest efforts in keeping a nice message board site
Sincerely,
Rookieman1 : InvestorsHub UserName

Mods on this board are purposely saying nasty negative things trying to get the price lower which is illegal...

I joined Investors Hub hoping that I could get some good honest discussion about stocks and companies. I was shocked to find out that the Ihub moderators kept removing my posts.

I posted several times, correcting numerous pieces of false information about a stock and company. My posts were removed by the Ihub "moderator", it only took him seconds to remove anything that contradicted his false information. When I asked the Administrator why so many of my posts were removed, they claimed I violated "the rules' but could not explain how. In one of my posts I asked the poster of the false info why they posted that info. I was told by Ihub Administrator I was not permitted to ask why. Asking "why" was against the rules.
When I asked for further explanations of the rules Ihub couldn't give me any, and claimed I was "hassling" them by asking for explanation and telling them I did not understand their arbitrary and whimisical way of removing any posts they wanted to remove. They said they would not allow me to post there any more.. Any challenge to what they are doing gets squashed! I think Ihub is clearly being run by stock manipulators who control whatever gets posted by removing anything they don't want seen, especially if it is factual info that can be proven.

I found my experience at Ihub to be actually so repressive it was scary. I have participated on message boards for 25 years, but this one is one to run away from!! PLEASE get the SEC to investigate Ihub it should be shut down. It is not at all what it claims to be. They are affecting the stock market and people's investments yet they seem to only give their blessing to those who post false info.

IHub will delete any of a members post regardless if it is a TOS violation or not if it is in THEIR best interest. IHub has persistently broken their own rules and regulations throughout almost every single stock and personal board on their website. If you want a fair and unbiased message board for stocks...STAY AWAY FROM IHUB...especially the paid services.

So many of the message boards I try to post relevant information on get deleted. Suspended posting priviledges and banning me even if I use different aliases. Only way around it is to use vpn's virtual private networks but it seems pointless when anything pertaining to the stock I post on is removed. Yet a certain one on an AMBS board called "Desolation Row" is allowed to constantly defame the CEO endlessly and repetitively. Can someone not do something with these idiots? I filed a complaint to the SEC and they have done nothing. I would like this site shut down permanently and the admins and mods jailed..but it seems according to complaints that have been going on for years that nothing is being done...

People beware, the management and administrators (commonly known as admins) of ihub are very biased. They pick and choose what they consider a violation of their "TOS" based soley on if you are a paying customer or not. I have personally seen posts removed by free members for violations of ihubs "TOS" and have seen paid members posts, even though they are also clear violations of ihubs "TOS", get left standing. A personal aquatince of mine even received a degrading message that was sexual by nature from a paying ihub member and even though this was reported to ihub admins, they did absolutely nothing about it. It strongly appears that ihub promotes that kind of abuse as well as allowing certain ihub members to manipulate stock prices. Does anybody know where ihub can be reported or if there is any pending legal suits against ihub that information can be turned over to?

Investors Hub is the biggest fraud going on today. Do not give them a penny. Two employees there Shelly and geek(Dave) are rude and stole my money. I will be sueing them next month. BTW this will not be the first time they have been sued and LOST. Biggest bunch of loser on the internet. BEWARE and stay away from this company

This group knows what they are doing. In many cases the public does not. They are masquerading as a forum. Which is a place to share information, opposing opinions etc. With the amount of traffic they get, they COULD be in a great position to provide truth.

Anyway, it is very clear that they are taking money from pinksheet companies to help bolster the share prices. They employ cheerleaders to post ridiculous claims and price targets. They delete posts from people with valid questions and points. They use the "ibox" as a way of broadcasting hollow claims of value (dd) on selected companies. The list really does go on and on.

I think it is very clear that this site is using their traffic to promote selected stocks with falsified information. The only logical reason is a partnership or contract with those companies.

I can't provide much proof here, but I would advise that you read the posts there with extreme skepticism.

The complaint has been investigated and
resolved to the customer's satisfaction
Resolved InvestorsHub.com — Scam and cheating!

From my observation, and in my opinion, Investors Hub has created a perfect venue for the free and open...

InvestorsHub
55
%
This company definitely cares about its customers and responds to overwhelming majority of complaints.