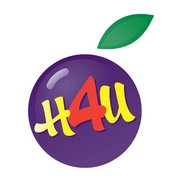 Having problems with Healthier 4U Vending?

Run, don't walk away from this company. I looked up their score with Dun & Bradstreet and there is an 8 out of 9 chance that they will go out of business or declare bankruptcy. Obviously concerned I started looking more closely at the company. I found that they had bankrupted the previous business opportunity they ran. I wonder how many people lost money in that deal? One of their customers won a $100, 000 judgement against them before the State of Washington dissolved their company. Then after getting a heads-up from a competitor I called the office here in Illinois that licenses business opportunity companies. They said that Healthier 4U was not registered to sell to Illinois residents and they are violating the law by even offering a healthy vending business to me. I bet this is the case in other states as well - probably one of the reasons Dun and Bradstreet has scored them as a high risk company.

They said a lot of things that I found later to be untrue. Their contract said they did not talk to me about how much money I could earn but the salesperson went into a lot of detail about return on investment and how quickly I would earn my money back. Many things they said did not match up with what they say in their contract and the contract says that they are not liable for anything verbal - only what is in the contract. Nice.

If you are looking at the healthy vending industry I would DEFINITELY NOT consider Healthier4U Vending.

Healthier 4U Vending
Doing nothing would be this company's favorite pastime, if they had the energy for it.

Most Discussed Healthier 4U Vending Complaints