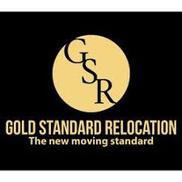 Having problems with Gold Standard Relocation?

I waited a few months to write this post while waiting for action and response from this company and unfortunately I cannot wait any longer. I used this company to move from NJ to Texas this past summer. This company is a moving broker so they subcontract other companies to perform the actual move for you. They used a non-FMCSA licensed company for my move, which is illegal (I have the documentation to prove so). Multiple boxes and items were misplaced, totaling in the thousands of dollars worth. I filed a complaint with this company over 6 months ago when this happened. I got told to file a complaint with their moving claims company, who offered me pennies on the dollar after a very arduous process of actually being able to file the claim. I refused to accept that offer and filed complaints against this company with the BBB and FMCSA. Their manager, John Camp, called me and offered me $1000 through a refund agreement to take down my negative reviews and as a compensation for the missing boxes. I accepted this and removed all my negative complaints, reviews, and charge back from my credit cards; I provided documentation as to such. Over 6 months later, the company has yet to pay me back the $1000 that was contractually signed, therefore my negative reviews are going back up. A fair warning to anyone who decides to use this company: do yourself a favor, please stay away. For people who see their 3.9 star review here, it's because they pay others $400 to take down their negative reviews but I guess they have second thoughts on paying me the $1000 they promised to pay me within 30 days of signing the contract (which was signed 8/11/2020.) Attached here is proof the contract. To managers John, Sam, and Jenn: no need to call me again to try to fake bribe me. refund me the $1000 you promised and I'll hold up my end of the contract and remove my negative reviews if that time ever comes.

The company refunded the agreed upon amount to me.

i would not recommend this company or any of the other two company they are contracted with i was over charged$3293.00 and they reunied my $500.00 cabinet in the move they threw my items on a truck and delivered them that way. i contacted the company and filed a claim and the fact that this was the most stressful move i've ever made and have not heard back from them, i'm asking for a refund of the $3293.00 and $500.00 for the cabinet they destroyed.i will NEVER recommend nor use this company again.thans for the help if i get any

September - October 2019 Moving Estimate #3307805 Absolutely awful. One of the worst experiences of my life...

I WOULD NEVER WORK WITH THIS COMPANY. THE BIGGEST JOKE IN MOVING. YOU'RE BETTER OFF RENTING A UHAUL AND...

The Gold Standard way is to present a pattern of lies to their customers starting in sales conversation:
1. They present themselves as a moving company. I received an email that said, "Luckily this is a route my drivers run 2-3 times per week." They lead you to believe they have control over the routes, the schedules and the drivers. They refer to "our" trucks and "our" drivers and "our" cross-country moving licenses.
2. The sales person specifically told me there was a truck which ‘just so happened' to be in the area of the country I needed a mover - that was traveling to the EXACT location I needed my things delivered - on the EXACT same dates I needed. He said it would be so convenient because the truck needed to be to the east coast the week after the pickup, so I would have my belongings by the next week. And, since it was so convenient, they would give me a huge discount because I was essentially doing them a favor as their truck wouldn't have to drive from MN to the east coast empty. Shame on me for falling for this BS.

What actually happened? They contracted the move out to a random moving company (who then turned around and subcontracted the move to yet a different company). The communication from start to finish was terrible. You can't get a straight answer. They constantly say they'll get you answers and then never get back to you. They hand you off to one employee after another. They yell at you and blame you for their shortcomings. My belongings were delivered a full 3-weeks after the timeframe their sales person sold me in our call (which, had I known the reality - I never would have hired them and would have done it myself).

I was given a 3-hour pickup window by Gold Standard for June 4. On June 4th, the movers called to confirm their arrival the following day. My parents were the ones meeting the moving company and had coordinated their entire week around the pickup on the 4th, so they were not available on the 5th. Because of the mixup on Gold Standard's part, I was forced to give my consent for to a pickup date outside my contracted move dates.

On the new date of the move, I was told the movers would arrive between 9am and noon. Sam specifically said that my pickup was the first of the day and to expect the movers on the earlier end of the window. My parents showed up at 8:30am and waited at the storage unit until the movers showed up EIGHT HOURS LATER.

Gold Standard told me it was my fault because I had agreed to a discounted move and this is what you get with a discount. I dealt with three or four people at their company during this whole pickup ordeal and every single employee lied to me (and my parents) in one form or another.

Then the following week comes - the week I was sold by the sales person would be my delivery date. I called and emailed to get a delivery date with very little response. Gold Standard began handing me off to the moving company and clearly didn't want to hear from me any longer. The week I was told would be my delivery quickly came and went without any updates, as did the following week. Then, I was told my delivery was on it's way across the country (only a week after I was sold that I would have my belongings) and was promised I would have my things between the 23rd and the 25th (and I quote, "at the latest, Tuesday {25th}"). Those dates came and went.

I called the movers directly on a daily basis inquiring without answer. In talking to the moving company, I was finally told that they had contracted out my move to yet another company. This third company is who I needed to talk to, but they hadn't been able to get a hold of them since they took possession of my things.

Long story short, I ended up doing the job of Gold Standard. I was the one who had to persistently contact the 3rd company's dispatch manager because I stopped getting answers from Gold Standard and from the moving company. If I hadn't been my own advocate, and done the job I paid Gold Standard to do for me, I don't think I would even have my things.

Sam called me at 12:30pm on the 2nd to let me know the movers would be arriving that day and I should expect their call. I let her know that the movers were AT my place and they were only at my home because I had done her job for her. It blows my mind that for the fee I paid them, they didn't even have a clue as to where my things were or when they were arriving.

Towards the end of the process, after expressing my extreme frustration over the lack of communication, the Customer service manager emailed me saying she had been in daily contact with me and had answered every email I sent her. I reminded her she had not been in contact with me for 10 days and I had sent four emails that week to her one response.

Gold Standard is the worst company I have ever encountered. I am a business owner and if I treated my customers with even a smidge of the disrespect Gold Standard treated me with - I'd be out of business in a snap. I don't understand how a company who has been listed on the Better Business Bureau for 10 months and has an average of 3 customer complaints a month is still in business. That means that 75% of the time they've been in business (or more pending customers who haven't complained) they have been providing service that is complaint worthy.

There is only one commonality with all the people who have written complaints here, and it has nothing to do with those of us writing the complaints - it has to do with Gold Standard. Any company that sells fraudulence, then blames, shames and otherwise abuses their clients in the manner in which Gold Standard has done repeatedly since the inception of the company deserves to be closed.

The worst part is, Gold Standard goes through their complaints on the Better Business Bureau to argue with their customers (they clearly haven't found this site yet, or you'd see what I mean). If nothing I've said convinces you to steer clear of this company, allow their responses to their customer complains to be all the information you need. Any company who treats their customers the way that Gold Standard does, well, they do not deserve your business.

If I could give this company a negative star rating I would, -5 stars! I first dealt with a customer service...

the company you hired 8 Mile Moving & Storage to move our items from Shelby Twp, Michigan to N Ft Myers, Florida were totally unacceptable. 2 boxes were marked damaged because of very obvious damage. the other 55 boxes looked ok until they were opened. when boxes were opened there was damage to a multitude of broken items. pictures that were in specific boxes designated for pictures and marked GLASS were completely ignored (broken glass and damaged frames). items that were marked fragile sustained significant damage. there was no concern for our personal items. all of the items shipped were wrapped in either bubble wrap and or heavy packing paper. we are still going through boxes to see what else is damaged or broken. we have several pictures documenting the damage but they are to numerous to enclose. I have called numerous times without success and left messages with no response.

This is the short version of a complaint against a Florida-based moving broker, Gold Standard Relocation...

This company has very very poor command of speaking english. It is probably like a drunk person talking to...

Gold Standard Relocation
22
%
Not bad, but could've been way better. This company does respond, but not as often as you'd expect them to.