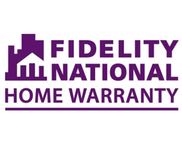 Fidelity Home warranty uses nice sounding words like 'A Fidelity National Home Warranty (FNHW) provides both the homebuyer and seller with 'peace of mind' when it comes to repairs and/or replacement of a home's major systems and appliances' when selling their policy. But I feel its a complete rip off.

Recently, I filed a service request when I found out, there was water under my kitchen sink. They sent a plumber, who determined the leakage was due to wearing of sealant around the faucet. My wife asked him to fix it but he refused saying Fidelity insurance will fix /replace the faucet but will not cover any failure due to wearing off of sealant or caulk. He demanded $50 service charge for coming to this conclusion. I was so surprised by his conclusion, that I called Fidelity and asked them about this. They told me to read my contract and lo and behold, their contract excludes any wear and tear due to caulking. So in essence Fidelity is telling me caulking is not part of plumbing. I can imagine if at all Fidelity replaces a faucet, the plumber they send is not going to put a water seal around the faucet.

Why does Fidelity do this ? I am sure they conducted an audit, which showed them that most of the service calls they were getting regarding plumbing was due to failure of sealants or caulking. So they decided to exclude it. What a nice way to deny a claim. On top of it, I cannot even cancel their plan as I already paid for it upfront. What a 'peace of mind' for Fidelity, they have your money.

Is it worth buying their policy just for the sake of just big appliances ? I had another bad experience last year. I had a GE Profile Stainless steel Refrigerator in my house. For some reason, the freezer could not maintain low temperature. I called Fidelity and they sent out a Sears Home technician. He came out and changed a part. Now the refrigerator started freezing everything kept in it. Even milk and food kept in it would freeze. I called Fidelity again. They sent the technician. The problem did not go away. I made nearly 6 service calls, and the technician came nearly 10 times. Every time they give you a 6 hour window and I had to take half day off from work to wait for him. I called Fidelity and asked them, why are they not simply replacing the refrigerator as they promise in their contracts. They response, they never promise, they will replace an appliance. They will think of it only when, the total cost of repairs exceeds $1000 for a $1600 refrigerator. Even after 6 service costs, the total cost was only $600.

So in essence Fidelity is telling me it never cares about its customer's convenience or 'peace of mind' as they put it in their ads. The supervisor I talked to never cared about all those half days of leave I had to take from my job and all those $50s I paid for service calls. They were only hoping I will get fed up and replace the refrigerator my self or stop calling them. Thats what I ended up doing in the end. I could not afford to buy another refrigerator but I just started buying milk for 2 days. It never brought me 'peace of mind', it only brought me a big hassle. I will dump them when I get first opportunity.

I have been a "customer" for Fidelity for about a year. It came with my house that I purchased. I first...