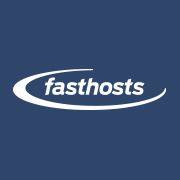 Having problems with Fasthosts Internet?

Same story, the sent the invoice £6.17 on 14 March and mentioned this one is outstanding and failure to pay, lead SERVICE suspension, I don’t needed the service and I let it go and later they turn up that I have to pay all these charges

So what CRAZY they have Done

Suspended the service and keep raising the invoices and doubling and triplicating the amount.

Stay away from this company, the are the worst in UK.

I will gather other people affected and plan to make a sue and claim compensation of my time. They have to stop. Also report to other agencies.

What I first assumed to be a minor administrative error on their part turned into a large continueing headache.

Their website is designed to make it near impossible to end your service with them or get any sort of help, redirecting you in circles when you look for customer services or anything other than new customer questions.

I only realised this after it was too late, they sent me an email stating I had missed a payment, I went and checkd, and as I had thought, the payment was made normally, so I let them know and carried on, business as usual.

3 more emails and 2 letters later they are demanding payment, threatening the use of debt collectors (for a sum of less the £10) and generaly harrasing me and causing severe stress... which is just ridiculous.

They have no record of payments, luckily I used paypal so have clear unarguable records of such, they have no records of any messages sent via their webstie and refuse to acknowledge pretty much anything, glossing over their faults and repeating 'missed payment' 'debt colection agency' and 'gimme gimme gimme'.

I wish I had never gotten involved with them and the issue is still ongoing, though happily tradings standards and paypal are both on my side, I do sit worrying that some musclebound debt collector is going to knock at my door demanding money and fines for something I have already paid and have not even received my service. If you take anything from this, please tae the advice to give them a wide birth and to ignore their efforts to cover up their failings and deliberate disregard for others.

I have used fasthosts for years for myself and for clients. In the past couple of years their service has drastically dropped.
The first major fault was when they took their tech support offshore. The second most recent is when they changed their control panel.
The tech support is like all offshore services where there is not native English speaking persons, very poor.
Today i tried to login to a fasthosts account and was blocked even though i was using the correct details, because the account number and passwords have changed due to their control panel upgrade. What a nightmare!
There are many, many better hosting companies out there. Do not believe the reviews that show fasthost as one of the top providers.
I have moved some of my clients and my own sites away from fasthosts, and i would whole heartedly suggest they be avoided.

BEWARE - read the small print - Fasthosts lure you into their ‘web’ with nice web hosting price...

SHAMEFUL! What an awful company to deal with. There are so many things wrong with their service and so many things not included in their packages which they omit to tell you or simply lie about. Fortunately, we kept our domains registered elsewhere, so that they cannot hold a gun to our heads. The only guarantee with this company is that you WILL have a problem - & when you do, their Customer support is dreadful. FastHosts are consistently the worst reviewed provider on all review sites i have seen - DO NOT USE THIS COMPANY!!

I just wish i had checked more into this company on review sites like this one.

If you do make the mistake of using them, their direct line number is: [protected] (put it into your speed-dial list, you'll need it).

A most shoddy company to deal with who hide behind terms and conditions where annual subscription is sneaked in to to your packages - which you think you bought for one year.

Unless you remove the tick box when you originally purchase and read all the terms and conditions, you won't know that they intend to take money out of your account without your knowledge. They claim they send you emails about their intention, but I did not receive them. They do not send out letters - only emails. They store your credit card details with this tick box permission and use them again to take your unwanted subscription. If these details are no longer valid, they swing into action with numerous phone calls and letters, telling you that there will be more charges as you are taken to a debt-collection agency. They close access immediately and insist that you pay the annual subsciption before they will close the account down. I would advise anyone to avoid this company.

Ralph Dummermuth's influence on UK web hosting since taking over the UK's leading web host fasthosts.co.uk in 1999 has been nothing if not disastrous for the consumer in its philosophy of total disregard for and steamrollering over UK law.


I had my bank account wrongfully debited by a webhosting company, streamline.net, that refused to cancel a three-month trial period then sneakily took a one-year premium hosting package cost from my account - I tried to indict for contravention of the Theft Act, but the Chief Constable of the area of the offence passed it to a subordinate who in turn passed it on to the Derbyshire Trading Standards Office and my money was bounced back into my account - it is illegal, a criminal offence punishable by up to 10 years in prison to wrongfully or deceitfully debit an account (and using steamroller pressure can be termed a form of deceit if use of the law becomes forcefully intimidatory and is unfounded: it is also illegal to use the law in pursuance of an offence, and the law comes down on it like a ton of bricks.

I now know that streamline.net were sellers-on of the talents of fasthosts.co.uk who bought streamline.net's customer base last May/June. I now know that fasthosts.co.uk sold out to United Internet AG for 90 million euros (£61mill) in 1999, or more to the point, sold out to Ralph Dummermuth, the German internet billionare who founded '1 und1' and who is the main shareholder of the owning company United Internet Ag.

Today I sent emails to the board members of fasthosts.co.uk, Andrew Michael CEO (the founder), Michael Hogan Finance Director, Mark Cowne Sales & Marketing Director, Steve Holford Press, and Billing, and Support, informing them of my intention to apply for their indictment and the indictment of the actual instigators, for theft if they do not return money continually taken from my bank after I had cancelled my Distance Selling contract with them due to their poor support. Google the Distance Selling statute and you will see just how the steamroller these companies use is a cover, a camouflage for their ignoring the demands made on them by the Distance Selling statute and just how they have drifted into dangerous ground given the Theft Act - google this as well!

The greater the number of the more detailed type of emails the board and their minions receive from disgruntled customers that suffer because of the 'robust' methods for making a billion or two he seems to have exported into the UK the US and not forgetting the poor sods in Germany who my research tells me have had it harder for a lot longer, the more Herr Dummermuth might come to realise the role that good old honest customer relations might play in him keeping a euro or two.

If you need help to make up your mind type into Google either 'streamline.net, legal' 'Andrew Dollamore, legal' 'Dollamore Ltd, legal' or 'fasthosts.co.uk, legal' and check the forums for a sense of the human suffering caused since Herr Dummermuth's appearance on the scene, and check German legal advice forums if you want a hint of the affect that this man has had on his own people and just how bad it it is going become for us all if his philosophy of the most cash taken before the smallest courtesy of support given goes unchecked.

They decided to change all login details due to a security breach, they changed it while I was on holiday.

When I came back I could no longer log into my acccount or e-mail accounts. During this time my credit card expirory date had changed.

When I could finally access my account and update my details they issued a "debt recovery" admin charge of £20 plus VAT for not updating my details within a week.

When I asked for this to be refunded, they rudely said no chance.

Like many others I too have been stung by Fasthosts, and am well aware of Matthew Hillyard's arrogant stance with complaints from customers about being screwed by his company.

Fasthosts is ingenious in fleecing their customers right left and center by imposing 'hidden' charges made under false pretenses. The bottom line is that this is more a company of shisters than an internet provider, with a vast proportion of the company's revenue taken illegally from the pockets of their customers.

I gave clear instructions to cancel my account three weeks before the end of an annual subscription. It wa...

Fasthosts Internet
0
%
Doing nothing would be this company's favorite pastime, if they had the energy for it.