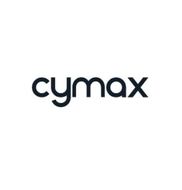 Having problems with Cymax Stores?

I ordered a bed from cymax and did not receive all the parts. When I contacted them, they were very unresponsive. After following up a few days later, they told me that the parts were back ordered and another month or two and that if I wanted to return the bed, they would charge me a re-stocking fee. Horrendous service.

just found this site.wish i found it before. ordered a dresser and a double from them.both came damaged.put the single dresser together and tried to repair damaged parts. opened the second dresser, a double, and it was in worst shape then the first.I called cymax, the first rep wanted to charge me restocking and shipping fees.i went nuts.the second rep took care of me and got me my money back.i was told that replacement parts were going to be sent to me for the single dresser.So far no parts.I emailed cymax, no reply yet.I thought the customer rep was good and eventually was very helpful, but now she is absent.it's a shame because now i don't have matching pieces and i am hoping the replacement part comes for the one piece i kept, and cannot recommend cymax.

I was going to purchase a jewelry box for my daughter, who I know is picky. I made sure I could return the jewelry box if she didn't like it. Cymax had a 30 day return policy. Not exactly. Now i want to return the $46 jewelry box I got that had free outgoing shipping. From the $46 price I paid they deduct $11.50 restocking (even though I didn't even open it -- my daughter rejected it based upon the picture on the box), I have to pay $12.10 outgoing shipping, $12.00 shipping to return it. So effectively I get $10 credited back to my credit card. That is criminal!!

I ordered and recently received a recliner love seat from Cymax Stores. The love seat was defective which I found out about shortly after delivery. The delivery men had already left.

One side of the love seat wouldn't lock down after reclining I immediately called Cymax and spoke to a specialist. She advised me the defective love seat would be picked up and a new one delivered to me.

About 2 weeks later, I received a large, heavy package from Catnapper (manufacturer). The packing slip said it was the mechanical mechanism for the recliner.

I contacted the specialist again (ReneeL) and asked her when someone was coming by to fix the recliner and denied she had ever told me I would receive a new recliner when I questioned her about that. She said I should contact a handyman to put it together since I am saying I can't do it myself!!

Oh, and I would have to pay for the handyman myself.

I contacted them again today. I spoke with (Nathanial). Renee was too busy to speak with me. I told him to pick up the recliner and the heavy package and return my money.

He said a return specialist would contact me within 24 hours. Another run around, I'm sure. This has been going on for over a month.

This is a sleazy company. I am considering a charge back and putting the merchandize in my garage waiting for them.
Beware

I am thinking of doing a charge back.

BEWARE OF THIS COMPANY!!DO NOT PURCHASE FROM THEM, THEY ARE FRAUDS! I purchased and paid for a very expensive bed back at the beginning of November from this company. Originally everything was fine. They shipped a lot later than indicated in their website but at least it got shipped. When the item arrived at my home the whole headboard was cracked from top to bottom. This was a huge piece of furniture-almost 7' tall & weighing over 200 lb. The drivers of the truck refused to take the item off the truck even though Cymax told me I had to keep the item in order to get it replaced. I had to climb in the truck to take pictures to email to Cymax & then the papwerwork the driver gave me fraudulently stated that I "refused delivery" which I did not. I changed his paperwork to state that the driver would not take the item off the truck due to it being damaged. Anyway, after hours on the phone wrangling with both Cymax & Home Direct-their shipping company, the drivers took the damaged bed back with them & left me the intact pieces-footboard, side rails, etc. Supposedly Cymax ordered a new headboad. I was notified a few weeks later via email that the replacement had shipped. When I went online to check the status of the shipment & noticed that they had shipped a footboard, not the headboard which was damaged. I immediately notified Cymax & found out that yes, they had reshipped the wrong item. I was assured that the correct item would be reordered but now that weeks have gone by there is no communication, no indication of a replacement coming. They have had my $2060 for almost 3 months. I have requested a cancellation to the order & a refund of my money. They are beating around the bush & saying that may not be possible, etc. etc. Is there any type of legal action that can be taken in a situation like this?

I ordered a bed from Cymax in June, they charged me $1899.00 for it. I finally received delivery at the end of July to find that the headboard was damaged. they again sent another headboard 6 weeks later that was the wrong finish, and damaged also. the 3rd headboard arrived the end of September and it also was damaged. At that point I requested that I wanted to return the whole bed. They would not let me. I could only return the damaged headboard.

In Novemeber they offered me a $863.00 refund on a bed I never received.

This company should be put out of business. It is a total ripoff to the consumer and since they are in Vancouver Canada BUYER BEWARE.

Purchased TV cabinet. Arrived with 5 damaged parts. Cymax said to contact manufacturer which is same company as Cymax! Still no parts, no delivery date, nothing. Cymax is a front for reselling defective, poorly made, cheap, inferior furniture manufactured in China. Cymax has dozens of websites selling this stuff, all of which go to the same boiler-room call center. This company thrives on ripping people off, lying, and cheating. DO NOT BUY FROM CYMAX!

recieved inferior product/not what I ordered

The one I got had one setting for flame and one for heat that is it, I could have gotten that down the street, they told me I got what I ordered it is false advertising, I am waiting for a call now to see what they are going to do about it

I ordered a set of bar stools from this retailer and it took them 3 months to ship the order. When it arrived...

I ordered a bunk bed that came broken. Cymaxstores.com refused the return, claiming the item was not broken. However it was broken in several places. Then they offered to refund me $62.00 on a $1400.00 purchase, charging me $1100 in returned shipping fees. I have never heard of such a thing in my life. They have the worst customer service and business ethics that I've ever endured in my entire lifetime. They are literally trying to steal from me and lie to me. I highly recommend that you make your furniture purchases elsewhere. People can not afford this type of consumer abuse.

I am still shaking from just thinking about this company. I am an interior designer and have ordered from...

I have never posted anything like this before but this company has made me so angry I had to do something. I...

There was a moment that I could claim to have placed and order FAIRLY RECENTLY from Cymax.com. But no more. We placed the order in May 2008 - It is now the end of July, almost August, and still no delivery.

In May when we placed our order the item was listed as on "back order" and the shipment date was June 30th. We waited and come June 30th, WE HAD TO CALL THEM to find out that we would NOT be receiving the bar and that we should now be expecting it in the next shipment scheduled for July 31st.

Well, it is about that time and we decided to call again just to check on the order - NOPE - again we got pushed back into what they claim to be the next shipment scheduled for August 20th.

Customer Service has nothing to do for us or say to us other than they are sorry but our order did not make this shipment.

I will never order from CYMAX again - BAD BUSINESS

I ordered a TV Stand from Cymax for a trade show in Las Vegas. I authorized overnight shipping and told them I needed it delivered before the trade show or not at all.

This was too much for them to handle.

I never received the stand and they charged me $102.79 for their mistake.

"We have done everything we can to assist you with this order."

"No further credit is due at this time."

Cymax Stores
0
%
Doing nothing would be this company's favorite pastime, if they had the energy for it.