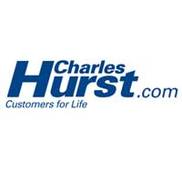 I own a Toyota Auris (2007) which I am very proud to be the owner of, however recently the power steering ECU failed causing me to park the car at the roadside.
I rang Charles Hurst Newtownabbey and explained what had happened. I expressed my annoyance with a problem of this kind which happened on a 3 year old car. I asked them if this would be fixed under warranty due to the nature of the problem, which they replied 'we will speak to Toyota on your behalf and get back to you'. They rang back shortly after my phone call and explained that since the car had ran out of warranty (only 2 months!!) they would not be prepared to act on this case. For me to get this issue resolved I would have to pay £380.00+VAT for the part and £300.00 for labour. I obviously was not going to pay this amount for a 3 year old car.
I rang around and decided to ring Curtis cars in Ballymena which they offered me the part and labour costs of £450.00. I thought this was a bit better but still dear. My wife later rang and explained the full situation again to Curtis cars and they rang Toyota to see what they could do. Toyota had offered me discount of the part, something Newtownabbey did not tell me about. Curtis cars then gave me a further price of £290.00 for the part and labour!!.
How can Charles Hurst Toyota Newtownabbey charge this amount and get away with it???.
Therefore I am making a formal complaint against this company

Charleshurstgroup.co.uk
100
%
This... this rating shouldn't even be possible. Not every mother cares about her own children how this company cares about their customers. Perfect!