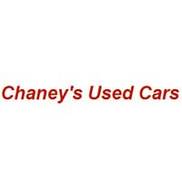 Having problems with Chaney's Used Cars?

I bought a car from sergio durran. He told me he would fix the issues with the car. 4 months of broken promises. He says I am disrespectful and because of that wont fix the car. Well after r month of him saying monday I snapped. I was okay with the house flood excuse. I was okay with mechanic sick excuse. I was fine with 4 months of excuses. Then on the last one I snapped. He is ridiculous. I paid cash for my car. Didnt use their financing. So they are screwing me over!! I have 4 months of text promises I sergio will get it fixed. Hope they like all the bad reports. He says I am now harassing him. Well of course. I want my car fixed.
Reply

Chaney's used cars have the best used cars in the state of florida "we dont trust your credit!!! We trust...

Chaney's Used Cars
50
%
This company is on the right track to keep up with incoming complaints, but there's still plenty of work to do.