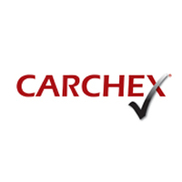 Having problems with CARCHEX?

ComplaintsBoard.com is not affiliated, associated, authorized, endorsed by, or in any way officially connected with CARCHEX.

Dont purchase or fall for Carchex Warranty company. That out of Baltimore. with an out source company of...

I paid Carchex to inspect a Toyota truck outside of Nashville. When I went to see the truck myself, I found that the report had missed some significant issues, such as body damage, a couple of malfunctioning sensors on the dashboard and worn brake pads and shoes with probable damage to rotors. Also, the seller told me that the inspector had not done a test drive, but had done nothing more than take a handful of photos that were included in the report.

Since the report did not present an accurate appraisal of the vehicle, it had no value. The company also did not fulfill what it promises to do on its website, which includes, among other things, a test drive. The $149 fee gained me absolutely nothing.

I subsequently tried both calling and writing to Carchex. They don't answer their phone, which only has an answering machine. I left two messages, neither of which was returned. They also never responded to my written correspondence. I tried getting the charge removed by my credit card company, but they ruled in favor of Carchex - I'm canceling that card (REI Visa).

My advice would be to stay away from Carchex.

CARCHEX
50
%
This company is on the right track to keep up with incoming complaints, but there's still plenty of work to do.