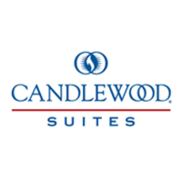 Having problems with Candlewood Suites?

front desk clerk name tre was very rude. He took forever to come two front while he was on the phone jus lookin @ me.
told customers that were sitting in lobby i made an remark about them drinking beer in the lobby .
He lied & threw me in a cross fire accussing me off such bs that ive never said. that was very unprofessnail.
The day before that he threating me on his girlfriend job. while he & his girlfriend was smoking weed.

housekeeping refuses to clean rooms if you have a pet

This hotel boasts about being pet friendly and upon check in we were told about 70 percent of the guests have...

Candlewood Suites Newport News VA. They have a housekeeper that is 67 years old and has no help with lugging laundry up and down steps. The front desk guy on 3rd shift should be helping however just sits there and does nothing. The poor lady was an excellent housekeeper, and was running circles around the other girls. The push overtime to the next check so the owner does not have to pay overtime. Horrible. The housekeeper checked on us even when we didn't need anything and was always social and polite in the halls. It is unfortunate that this country has come to situations like this where a 67 year old woman is running around making up for the others shortcomings. Hopefully someone can help her, its a shame, and we think about her everyday since our stay.

hotel is a scam!! beware!! please beware!! we slept on the floor

These guys are horrible people, they screwed up the first day, two couples had to stay in the same room with...

I believe that I have been treated unfairly, harassed which has affected my health and left me homeless.

I would like to complain about a problem which I have experienced residing at Candlewood Suites located at...

I checked in on 7/20/13 and requested a late check out which I was granted for 2pm Sunday. Sunday around...

On 5/25/13 my fiance and I checked in our hotel at Candlewood suites university center in charlotte NC our first night there we woke up the next morning with little small red itchy bumps on our legs and feet. We didn't think much of it and continued our stay and even extended our stay. We started to notice that more and more of these itchy little red bumps were showing up more on our legs. We decided to check our bedding at the hotel and everything seemed ok but on our last couple of nights there my fiance, his leg was just flushed with new red bumps all over his legs and I had new itchy red bumps on my feet and legs on areas that weren't there before! Might I also say we were in one room for 4 nights then checked into a different room the last 3 nights. This was a nice looking hotel but the cleanliness is not so clean here at this hotel! Staffs were friendly but this place does little housekeeping! I can say this much I don't think I'll ever come back due to bugs! Its just not worth it especially for the cost of this hotel!

I initially moved my family in candlewood due my remodel. We had been given rates for two weeks. One week in...

Caters to smokers! Son's soccer team was placed in smoking rooms which were not properly cleaned and sanitized. Rooms and whole floor STUNK! Was overbooked so couldn't move everyone. Their solution was air freshner first night. Second night after telling travel agency they were giving us a new room was to take the room back and then reclean original room improving conditions but still smokers room. Ended up having travel agency move us to new hotel. Manager Aimee Burgunder never returned call regarding situation. Will never stay in one of their hoitels again. Will be requesting credit card company deny payment

Do not stay at Candlewood Suites in TImes Square. If it wasn't bad enough the staff tried to clear out...

I was recently sent to Owasso OK for a three week stay on business travel. After staying for two weeks at the...

I asked for a late checkout for the following day . At 11:45 am the front desk called and asked if i was checking out, I explained I asked for late checkout last night. A few moments later the hotel manager called and told me to vacate the room because they were booked up. I told him I was waiting for my husband to get there.(20 minutes) He told me to wait in lobby. He then had 2 hotel employees come and remove me, my dog and all of my belongings to an unsecure lobby for everyone to see. I have never been so humiliated in my life. I spent $3000.00 at this hotel and had a reservation for another 14 days. If late checkout was a problem they should have informed me when I asked for it.

I have been staying at this hotel for some time. The room is supposed to be cleaned once a week, this is a...

filthy conditions of the room

My husband and I stayed at the Candlewood Suites in Bloomington/Normal IL for ISU's homecoming. We checked in on October 12, 2007. Upon check in we were advised our adjoining rooms were not available however we could have rooms across from each other. This was suitable to the other couple we were with who are elderly.

When we got to the room, it had a slightly unpleasant odor but not enough for us to want to move ourselves and the other couple. We called down to the front desk to see if they had some air freshner or something. The person answering at the front desk seemed to not understand our needs and offered to leave a message for housekeeping.

The beds in the rooms are approximately 6 inches from the wall on one side. Although not too much of an inconvenience for my husband and myself but a very huge problem for a couple in their 70's. Due to this, we missed a very unsafe and unsanitary situation. I was the designated "scoot over" person. When I awoke in the morning, I noticed a dried blood stain on the bedding. I immediately did a body check terrified I had some how hurt myself in the evening . It only took seconds to realize the blood was not mine. After waking my husband to get him out of the filth, I ran to scour my skin with hot water. My husband was too embarasssed to complain over the phone, he spoke to the front desk to alert her to the problem.

We arrived back 12 hours later in anticipation of a nap before heading out to dinner. It was apparent when we entered the room that the room had not been entered during our absence. We again complained about the bedding situation. It took an additional 30-45 minutes to get clean sheets at 8p.m. in everning. The girl changing the sheets was horrified to learn the stain on the sheets were left from the previous tenants and we had slept in bio hazardous waste. She stated she came in from another location and was appauled by the conditions of this hotel.

During this time, we were not contacted by the manager of the hotel although we were advised he was aware of the situation. We sent a message through their web site on October 14, 2007 providing the above conditions of our room and receive a very generic canned response that they strive to maintain high standards and the information would be forwarded to the district manager and owner. It has been one week and we have yet to hear anything from anyone.

Candlewood Suites
6
%
There is some slight activity coming from this company when it comes down to resolving complaints, but so far it's neither timely, nor relevant.