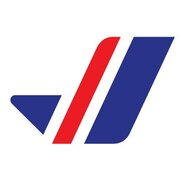 I'm an employee of Purolator that has not been out of sick leave starting Dec 2019. During my time off (9 moths) I've asked many times for my hours worked because my hours on my pay didn't reflect my hours worked. I never received an answer.

I return to work on Sept 11th and worked for a few days. I had only worked for two days and was out sick again. With, doctors proof and a list of medication provided I was able to return to work.

Upon my return when my medication was available to me. (another complaint that was against the law) I was accused of time theft. Due to this I was on a 5 day suspension. I was on modified dues due to an injury and my manager would not listen to my modified duties so I excused myself from the meeting. She said that I terminated my employment which I didn't.

I never received any money for the hours that I did work however I received a T4 meanwhile I have emails asking to be paid. This is payroll fraud the company has not returned any of my emails since