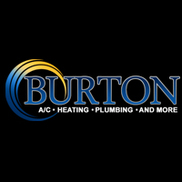 Having problems with Burton Plumbing Heating and Air?

The complaint has been investigated and
resolved to the customer's satisfaction
Resolved Burton Plumbing, Heating, and Air — No communication

We called Burton out to our house and they came out the afternoon of Friday May 22, 2009. They found that the controller board that controls the fan for the furnace was bad. They said they didn't have the part in stock and had to order it. My wife called back on Wednesday May 27th and Friday May 29th to see if the part arrived. She was told that the manager Jeff would call us on Saturday May 30th since he would be in the office. We did not receive a call on Saturday, and I called Monday morning June 1, 2009 at about 8 am. I talked to the receiptionist and she said she would have Jeff the manager call me. Several hours went by and I called back about 1:30 that same afternoon. I was then put through to Jeff the manager, and was told the part was in on Friday May 29th. I asked why we did not receive a call and they could not tell me anything. I told him I would call the BBB and file a complaint and post about this issue on the internet, and Jeff dismissed it. I explained that the tech connected the fan on the furnance so we could still use the A/C, and asked for the labor to be free. They said they would see what they could do and we scheduled the part to be installed. They came out June 3, 2009 to replace the part. When the tech came out, they made my wife sign a sheet that said we would pay $190 to install the part. The installation took about an hour to install and we had to pay $190 to have it installed. The manager, Jeff was suppose to call me so we could talk about it and never heard from them again. I would like to have my money returned as they did not provide me a timely and efficent service.

Burton Plumbing Heating and Air
100
%
This... this rating shouldn't even be possible. Not every mother cares about her own children how this company cares about their customers. Perfect!