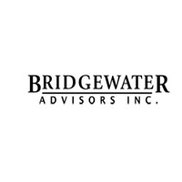 Having problems with Bridgewater Advisors Inc.?

A couple of months ago I was contacted by a man identifying himself as Forrest Cote with a company called Bridgewater Advisors. He said I qualified for a $10, 000 loan. I'd been fishing around the internet for a loan, so that sounded reasonable. Mr. "Cote" told me that I first had to wire $800 to some woman in Brandon, Manitoba. Sending money upfront made a modest amount of sense, I guess, since it would indicate a commitment on my part. So I scraped up $800 and wired it as instructed.

The next day or so, when my money was not deposited in my account, I called them back. This woman told me that Bridgewater Advisors had come to discover that I had qualified for other loans and that they were rescinding my loan offer. But they already had my $800. They had the nerve the try to get me to send even MORE money. But by that time I caught on that I'd been had. Then I went to their "website." It's obviously phony. Something hastily thrown together.

Now I'm out $800. In retrospect, I feel like fool. There seemed to be 3 different voices, two male and one female, that I encountered in my phone calls to them. I wired my money to Brandon, Manitoba, but I don't think that's where they're based. When I spoke to them on the phone, I heard children in the background, so I guess they're running their little operation out of their home - teaching their children to be criminals like Mommy and Daddy.

Bridgewater Advisors Inc.
0
%
Doing nothing would be this company's favorite pastime, if they had the energy for it.