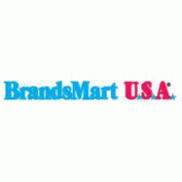 Having problems with BrandsMart USA?

Purchased a washing machine on 10-26-09. Was told I would receive a call night before to make delivery. I...

Beware of baitnswitch mart!!! Brandsmart is a joke! Brandsmart employees sell you a warranty package that they tell you covers up to $2500 for parts and labor on a particular tv. Then when a lamp burns out, the pathetic warranty company that brandsmart uses tell you that it is not covered under the warranty and that I should have purchased a lamp warranty. A separate warranty to cover another part. Wtf! Does brandsmart really believe their employees will explain that their are 2 different warranties. Hell, their employees probably don't know that their is separate coverage. Hoodwinked by a low class retailer!! I will never purchase another product from brandsmart again, period!!

I bought my mitsubishi 57 inch dlp 1080p television from brandsmart usa in stockbridge, ga back in november 2007. I bought the extended warranty for the tv as well as the warranty on the "lamp" that is inside the tv. Well, on saturday, july 25th, 2009, the lamp burned out. I called customer service the same day to get a new one coming.

I was actually thinking this would be something to where someone would actually come out and replace the lamp for me. But I found out that this type of repair is considered "consumer repairable". So basically all they can do is ship the lamp to me and I would have to do the repair myself. Which was no big deal, they would ship the lamp ups ground for free, and there would be a 35 dollar charge to have it shipped overnight. He said it would not take longer than 5 days, 3 at best.

Well now it's thursday, july 30th and still no lamp. I called customer service again, and apparently there was an issue with the warranty. Both the lamp and the tv warranty were supposed to be "5 years". But the lamp warranty they had as 3 years, so because of this internal error, they had not shipped my lamp yet! And it took me calling them, before they were going to fix it!! I was getting furious at this point and they agreed b/c this was their fault, that they would ship it overnight at their expense, but they explained it may take a couple days to get the warranty issue fixed.

Now it's tuesday, august 4th, I called again, and apparently the warranty issue was corrected, but they were waiting on approval for the overnight shipment!!! Which was already approved by a supervisor the week before! Course now i'm realizing I should have gotten that supervisor's name. Anyways they were supposed to call me after it was approved. No call back. I called again this morning, wednesday, august 5th, and apparently they have sent the order in as a ground shipment!!! I left the "manager" a voice mail but of course, no call back.

So with this kind of poor customer service and poor service from the supervisors, I have decided to never buy anything from brandsmart again!!!

My name is Eydie Bowe, and I am V.P. of Customer Operations for BrandsMart U.S.A.
Customer Service is our #1 priority.

If you have any problems and or concerns, please direct these to my attention.
Here is my direct line [protected],
or via my email address: eydie.[protected]@bm1.brandsmart.com
It would truly be my pleasure to assist you.

I spoke to a customer service rep Tasha in the repair and maintenance department that needs manners. i called to get a time as to when the tech would be at my house i was told noon to 5pm she basically called me a liar and that she said up to 7pm. The Perlmans need to hire people that are customer service oriented.

They have the Worst people covering the repair center a month later and still dont have my tv fixed! And some...

I purchased a 32" sharp aquas tv and was very happy with it, I also purchased the 36 month warranty from...

Don't buy from this company. This makes the third time I have stopped in for an item that was advertised. Today's episode was a small freezer that I wanted, shown in the add for approx. $129 and then there was a mail-in rebate so the final price was somewhere about $118. Just as I figured "they were out of that one.

I asked for a rain check. They said they"don't do rain checks"but I could however buy the item and whenever it comes in then I can come to pick it up. When does it come in? The salesman that was"helping" me said 3 to 4 weeks. I asked another and he said 6 weeks. Seems like a long time to wait for something. I went to the customer service office and complained that once again they did not have the advertised item and they would not issue a rain check.
Oh by the way - the did have the next one higher for about $138. That one they did have.
Don't shop here. They purposely run sales and advertise items that they don't sell just to get you in the store. Then when you show them the add they say that they don't have it and try to sell you something else. I would never have said this but this is the third (And final) time that this happened to me at this store. I will never go back. I hope they go out of business.
Nick

I recently purchased a Samsung Plasma TV. The first one they brought out had scratches. The second one also had scratches. Another customer noticed it and pointed it out to me twice. He explained that Brandsmart is known for selling rejected refurbished products. He went on further to explain which make perfect sense to me know, that they open the boxed TV's so when you go home and detect the problems yourself you won't come back and claim they were there since you inspected the product. Since the first and second TV's had scratches on the upper left hand corner, I accepted it. I later tried to return it and they would not accept it since it was beyond the 5 day policy. I explained to the Manager of the TV department that the TV is brand new and in the box, never opened. He continually interupted me as I tried to explain that I have bought over $5K of merchandise in the past month, "no one can refund you the money". The sales person never mentioned a 5 day policy. I called customer service and they would not tell me the return policy on HDTV's without looking up my telephone number and verifying the receipt which tells me they don't have a general policy. I also bought a refrigerator which turned out to have a defect. They first asked if I had the boxes and later stated that the service dept rep would have to come by otherwise I would be charged a 20% restocking fee. The problem is intermittent so I've held off on the service call. My Ex purchased and had to exchange several washers since they all had some kind of defect. I have seen people after people being rejected in their attempt to return merchandise. Brandsmart now has a zero day return policy on some product (Buyer Beware). If you can find another provider on the internet or locally do so. Dealing with this company should be a last resort. I have learned my lesson. Always ask the details of the return policy from buying from this retailer. I recently noticed someone trying to return an mp3 player and they wouldn't take it back. That day, everyone got their returns rejected. Oh, and by all means, make sure you count each and every screw and part when trying to make a refund. They will look for any excuse in order to try to wiggle themselves out of having to make a refund. In my opinion, they would rather lose a customer than to lose a sale. It will catch up to them sooner or later.

I purchased a Frigidaire Refrigerator on 7/5/08 it was delivered to my home on 7/8/08, I live alone and I went on vacation 2 days later on the 10th and was back home on 7/30/08, shortly after, I noticed that the panel around the water and ice dispenser on the door (outside) started to separate from the fridge, I visited a friend who had the exact same fridge for only a few months and she was having the exact same problem on hers. Since this seem to be a problem inherent in this line I told Brandsmart I wanted to change this fridge and get a different one, I was told that because it was a cosmetic problem and the 30 day return period had expired they would not do that, but they would send a tech to look at it and glue it back. When the tech came I told them I wanted to change the fridge not glue it as this is a $1600 brand new fridge and should be in perfect condition. A few days later I noticed there was frost accumulating inside the freezer around the ice dispenser. When I contacted Brandsmart, I was told again they would not change it, but would send another tech to look at it. I have contacted the company directly and have gone to the store and spoken with the saleperson and the manager. Nothing has been resolved, I paid a lot of money for a new fridge not a refurbished one, this store is making it difficult in the hopes that I will give up, its not right. I feel that as the consumer I should have some rights also.

Dear BrandsMart U.S. A. Customer, My name is Eydie Bowe, and I am V.P. of Customer Operations for...

don't be awed about the price

Having worked for this dismal company I should let you know the following. Most of the items sold are rejects from the factory. Check the serial number, if it has an r in it, it is rebuilt. I have seen people reject a TV because it had scratches on it and its just boxed back up and put in the back, especially if Jackson, the manager of the dock is working, at Deerfield Beach store. Then they wait for someone that is in hurry and can't wait for the box to be opened and the poor guy ends up with it. If you are buying a TV and it's got fingerprints all over the edges then its rebuilt or someone rejected it. Be aware, the price might be good, but the company sells what others won't.

On January 23, 2008 I bought a Frigidaire Range and Microwave. The salesman was Mr. Carlos Garcia. The range...

Ok guys what you think he is trying to hide? Well as an employee I know and I can tell you he is hiding the truth about brandsmart usa (bad service and the worst customer service in florida.) Well let me know what you guys think...

BrandsMart USA
0
%
Doing nothing would be this company's favorite pastime, if they had the energy for it.