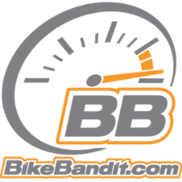 Having problems with BikeBandit.com?

Don't know what to start with. I just want to say that this company is horrible.
They were the only one I liked among thousands of similar websites, they were selling what I needed and I ordered it. But after several days I got an email from them saying that my order was canceled for no reason. Unfortunately, this was the last email I got from them. They kept ignoring me after this.
When I tried to use their chat on the website to explain my situation to know what to do next, they drove me away from it and blocked me. I have no idea why, but it's strange.
Now I want my refund and don't know how to get it. The situation looks like a pure scam.

One part was not in stock

I have purchased two parts for my bike from this online store BikeBandit and received only one. When I contacted them I was told that one part was not in stock (there was nothing mentioned about that on their website) and that's why they shipped only one item. I was very disappointed that no one from BikeBandit even bothered to contact me earlier. That's not a good way to do business! I will not buy from them again because in my opinion they are highly unprofessional. I think they need to improve their customer service!

If you are located in Canada and order parts from bike bandit the drop down menu for shipping will show "International Express", naturally you would assume this would mean FedEx International Priority or UPS Express shipping, wrong!! They will ship it UPS Standard ground service every time. So if you need it tomorrow it's not going to happen, you might get it in a about 7 days or so.
Calling them just gets you the runaround and total bs. I was dumb enough to fall for this twice. I thought the first time was just a accident.
I think I will try Motorcycle Superstore or the local dealer next time. I've learned my lesson.

I ordered a battery from them. What received was the wrong one and it was defective. It took two online requests and four phone calls just to get a return shipping label. When they got it back it took two weeks, a phone call and an email to get a credit. When the credit did appear it was shorted by 10% with no explanation.
In the two months I spent hassling with them I was given excuses like a computer crashed and the credit card company refused the credit.

I ordered spare parts for my Suzuki LT-R450 from BikeBandit.com

I added the parts to the cart, and during checkout I noticed that I was being charged $167.97 for TAX/DUTY. I contacted the support staff via the online help and spoke to a customer service representative. I advised him that I was outside the US and therefore should not be paying any duties or taxes.

He advised that the parts will be shipped free domicile and that all local customs charges, etc will be to bikebandit.com's account. Although these charges were still expensive, considering that we only pay 5% import duties here, I agreed and confirmed the order.

When the items arrived in my country, I was charged customs and additional handling charges by UPS. I therefore contacted their customer service staff and advised them of the situation, and provided copies of the original invoices i received from UPS. Bikebandit replied stating that UPS "have no record of these charges", which I guess is the standard answer they give to everybody who queries this. Despite the fact that I have provided documentary evidence to support my claims, bikebandit are not prepared to refund these charges.

I had asked them to provide a copy of their air waybill where it is indicated that charges are to their account so that I can follow this up with the local UPS office, however they are not prepared to provide this evidence.

Despite sending emails and receiving one-line answers for well over a month now, they are not prepared to settle the issue amicably. I have requested the telephone number of one of the managers several times now, however this is ignored each time.

I cannot comment about purchases made within the USA, however international buyers beware. Although they claim that their prices are the cheapest on the internet, once you factor in the additional charges for "tax and duty", they are in fact the most expensive retailer on the internet. Based on my own experience, I would highly recommend that you avoid dealing with this supplier as they are clearly dishonest and their customer service is not existant.

Once you add the Tax & Duty charges to the price of the equipment ordered, the "actual" price you pay is around 40% higher than the prices advertised on their site!

What happened to Bike Bandit? I've been ordering from them for years and it is no exaggeration when I say I have spent thousands of dollars there since I have 4 bikes. However, the last 3 out of 5 of my orders have ended with disappointment and hassle. I ordered a replacement fairing for one of my bikes; rather pricey piece of bodywork. It was the wrong color! I contact them and was guilty until proven innocent of ordering the wrong color. I finally had to take photos and send them to prove my case. Turns out the item was mis-labeled from the wharehouse and the mistake was on their end. Several weeks later, I finally got the right part. Next, I order a rear tire for my bike that was in stock according to their website...guess what? Backordered. Weeks go by, I miss getting my bike re-inspected (which only cost $1 in Virginia if you bring it back within 15 days of failing) and I keep getting vague answers on arrival/ship date. So, I order the same tire from their competitor, had it in 3 days and paid $20 less. Flash-forward a few months...looking for some riding gear for my girlfriend and myself. Call it loyalty, call it stupidity but I decided to give Bike Bandit another try. We place an order for 4 inner tubes, goggles, a helmet, etc. We get an e-mail the next day saying the helmet we ordered was no longer available even though they showed in-stock online. OK, if that's the only thing missing from the order, we'll live. Then, the next day, another e-mail stating one of the tubes was on backorder…no idea when it will be back in stock. Then the NEXT day yet another e-mail, this one for another item backordered! Another day, yes another goes by and again, an item is being "cross-shipped" and will be delayed. Are they doling out disappointment and inconvenience on the installment plan? So after asking what the heck is going on and complaining about the delays, they send the items that are in stock...guess what? The goggles are the wrong color! I checked first to see if it was my error and it was not. Clearly says on my invoice that I ordered "blue" but received "red". So I contact them and again and you guessed it, guilty until proven innocent. It took me 45 minutes on the "live chat" to make them realize that it was their error and not mine. They said to send the goggles back and when they receive them (in California and I'm in Virginia), they'll send the correct ones. Further delays! I complained about needing them the following weekend for an event we were going to and they finally agreed to send out the new ones once they had tracking info on the return items which I gave to the UPS driver the following morning. After all, I've only been a customer of theirs since 2003 so why should I be considered trustworthy, right? I suppose they thought I would run off with 4 sets of goggles or something. Two days later, I receive an e-mail stating the goggles were no longer available and the order was cancelled. Again, I go to their competitor and get the exact same item in 3 days and cheaper. Am I learning anything yet? They've had the returned goggles for over 2 weeks now and still have not credited my card. I'm not done...2 days later yet another e-mail saying they are cancelling the last inner tube that was on backorder (for a month). Did I mention that all of these items showed "in-stock" when I ordered them. Hey; "fool me once, shame on me, fool me 3 times somebody's an idiot..." hell, I'm not good with old sayings but you get my meaning, right? There are plenty of places online to order bike parts and accessories...and I'll be going to them for all of my future motorcycle needs.

Lets start from the beginning:
I needed a 58mm throttle body with intake manifold and air cleaner, ordered all of the parts which said they were available and sat back waiting for the order to arrive. Bikebandit's motto is Get it fast... Get it right... Get riding...

25 days later they only shipped the intake manifold and aircleaner which is of no use to me at all unless I have the throttle body, their excuse is that when the parts arrived, Harley didnt send them the throttle body. After alot of complaining, the CSR said that she'd credit the delivery charge of $7.95 and give 10% of on the new order, so I reordered the throttle body and waited.

Here's the best part... they charged me the full price. I hope you're satisfied with ripping people off Ken Wahlster (the founder), your website is a sham and anyone who buys from your store better hope that they dont have any problems getting items, otherwise they'll be made empty promises by your incompetent customer service department!!

I ordered a couple of sets of tires from bike bandit and found that the items that they had in stock, shipped out very quick (I got them the next day with no express shipping charges). One of the tires was advertised as “Closeout Pricing” and when I ordered the tire over the phone, they said they had it in stock. A couple of hours later I got an email saying it was discontinued and no longer available. I called them up and talked with someone that told me their computer shows the tire is in stock in their warehouse and they would look into it. I didn’t get a call back that day so the next day I called them and got the same story. Computer shows it available. The first order was canceled by them because it was kicked back as unavailable so they recommended reordering the tire and then sending my order number to customer service so they can make sure it gets processed correctly. I did just that and a couple of hours later got another email saying the tire was not available. I called them back and canceled my order and got it somewhere else. It was just becoming too much of a headache.

BikeBandit.com
0
%
Doing nothing would be this company's favorite pastime, if they had the energy for it.