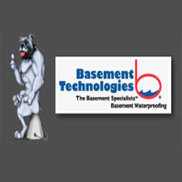 Having problems with Basement Technologies Inc?

ComplaintsBoard.com is not affiliated, associated, authorized, endorsed by, or in any way officially connected with Basement Technologies Inc.

Basement technologies came to my house to give me a quote 2 years ago. They were way to expensive (double the cost of drycrete in Waltham, MA http://drycretewp.com/ [protected] ) Drycrete has the same guarantee with high quality work, the owner was great, on time and very professional. Ever since I have been getting repeated calls on my cell phone from Basement Technologies. I have spoken to managers of the call center, mangers in IT and always get the same run around we have 2 systems and they don't talk, we get external leads, its not our fault its the computer, etc. Yes but its my unlisted cell phone and they have my address... Well this time I asked to speak with the owner so they transferred me to the executive office and his admin said no. Then I asked for a letter from him stating that it I would not be called again and she said no! she would email that my number was removed. Yea that's what they said last time and the time before that!!! When I asked that this issue be addressed with the owner the admin said no all she could do was to send me an email from her. If they can address this professionally I would not hire them.
James Pratt Owner
Basement Technologies 35 North St canton, ma or 40 Hudson Road Canton, MA
[protected] (don't give them your number they will harass you for years)

Basement Technologies is a scam! They came twice to my father's house -- the second time on the pretext that the first assessor had been fired and so they were sending his supervisor. Both times, they showed no interest in finding the source of the water entering the basement. They didn't care where it was coming from, how much water was entering, how to stop the filtration... This is because Basement Technologies ALWAYS proposes the same patented solution of digging an inside trench and pumping the water out. If they had done this, the pump would have caused even more water to flow in from the outside. And on top of this, they tried to pressure my father into signing a contract on the spot, saying that they could not guarantee the price if he didn't sign immediately. When he didn't sign, they called and called to pressure him.

As part of a draw they were having for a prize at a sporting event I submitted my phone number. Ever since then they call me non stop and will not leave me alone!! I have told them a million times to stop calling me and remove me from whatever list they have. They keep saying they will do this and still keep calling me constantly. Don't EVER give them your number for anything!!! This should be illegal!

My experience: I have several cracks in my foundation that leak during heavy rain. During the recent rain storms, I decided that was enough of dealing with this and I started calling basement waterproofing companies. Basement Technologies offered me a free analysis of my basement situation in which someone would come out to my house and review the problem and put together a plan to repair it- great ! However, this is where the frustration begins. Appointment #1 the rep no shows. I called during working hours and left a vm, no return call. I sent a email, no response. I called 3 more times leaving vm's every time and then on the 4th time, finally reached someone. I explained that I had an appointment which nobody showed for and it took a ton of effort on my part to reach them, and now I am mad, she tells me "well then go with another company, I don't know what to tell you". So fine, I hung up and decided not to deal with this company. A few weeks later I received a call in response to one of the many vm's I had originally left asking to reschedule the appointment. She is pleasant enough so I agree to reschedule. Appointment #2, 15 minutes past the window of the appointment I call to find out when they will be here. I am told they have a different time scheduled for me than the confirmed time- I have already taken a half day off work waiting for them and can't wait anymore, so, now I have to reschedule. Appointment #3, at 7:30 am on a Sunday, another no show. I think I am all set with Basement Technologies. 100 year rain storm or not, I am not even a customer yet and this is NOT how I expect to be treated.

Do not deal with this company. I have had nothing but trouble and floods since they installed a "watergrabber" in my basement. The last storm the pump failed to activate. When I called I had to wait for 6 hrs. for a return call while my basement filled with water. When I finally got a call back the "technician" told me I needed a different type of system. I unplugged and re-plugged, as soon as the pump started the water went away. Now I have been waiting for 2 days for a call as the pump alarm went off and I have no idea why. Basement again flooded.
A true rip off...

Basement Technologies Inc
60
%
This company definitely cares about its customers and responds to overwhelming majority of complaints.