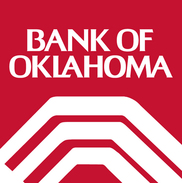 Having problems with Bank Of Oklahoma?

I'm tired of these banks that steal money from you. How? With their overdraft fees. They place a hold on your checks for 2 weeks so they can get you with overdraft fees. This is how they operate: lets say you have $100 in your account.
In the morning you spend $50. At noon you deposit $500. So now you're thinking you have $550. So in the evening you take out $100 which should leave you with $450 right? Wrong.
Your nightmare begins at midnight when they process everything.
Forget the chronological order of your transactions.
Deductions from your account are placed in this order:
credit first, then largest amount t to the smallest amount, then deposit which they hold.
So the next morning your account that you thought had $450 is actually
drum roll... negative $232.50
What the [censored]
You freak out. There should be a study done with the correlation between illnesses and bank accounts.
How did this happen? Did somebody steal from your account? Yes. The bank did.
To these thieves you had $100. Then you withdrew $100, Giving you a $0.00 balance.
When you made that $50 gas purchase, you thought you were fine. At the time you though you had a $100 balance. What you didn't know is that these robbers are like time traveling bandits. The bank already knew you were overdrafting your account as soon as you pulled in that gas station.
So they add a $32.50 overdraft fee on that $50 purchase giving you a negative $82.50 balance.
Then your automatic bill pay happens to occur the next day when you saw this mess.
All 4 of them happens to be $5 equaling to $20 in bills. So they tack on $32.50 for each transaction. This makes your already negative balance dive down to negative $232.50
What happened to your deposit? The bank held it, because they knew they were keeping it. So when your check of $500 finally clears, and if you haven't touched your account since, your balance is $217.50. They call this banking. I call this stealing.
BS.

I am a local business owner and am constantly using my business account to make deposits and other...

I had a free checking account with Bank of Oklahoma for 11 years, always in good standing. They suddenly...

My (now deceased) father and my mother entered a joint purchase on a property in BARTLESVILLE, OKLAHOMA in...

Cashing check from their bank

I received a mileage check from the company I work for. The company banks with Bank of Oklahoma. I had proper...

Over 2 years ago I changed my last name. I provided all the proper documentation. They still refuse to get it right. Today, I waited in line in the drive-thru @ 31/Garnett area for a long time. They asked me about my last name who I was. Everyone heard them. My son was with me and said wow, she was really rude. The lady that waited on me was who he referred to. They have been rude to many people in the drive-thru where others can hear. I have heard them. The tellers talk and laugh and make people wait and stare when people complain about the excessive wait in lines. I asked them to get it my last name straightened out. I have sent msgs to BOK and they do NOT care. Their tellers are very rude and continue to embarrass their customers. They have been rude to my family as well. They have raised their fees to ridiculous amounts and I am warning everyone who will listen. Don't pay high fees to be treated like garbage. Steer clear of this bank especially their 31/Garnett branch in Tulsa. They will not listen nor do they care. I will continue to post complaints on every website that will list them. If someone will tell me of a better bank, I will close my accounts at BOK.

I closed a business account (I thought) on [protected]. I transfered my account to another bank, where I had another business account, to consolidate them. Approx. 2 weeks later, I started getting notices that my old account was overdrawn! Apparently the teller had given me a cashier's check which emptied my account, but did not officially "close" it. There was an automatic deposit from the state of Oklahoma that mistakenly went into the account; there were also several debits taken from the account, which should never have occurred, which resulted in an "overdraft" position, on an account that should have been closed. I was then socked with over $250 worth of overdraft charges; I went to the bank to straighten it out; they were perplexed, until they saw that my account had never been actually closed. They then tried to tell me that if there were any automatic transactions attempted on the account, that the the account would then be "re-opened"; I checked with another bank branch, & they told me that was not true. I called the main bank center & talked to a supervisor; they said they would refer my problem to the regional mgr, who would call me- never got a call. Now, I am getting a notice from a collections agency for the $80 that the bank says I owe them!!!

My problem is with Bank of Oklahoma. I have been a loyal customer over 8 years. I was encouraged to sign up with automatic Bill pay for my Car payment. An e-check was sent out 3 days before scheduled payment allowing 7 overdraft fees over 200$ in total. When brought to the banks attention by clearifying I was in the right; they put my payment back in, but said I would be responsible for two of the overdraft fees...why? I am not sure? Later knowing I could not afford this to happen again, I cancelled my automatic bill pay, along with future payments scheduled by sitting down with a BOK manager to make sure it was correctly done.

The next month the same thing happened and left me 900$ over drawn with 7 over draft fees! They said there were two scheduled payments pending that I did not delete, but the "Payee" was not even listed. They proceeded to hold me or my car loaner responcible for fees, but BOK was the one that sent an automatic e-check, my car load did not take payment themselves. I have since then disputed and awaiting this matter to be solved. not to mention the supervisor was not willing to help nor take blame.

BOK are crooks, they are disloyal and I will be closing all of my business accounts and personal accounts with them.

BOK re-opens my account 2 weeks after I closed it.

2 weeks after I had totally closed a checking account at BOK and zeroed the balance, the bank re-opened the identical account and began allowing Geico insurance to make monthly withdrawals. BOK also started charging me a $6/mo fee for the account PLUS almost $30 PER ITEM in overdraft penalties. I had closed this checking account in person, with the "assistance" of their manager, some skinny dork of a guy who is clueless. He assured me the account was 100% closed and no further transactions could take place. Now, over two-weeks afterwards, the account is OPEN AGAIN without my knowledge or permission.

When I went to the bank to confront them about this, this idiot female at her desk and this ### of a manager are TOTALLY CLUELESS. He says he did close it..blah blah blah. Tries to blame me and says "ummm well it was a pre-approved purchase." WTF does that mean? The account has been CLOSED for over 2 weeks... I did not owe them a penny. I already had a new bank account that I'd been using. So the ### manager promises to check regularly to make sure it doesn't re-open again. WTF? These idiots are telling me this account might re-open over and over and charge ME penalties etc? Apparently at BOK if you have EVER given your account for a recurring payment (ie...insurance, electric bills, cable, phone, gas, etc.)... it last FOREVER AND EVER. These halfwits could not even explain why or how it happened. They could not say for sure it won't happen again. BOK has a staff that is seriously stupid and untrained. The one at 91st and Delaware in Tulsa is the WORST.

I left this bank a few weeks ago because of their continual ERRORS and false OVERDRAFT fees of almost $30 EACH. Then last month they started NEW overdraft fee on top of the $30 of an EXTRA $5/DAY.

The state of Oklahoma has recently passed new laws to stop BOK and incompetent banks like them, from DELIBERATING re-posting account charges a second time in order for BOK to acquire additional overdraft fees. The dumb brunette chick at BOK admitted this to me last month when I went in to complain. BOK will ALWAYS pass the buck and blame the other businesses involved. Bank of Oklahoma is the WORST business I've ever had the misfortune to deal with.

I have been banking with BOK for about 5 years. I had always had a very stable, typically above $500 account...

Bank of Oklahoma has added one of the most rediculous fees I have ever heard of. I am not even sure it would stand up to a class action lawsuit. They now charge a $5 PER DAY fee if the account is overdrawn. All banks charge an overdraft fee which if you go over what you have in the bank you expect to get. Been there done that. But now they also immediately start charging a $5 PER DAY fee on top of that until you get the balance back above $0. This means someone who goes over by $5 gets the $28.95 fee which is already excessive but then gets $5 per day on top of that. If this happened a week and a half before someone got paid they would end up paying $83.95 because they went over $5. They actually have the nerve to tell you these new fees are GOOD for you as a customer. I struggle to figure out how that could be good for anyone other than BOK's bottom line.

I opened a free checking account with BOK in Feb of 09. According to their website, a customer service rep and a branch manager foreign currency could be ordered with no charge at the market rate which was $1.4009 per GBP on the 10th of March. When I approached the teller I was quoted a rate of 1.5112 per GBP. They go through a company called Foreign Currency Exchange Corp out of Orlando Fla. When you recieve your currency order you finally get a disclosure

"Important Notice: The exchange rate used for this transaction may vary from other exchange rates in existence globally."

"BOk will order the currency in the amount you specify at the current exchange rate. The currency will be ready for pick up in 1-3 business days at the branch where you placed the order. In most cases, the currency can be shipped overnight to a branch near you, if necessary.* "

A bank account was closed out by a person in a law firm one day before the owner of the bank account died. There is a letter from a bank personnel saying the balance of the account was enclosed. FBI and OSBI -Oklahoma- informed me that they could not help, when it clearly states anything over $10,000.00 illegally taken from bank is a federal offense, this account was over $88,000.00.

Is there a time limit for persecution of this type of crime?

Bank Of Oklahoma
0
%
Doing nothing would be this company's favorite pastime, if they had the energy for it.