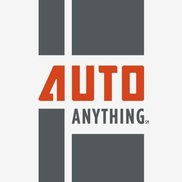 Having problems with AutoAnything?

ComplaintsBoard.com is not affiliated, associated, authorized, endorsed by, or in any way officially connected with AutoAnything.

AutoAnything is the worst company I've ever dealt with. Apparently, I am not the only dissatisfied customer. I placed an order for floor mats on 09-18-12. As of today, 8 days later, my order has not been processed or shipped. I contacted customer service and spoke to a rude and clueless person who tried to tell me these floor mats were made to order. He continued to try to convince me that these floor mats weren't even made prior to my order being placed. Are you kidding me? Floor mats that are made to order?!!! He proceeded to tell me that these floor mats were NOT in stock and were being sent from the manufacturer. After reading many reviews, it appears that this company doesn't have anything in stock and is merely a middle man that Drop Ships!! I was told that if I wanted to cancel my order it would take 24-36 hours to process that and another 5 business days to get my money returned. How can this company still exist doing business like this?!!! Luckily I paid with Paypal and have filed a complaint with them. It might take a week or so for me to get my money back, but I DEFINITELY would NEVER buy from this company again. Take this as a warning and save yourself grief. Don't use AutoAnything!!!

The complaint has been investigated and
resolved to the customer's satisfaction
Resolved AutoAnything.com — Poor service

I purchased brakes for my car. They sent the wrong ones. When I complained, it took almost a week to get back to me. Then they refused to send out new ones until the old ones had been returned, despite having my credit card information to collateralize the brake pads. Don't buy from them! It is not worth it!

I have now been waiting nearly a month for EBC brake pads from AutoAnything. This pathetic company should be named AutoNothing! I was lied to about shipping dates and honestly question if I will ever receive the parts. I have attached an email about a delay in shipment. I was told two days prior to this email that the parts had already shipped. I will NEVER buy anything from this terrible company again. Consider this your warning. Do not order anything from them unless you want your project to sit on hold.

This company claims to be the lowest price for car brakes, then when you order, they use a company...Centric...

AutoAnything advertises a "Low Price Guarantee" along with free shipping. What the customer finds upon closer...

I ordered Hawk brake pads for my car from the AutoAnything web site. Using their web form, you simply provide the make, model and year of your car and they are supposed to ship out the correct parts. They sent the wrong parts, which I didn't discover until more than 30 days after I received them, as I didn't need to install them right away. Once I found out their mistake, I attempted to return the pads for the correct ones. They wouldn't budge from their 30 day return policy, even tho they were the ones that made the mistake. They basically just quoted from their rule book and would not listen to reason. I will not be using them again.

First, they told me that the Transmission was out on my Cavalier among numerous other things and that it would cost a few thousand dollars to fix. This was a complete lie!!!

Since, I could not afford to fix the Cavalier they told my father that they wanted to help me out since I was a single mom and needed a dependable car. So, they offered to take my Cavalier and $1, 600.00 for a Ford Windstar that a family member had previously. It had a new Transmission in it, new brakes, etc. WRONG!!!

When we transferred the title we found out that they never put the title in their name, so we had to pay for the late fees. It is illegal to skip titles.

I only had the Windstar a few months when the Transmission went out and there was a problem with the brakes. It took them 3 weeks to 'fix' the van. So, I was stuck without a vehicle for 3 weeks in the middle of winter. I had to pay for the brakes and the transmission.

When I got the vehicle back the Check Engine light was on and the alignment was way off. And within a few weeks the transmission started slipping again. I took the van back since the transmission had a 30 day warranty. However, they would not honor the warranty and fix the problem correctly.

Now, the transmission went out completely and I'm stuck without a vehicle and no way to fix this piece of crap or buy a new vehicle.

The complaint has been investigated and
resolved to the customer's satisfaction
Resolved AutoAnything.com — Awful service

I purchased a set of 4 WeatherTech in-channel window visors for my 2009 GMC Acadia in January 2009. The front set snapped into the window channel without adhesive and work fine. The rear set includes a thin layer of adhesive film on the flange designed to fit into the channel and adhere to the widow weather stripping. Unfortunately, the visor flange is rigid and does not allow the adhesive to remain adhered to the rubber stripping.

A few weeks after installation, I contacted the AutoAnything.com (on-line retailer) to inform them that the rear visor wouldn't adhere well and was causing my window to leak. They contacted the manufacturer who then sent out a replacement set. I installed the new set, only to have both fail a few weeks later. They both fell off of the truck because of the poor design -- the adhesive strip is not enough to hold them in place. (I have installed window visors on no less than six vehicles in the past and have never had a problem. This problem is not due to installation error, but from a poor design.) After the second set failed, I contacted AutoAnything and asked for either a refund or a set of visors made by a different manufacturer since the WeatherTech product was a faulty product. After multiple e-mails and phone calls, Autoanything replied stating that the manufacturer will not replace the product since they replaced it once and then offered to sell me a replacement at a reduced price. I replied that this was unacceptable and that I should not have to purchase a replacement for a product that has failed twice within a couple of months. I asked for a manger to contact me to discuss the issue or that I would file a formal complaint. That was a week ago. AutoAnything has refused to reply.

Bottom line is that I paid a premium price for a product that does not work and the company will not stand behind the product. AutoAnything will not refund or replace the faulty product, which fails within two months . AutoAnything states that their return policy is 30 days. This is not a return for dislike of the product (I actually like the styling.), but a return due to product failure (twice). Autoanything is not an honorable company if they hide behind a 30 day return policy instead of standing behind the products they sell. They are ripping off customers instead of honorably serving them.

AutoAnything.com — Never fall for this business!

I'm saying this after i have experienced of the business scam called "auto anything". I ordered truck...

AutoAnything.com — Delayed delivery! Made me wait for a month!

I had some research on this company before i purchased my order. Their website is shows the right info, so i ordered on them Toyota mufflers for my rav4. The ordering process was fine, but i was quite alarmed when they did not even call me to check on my order. So i called on them and the rep just said that they do not have any available mufflers for RAV4 yet. I was sooo frustrated to hear that because they said it was available in the site. So i had to wait for ONE FREAKING' MONTH for my parts! Ill never, ever purchase any parts from them again!!!

AutoAnything — Too much dust

I have purchased an EBC green stuff brake pads last month from AutoAnything. I've seen that they have the lowest price compared to other local stores and online shopping companies but they have the same brand and product so I decided to get my part to them. I got my part that easy from the ordering to the delivery but when I got it, it's not the same one as advertised, neither do I know if they are giving the same one to other customers.

I have it stucked on my car and after a few weeks of using it, I found out that it's getting much dust not like the one I bought from a local store here. It's better that I got one on the same store I guess. I won't try other products from them. I'm not happy.

AutoAnything
29
%
Not bad, but could've been way better. This company does respond, but not as often as you'd expect them to.