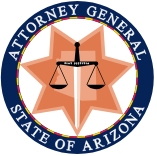 Having problems with Arizona Attorney General?

ComplaintsBoard.com is not affiliated, associated, authorized, endorsed by, or in any way officially connected with Arizona Attorney General.

We are constantly bombarded by these people, using different phone numbers, who say they want to talk to u...

I went into the business on Sept 21, 201, for an appointment. I was asked to sign up for a new promotion. I explained, REPEATEDLY, that I did not want my credit ran due to the financing associated with purchasing a home. She ran my credit anyway!! That is FRAUD!! I have contacted Lazer Away in Scottsdale and their corporate office and they refuse to even respond, by way of telephone or email. I would like to sue this company for fraudulently using my personal information to pull my credit. Thank you.

The complaint has been investigated and
resolved to the customer's satisfaction
Resolved Arizona Attorney General — Refuses to investigate fraud complaint.

I sent a complaint to the Arizona Attorney General and asked that they investigate Igomogul for a work at home scam. They sent me a letter that they had contacted Igomul along with a response from Igomogul, and informed me they were satisfied with the "investigation" and they did not resolve personal disputes.
How can it be a personal dispute when there are so many complaints about this company?
Igomogul claims to be affiliated with Google and authorised to use Google programs to generate traffic to websites designed by Igomogul which is untrue. Google is working with the Federal Trade Commission to discover and prosecute companies that do this. If Google and the FTC consider this a scam then why doesn't the Arizona Attorney General think it worth doing more that contacting the compan in question and asking them if they're committing fraud?

Arizona Attorney General
25
%
Not bad, but could've been way better. This company does respond, but not as often as you'd expect them to.