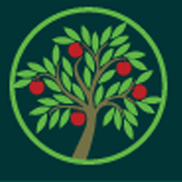 Horrible service in every way!

Brought my dog in to be checked out because she hasn't been herself lately. Was told by the doctor to call the next day in the am even before she would be in if I wanted to. And, she would call me later in the day to explain anything I might needed answered. Fair enough. I called and explained this to the receptionist, but she kept saying "Docs not in let her call you back" each time after putting me on hold. Not to mention her undetermined care for my animal. She sounded like a broken record and totally uncaring or responsive of my needs. Sure I got the point of her not being able to tell me the results, but she was too clueless to tell me this.

The doc did call right back I will admit and I explained my dissatisfaction with the receptionist. By this point I was asking for my pets records. When asked why I wanted them I told her so I could go elsewhere. The Doc said to rectify the situation they would provide me with the 100 dollar medication and could have it sent so I wouldn't go out of my way. I calmed down and agreed.

Later that day she called and said she talked to the company where they sent the urine samples. Mainly they were telling me I should go with another form of medication for my pet. When I asked would this be covered by you like you said she did a 180 and said "Oh I never said it would be free." This doctor plainly did say this or how else would they receive payment if they were planning on sending it to my home address? When I mentioned about how she said to rectify the situation she said" No I meant to make your pet healthy".

The dumbest answer in the world. Of course you should make my pet healthy... its what you are paid good to do! She went on to say she can't give out free meds etc. So this was mess up number two. First to call and talk to anyone regarding my pets health and then to lie to a customer. What happened (I believe) is they wanted to keep me from getting the free end of the deal and to go with another form of meds.

This place pissed me off so much especially considering I used them for years and spent a lot of money on my pet who still has the problems she had since going there. Now I see it and how it was done in the past. Its a reason every time I go there its a new doctors face I see. Do yourselves a favor and go elsewhere.

Apple Country Animal Hospital
0
%
Doing nothing would be this company's favorite pastime, if they had the energy for it.