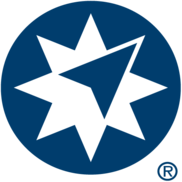 Having problems with Ameriprise Financial?

ComplaintsBoard.com is not affiliated, associated, authorized, endorsed by, or in any way officially connected with Ameriprise Financial.

An Ameriprise-insured driver rear-ended me on the freeway in Southern California in December of 2014. After...

Hi My wife has money in trust with Ameriprise...She is supposed to get 5, 000 a month deposited to her...

I have a 95 year old blind mother that has 4 annuities with RiverSource. Mom wants to make withdrawals from...

We had a break-in and major vandalism of our home two years ago, filed a claim, and Ameriprise has done...

I elected to close my IRA annuity that I had held with Ameriprise/Riversourse for 12 years and roll it over to another brokerage institution. After receiving all the appropriate paperwork they closed my account. In discussion they advised me it would take 8 days from closing the account to issue a paper check that would be mailed to my new brokerage firm. So this puts me out of market for close to two weeks and fattens their return by using my money. This is simply greed. Absolutely no excuse for 8 days to transfer and then not to transfer electronically. Such a shame Ameriprise elected to leave such a bad taste with me.

Ameriprise Auto Insurance — policy increased more than 100% in one year. no accidents or tickets.

Our car insurance policy wen up over 100% in one year. We have no accidents or tickets and drive at the most...

We pay over $550.00 dollars per month to Ameriprise. I called Ameriprise about an auto claim. My son is on...

It is time for Costco to either cancel their partnership with Ameriprise or do an in depth study of just how...


I called Ameriprise. Their poorly trained rep admitted they closed the account, they didn't have to tell me, and I had no right to it, including the$1, 932.34 deposited into it. He refused to open my account, he refused to tell where they had put my money, but he did tell me I "had wasted 30 minutes of his time."

I have been insured by Ameriprise since 2011. I recently submitted an insurance claim, as I was rear-ended by...

Jim Nocito is one of Ameriprise's financial planner/advisors. I went to him on a recommendation and placed...

After years of using this company for home and auto insurance, we received a phone call followed by...

My mother died on August 20. She had a small Ameriprise portfolio which my sister and I would receive as beneficiaries. After her funeral I began contacting banks, insurance companies and Ameriprise to close out her accounts. I had no problem with banks and insurance companies but I am still trying to get the Amerprise account closed. I called Ameriprise Estate Settlement on August 27 to inform them my mother had passed and we wanted to close the account. I was told both my sister and I would receive forms within 3-5 days which were to be filled out and returned to Ameriprise. Because no forms were received I called Ameriprise again on September 4 and was told there was no record of my previous call but forms would be mailed to us and we should receive them between 3-5 business days. No forms were received by September 14, so again I called. I was told there was no record of my previous phone calls and forms would be sent that day. On September 18, again not having received any forms, I called Ameriprise to be told that the forms were being sent and I should receive them by today, Septmber 22. Guess what - mail came and no forms were received. The portfolio is small but I am beginning to think Ameriprise does not have the funds to close out the estate. No sense calling the "Personal Advisor" because he does not answer his phone. Meanwhile the "estate" is rapidly shrinking because of the volatile stock market. This should have been closed weeks ago.

I called to get a quote for my wife's son and compare auto insurance companies. And I told the man...

Ameriprise Financial in Warren, NJ was recommended to me by my former colleague at work. The advisor I dealt...

The complaint has been investigated and
resolved to the customer's satisfaction
Resolved Ameriprise Financial — Treat Employees Like S***!

Las Vegas Call Center Former Employee: This company treats employees like s***! Derive what you will from my...

On 8-2-2013 I was involved in a four car collision and the at- fault driver took full responsibility for the accident, however he had minimum coverage. I decided to use (my insurance) Ameriprise to cover my damages and was harassed, treated unfairly in addition threaten. The passengers in my vehicle were my daughter (20 yrs.) as well as my two grandsons (19 months and 9 months). I submitted my claim, I was first asked then it became a demand by two Ameriprise representatives on two different occasions to provide proof of auto insurance for my daughter. I informed both reps (on two different occasions) that my daughter does not have auto insurance due to the fact that she does not drive nor does she own a vehicle, thought this was over. Several weeks later I received a voice mail from Ameriprise Rep Jill, stating “since you failed to provide your daughter’s insurance information she will be added to your policy.” (Saved the voice mail) I decided to call a friend at Allstate Insurance to inquire about this. I was told that Ameriprise had no right to add my daughter to my policy under these circumstances. I contacted Ameriprise (spoke to Karen) and requested their decision to add another person to my policy in writing. Karen's response was “We have your daughter listed as the driver and your last name is different on the report." I asked her if she has a copy of the report, (I was placed on hold) she said yes. She confirmed that I was listed as the driver. Then I informed her that there was a supplemental report which contains my correct last name. I thought that was the end of that.I then got a letter dated 10-16-2013 stating that my policy has been revised due to a driver change. I contacted Ameriprise once again and spoke to Rep Jessie (Female). I requested an explanation of the driver change. Her response was “We need proof of where your daughter resides in order to remove her from your policy." I told Jessie “It clearly states on the police report where my daughter resides as well as where I reside. She did acknowledge that she in fact saw the addresses on the police report. However, she still insisted that I send proof of my daughter's residence and proceeded to tell me when they receive it, it will take three days to process. I responded “I hope once you guys receive this information that will be the end of this harassment, I have two terminally ill family members to take care of and I don’t have time for all this." Silly me I thought this was the end of the unprofessional service, I was wrong.I faxed my daughter's lease agreement on 10-21-2013 at 09:17 and received a confirmation page. A few days later I got a threatening as well as unjust letter from Amerprise Vice President, Client Service Carol Kammin, stating that they will withdraw a one-time payment of $1071.29 from my account and proceeded to threaten me "If your premium is denied by your financial institution, you will receive a premium notice for the full balance of your policy premium." She gave no reason for the increase in my premium.
On 10-28-2013 I called Ameriprise spoke to a Rep Jessie (male). I explained to him all the issues I was having with Ameriprise and requested to speak with a manager; however I got a Supervisor Laura. Supervisor Laura explanation for the request of my daughter's proof of residence was due to the fact that my daughter had a fender- bender with my vehicle in 2011. I was still perplexed. I asked what does that have to do with this accident? I was the driver and I was not at fault? At the end of the useless conversation, I agreed to resend my daughter's lease in addition the confirmation page of the first fax. On 10-29-2013 I faxed my daughter's lease agreement once again and contacted them to confirm that they received the fax, which they did. I thought this would be the end of the nonsense, but no there is more.
I got a call on 10-15-2013 (at around 09:54) from Benita; she stated “I need a signed affidavit stating that you would not allow your daughter to drive your car.” I thought for a minute I was having a nightmare. I asked her, “On what grounds are you requesting this signed affidavit?” She stated, “We need this in order to remove your daughter from your policy.” I told her to put that in writing and send it to me, we confirmed my email. I am still waiting for that email.

DO NOT BUY THIS INSURANCE THAT IS SOLD THROUGH COSTCO. DOESN'T MATTER WHETHER YOU ARE VICTIM OR INSURED...

Ameriprise Financial Cesa — Made up fees

I set up my son in a CESA a few years ago. At the time we were told that there was no minimum monthly investment due to the fact that it was a qualified educational savings account. However, recently we started noticing fees for the quarters there was no activity. We decided that due to the fact that this supposed pollicy had changed, gave an order to sell our shares and close the account. Three weeks after our request to close our account they finally sent a check that was 20% less than what the closing amount was.

Watch out for Ameriprise Financial Company! Ameriprise will lie to you to get a contract such as Variable...

Ameriprise Financial
29
%
Not bad, but could've been way better. This company does respond, but not as often as you'd expect them to.