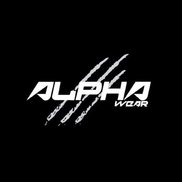 Having problems with Alpha Wear Fitness?

I clicked on the ad for the ambassador program through Alpha Wear Fitness. I was contacted about making a purchase of attire because understandably you can't represent a company without their products. I placed an order for 6 items. I was asked if I wanted to increase my order to 8 items with incentive to receive a free bag if I upgraded. I declined. Later I was contacted by the CEO to purchase more items to help me qualify for a competition for possibly becoming an ambassador. I was asked several times if I wanted to make this purchase. I felt the antics of the business were very pushy so I stopped responding about the purchase. The CEO seemed to be annoyed through tone of his texts phrasing. After about a week, my products still had not shipped. I was told I would have to send an email to customer service. After sending the email, I received a text from Christian that 4 out of 6 of my items were not in stock. We got those 4 exchanged and the sent them out after I contacted them several days later again. The 2 items that were supposedly in stock have still never been received. My order was placed May 10th. This is August 27. I have tried to email and text to try to receive my other 2 shirts and have received no response. The customer service with this company is terrible.

Would give zero stars if possible. I applied on the Alpha Wear to become a brand ambassador/paid athlete and...

I recently created a purchase through Alpha Wear, after responding to an ad to become a brand ambassador. There was multiple points of contact during the transaction and began to receive direct text messages from the owner, Albert. I was also receiving correspondence from Christian and others on the team. At one point, I was receiving text messages to my cell phone from three points of contact about my order, a "competition" that I was never given full information to participate in or a chance to participate in a future competition. There was much pressure to increase my initial Brand Ambassador purchase from six items to eight items, with the offer of receiving additional merchandise. I received multiple text messages about increasing my order, until I responded that I would not be purchasing more than six items. I was told that I would be a part of a competition to become a paid athlete under the sponsorship of this company. I did not receive the information in order to participate in the competition, and asked multiple times for this information to be sent to me. I also repeatedly asked for my Athlete registration email to be re-sent to me because I did not receive it in any part of my inbox (I checked junk and spam folders). I was sent several times the time stamp that it was already sent instead of being emailed the information within the proper time frame to compete in their competition to become a sponsored athlete. I was contacted several days after placing my order via text message to be informed that my items are not in inventory and I could be provided a larger size. I requested a full refund since they did not have half of what I ordered. I started receive threats of lawsuits, of Alpha Wear "contacting the fitness industry" to disparage my professional career, and the owner, Albert, began to text me again personally while his staff repeatedly pressured me to get on a call with him. Albert was condescending in tone and denied any pressure or issue with my order when I confronted him and when this was filed as a complaint with the Better Business Bureau. They claimed they have since sent my order a while ago, when I was receiving texts last week about an issue with half my order, saying it wasn't in stock like their website stated when I ordered. Stay away! It's a scam!

So a few years ago they reached out to me for their "athlete search". I ordered over 200 dollars in clothing that day, and it had to be THAT DAY, couldn't wait till the next. Anyways, so I ordered all these products and got my receipt and confirmation. Then began the waiting game. I waited and waited and nothing ever came. Finally reached out and after months got a response. I got back and forth answers how they were back ordered, then filled my order, then back ordered, then filled my order. I to this day never seen a penny back or even so much as one article of clothing. Wont do refunds, but its not a refund when you haven't even sent one thing I ordered, thats called stealing. I thought that's how businesses worked, you order, you pay, they send. I was wrong apparently. I write this cuz I couldn't believe I ran across them yesterday on social media and seeing they're still doin the same thing to other people. I really was surprised tk even see this company still up and running. I have email after email after email from this experience. I hope this helps someone out for the future

The complaint has been investigated and
resolved to the customer's satisfaction
Resolved Alphawearfitness, theft — apparel

Attached is the payment for a second charged after finding out it was a scam & contacted my bank to seized...

This company is a joke. I have read reviews on multiple website and they all say the same thing. This company...

After applying for their Ambassador program to ask information about their brand and what it took to...

I ordered a t-shirt as gift - cost about $30. I ordered on 13 Sep, received no communication from the company...

I have also ordered some fitness clothes from Alphawear Fitness, and the company scammed me. They haven’t...

I found the offer of Alpha Wear Fitness. They searched for the athletes. I sent the photo of myself and my...

Alpha Wear Fitness
30
%
Not bad, but could've been way better. This company does respond, but not as often as you'd expect them to.