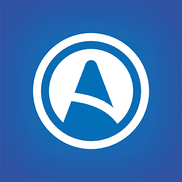 I was seen at Aspen dental and was told by Dr. Yumang that I would need an apico ectomy done. I was then sent...

The first half of my mouth was cleaned that day. Also, they did a very hard sell of the Rotodent Electric toothbrush. The hygienist was worse than a vacuum cleaner salesman. Eventually I was talked into the rotadent and was told not use my Sonicare. Needless to say I ended up purchasing a toothbrush. I had to return on December 7, 2006 for the second half of the cleaning. Then on February 8, 2007 I was told I needed a recheck and periodontal maintainence. In addition I went back on June 6, 2006 for more periodontal work These procedures were expensive; but it was worth it because my gums were feeling better.

BUT... In June 2007, I was moving out of state. I asked Apsen Dental for copies of my chart and x-rays. So that I may present them to my new dentist. Aspen Dental called told me my chart and x-rays were ready to be picked up. The records were sealed in a manilla envelope. I made the mistake of not opening it right in the office. But I was relocating; too much stuff going on.

October 2007 I scheduled a dentist appointment for a routine check up and cleaning with a new dentist in my new area. At the appointment I opened up the manilla envelope what do I find. A few x-rays, and a note on Aspen Dental letterhead. The only thing legeable is Periodontal. The rest of it is a bunch of scribbles. My new dentist looks at it and says, "How on earth is anyone supposed to read this!" I had new x-rays taken. Plus I had Aspen Dental's x-rays. My dentist examines the new x-rays compares them to the x-rays taken at Aspen Dental. "Didn't they tell you that you had an abcessed tooth and it's nearly completely calcified! It was there last year, this year it's worse!" I said, "No I was never told." In fact, I had complained about that tooth for at least nineteen years. " I explained I starting having doubts about my first dentist. All my tooth pain and jaw pain was always caused by TMJ, tooth grinding or some other weird diagnosis. I went to Aspen Dental hoping to get a second opinion and better dental health care!

My new dentist, refused to touch the tooth. Sent me to an Endodontic Specialist. Eventually I had a root canal; but it failed. The tooth was so badly calcified the endodontist had a hard time finding the original canal. I just had Endodontic Surgery last week. It will take time to see if the surgery is a success. Otherwise, I will have to have my tooth extracted and replaced with a prosthetic tooth.

I still do not understand how this tooth got so bad. In my opinion my original dentist and Aspen Dental failed me. They are both negligent. The tooth was already 90% calcified in October of 2006. It should have been visable on x-rays in 2005! Not sure why it was not detected sooner. Even after I complained many times about the tooth. BUT the infected tooth is clearly visible in 2006 on X-rays taken at Aspen Dental office in Blasdell and they never told me. Four office visits and not a single word about my abscessed tooth.

As far as my original dentist, I have nothing good to say. But that is a different complaint. As for Aspen Dental, in my opinion, Aspen Dental would rather see all your teeth fall out. They can make more money doing implants, bridges, making false teeth, and selling motorized toothbrushes. This outfit is not interested in preventative maintainence. They only want to make a lot of money real fast! I am troubled knowing that I could have had a root canal a year earlier, maybe even two years ago. I did everything a person is suppose to do. Regular check ups, brushing twice a day, flossing everyday.
What do I have to show for it. A failed root canal, leading to Endodontic surgery. Maybe tooth extraction.

The best thing that could have happened to me and my teeth was relocating to Mississippi/Louisiana area. The dental care I have been getting; is far superior than what I received in New York! I can not stress enough, stay away from Aspen Dental. If you are a current patient of theirs, I highly recommend finding another dentist in the area. I wish I would have done my homework or asked friends and neighbors for a referrals. If you ever need a dentist in Western NY ask me. I tell you who NOT to see.

I think Aspen Dental are a bunch of crooks! I wish the New Media would do some undercover investigating, I am certain they will end up with one shocking story!