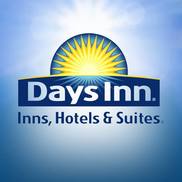 During the busy time in Albuquerque we understand that options are limited in hotels. There is no reason we should pay for this hotel because: no shuttle service to airport as advertised, no room service as advertised, pool is empty, and the room is absolutely disgusting. Sheets are stained, no towels in room, no lock on door, floor is covered in old food and stains, smells like cigarettes, the wall paper is falling off the wall, the shower is moldy, The mirror is covered in something, the window is cracked to the outside, the curtains have crusty smudges on them, and not to mention that all the furniture is broken. No other options available for tonight. A full refund is required. I arrived after 3pm to check in and I was told that my NM driver's license had my old Albuquerque NM address and they weren't able to check my grandson & I in. I told them that I had recently moved out of Albuquerque and we returned to get our stuff from the storage and we needed a place to stay. Eventually, we were denied and treated with prejudice! They also said it was a new policy which I didn't see when I made reservations. So we ended cancelling and I felt mistreated! I'm a Native American Indian and I hope this doesn't happen to other Natives. This complaint has been directed to social media as well.

To Whom It May Concern:

I wish to report an alarming incident that happened at the Days Inn Hotel Circle in Albuquerque, NM.

I checked in on November 17, 2007 at 2:14 pm and paid for one night with my VISA. The day clerk listed here was not on duty. I left to spend the day with my daughter. When I returned at about 2:00 am I decided I needed to stay another night. I went into the lobby and asked if the same room was available for another night. When I offered my credit card again, the night clerk asked if it was the same card. Since it was, he assured me he did not need to run it again. After a nap, I went about my business and returned to my room late that night. I had forgotten to have the card re-keyed, so the night clerk took care of that for me.

The next morning at 7:00 am, the day clerk phoned me. He was very irate and stated that my card had been declined and to come to the lobby immediately to take care of it. I went into the lobby and logged onto my credit union. The card showed I owed less than $250. My credit limit is $10,000. There was nothing wrong with my card.

I approached the front desk, identified myself and offered my credit card. He took it and then began yelling that he had run the card four times and it had been declined. Until this moment, he did not access to my card. It was my feeling that he had simply typed the incorrect numbers from yesterday’s transaction. He yelled that it was my responsibility to take care of the bill and that because I had not paid for the previous night I had broken the law by breaking in and he would call the police and have me arrested. I was not allowed to speak. Whenever I tried to speak, he would thrust his palm at me. He is significantly taller than me and I was taken by surprise at this attack. The day clerk repeated the threats and shook his finger at me repeatedly while yelling. I was frightened very badly. I have never had my card declined. There is nothing wrong with my card. He refused to run my card and handed it back. I was extremely frightened by his violent temper and threats. There was no reasoning with him. He said to call my credit card company. I stated that the credit union would not be open until 9:00; it was now 7:10. He yelled that I needed to take care of the bill right now. He kept yelling the threats and yelling “What is your problem?” Several times he approached me in a threatening manner and shook his finger in my face.

I was frightened very badly and only wanted to escape to a safe place. I left the lobby and tried to get back to my room, 102. The door had not closed completely, so I ran in and locked it. He banged on the door, threatening to call the police because I had broken into the room. I called my daughter. My hands were shaking so badly, I had to dial the number three times before I input the correct number.

I heard him pacing back and forth outside the room. He tore off the window screen, probably trying to get in. I heard him on the phone calling the police, still yelling at me that I was going to be arrested.

When I completed the call to my daughter, I opened the door. He grabbed all of my luggage and my purse and ran out, yelling that they were going to the dumpster. One of the maintenance people helped me gather the rest of my belongings and I went to the lobby. The day clerk kept yelling that the police were on their way and that I would be arrested for breaking into the room. It was very embarrassing to sit in the lobby in my pajamas. I had not showered because it felt the situation would be resolved immediately. The items that were not taken to the dumpster, such as yesterday’s laundry, were piled on the table. Other guests were getting their breakfast. It struck me that the maintenance man who helped was very calm and knew immediately what he needed to do. Later, when I was at my daughter’s house, we conjectured that this might not be the first time he has treated a customer like this. When I stayed in July, he was not the day clerk; I assumed there has been a change in management.

I was still shaking very badly when the two police officers arrived. The law regarding the situation was relayed to me. I told a short version of what happened. The officer explained to me that the clerk had no right to remove my belongings and said he would talk to him.

My daughter showed up a few minutes later and put the second day’s stay on her credit card. My luggage and purse were retrieved from the back room and returned to me. The police officer suggested I check to make sure the contents were intact. Since I had my wallet in my pajamas pocket, there was nothing of real value left in the purse; I checked my purse. Nothing was missing. My daughter and I left; the police officers remained in the lobby. The check out is listed as November 19, 2007 7:48 am. The police did not create an incident report.

This entire incident would have been avoided if he had run my credit card Tuesday morning. I am contacting my lawyer about filing a civil suit for harassment and threatening behavior, as well as for unlawfully confiscating my belongings.

I expect you will be conducting an internal investigation. Do not use my name as I fear retaliation. I do expect to be contacted about this incident within 7 days.

I no longer wish to be a trips rewards member if this reflects the caliber of personnel you employ. I also intend to share my experience.