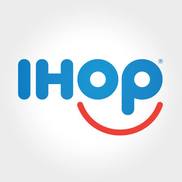 Being regular customers of your IHOP restaurant (50 Parsonage Road, Edison, New Jersey), my wife & I usually dine for breakfast with one of your waitresses (Birvena) being our first waitress of choice, however, over our last four visits, this waitress was not on duty resulting in waitress "PAULINE" becoming our regular server.

So happens that our breakfast visit of today (Wednesday July 21, 2021) became our first negative experience resulting in our walking out without eating owing to an insulting & negative display of machoism by one of your cooks.

Upon our orders being placed, coffee being served, waitress "Pauline" brought our serving to the table at which we were seated only to find that the cook had included breakfast potatoes which were ordered for my wife, but NOT for myself. This was brought to Pauline's attention who then returned to the serving counter to request of the cook to remove said potatoes; he immediately started berating the waitress by gesticulating with his hands/shouting at her while loudly telling her to "LEAVE ME ALONE". In addition to this cook's callous behavior, he then grabbed the plate on which the remainder of my breakfast was still "sitting", scraped off the potatoes, then literally "tossed" said plate back in the direction of waitress Pauline.

We are not ones to complain about trivial matters, we have eaten at an IHOP in every fifty states of the union & must say this is the first experience of an insult wherein such a display of gross behavior was observed; in addition, we do believe that this cook needs some "back room form of sensitivity training"; if he's too "busy to do his job as a cook", he ought to seek employment in another field while at the same time issuing an apology to waitress "PAULINE" who was only doing her job in her attempt at providing good service to your repeat customers.