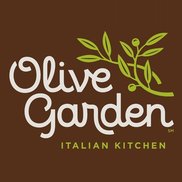 Valentines Day nightmare. I ordered a steak and my wife ordered the kabobs. Both were to be cooked medium. When the food arrived the waiter carefully removed hers from the skewers, asked us to try our food and asked how they were. We both cut into them and they were both medium. My wife however noticed that hers was warm on the surface, but cold in the middle, like it had been sitting under a lamp for some time. The waiter apologized, took the plate back and said he would take care of it. When he returned, 15 minutes later, he cautioned that the plate was very hot. We noticed right away that the kabobs weren't on a skewer and only contained about half an order. When she cut into a piece of meat, it was hot allright, but it was also cooked well and had no juice left. The kitchen had either put it back on the grill or microwaved the heck out of it.

We had now been sitting at the table for over an hour and neither of us were interested in waiting any longer. We called the manager and told him we wanted our bill. We had never seen him there before and he just stared at the plates. He then said that he would have her kabobs re-made. My wife replied thanks anyway, but "my husbands dinner is now cold and this whole dinner experience is pretty much ruined. He finally said "just a minute". He left and returned, apologized and said that he had taken care of our bill. That was the end of it. He did nothing to entice us to return to his store and we will never go back. This is a real shame, because we live in the area and used to eat there a couple of times a month.

The first problem which was a cold meal was made even worse by the second problem, which was a manager that didn't have the first clue about customer retention.

Newnan lost a TGI Fridays last year due to lack of customers. Watch out