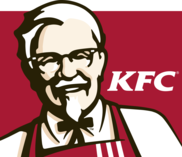 I went to KFC in Hastings, Ne. #K402002. My ticket #1137, on 9/29/2021 @ 2:29pm, to get a side order of potatoes & gravy. I received my order and placed the bag in my seat, without looking inside the bag to check order, (unfortunately)& proceeded home, which is approximately 45 minutes away. When I got home, I reached to get the bag, when I noticed something on my seat. I opened the bag then, to see that there was no lid on the gravy, and so the gravy was in the bottom of the bag, and all over my seat. I then found that the lid that should of been on the gravy was also on the bottom of the bag. So the person whom prepared my order to go was so incompetent, that they did not take the time, or care to make sure the lid was securely on the gravy, for an order to go!
The order was for my ill Mother, because she was craving KFC potatoes & gravy. Well she got potatoes only! I proceeded to call the KFC to talk to a manager, in which I was polite, and explained what happened, and I asked if they would pay to have my seat cleaned, as it was cloth. And that one of her workers was incompetent, to make an order safe, to go! Well she was not polite, and she told me they will not pay to have my car seat cleaned, I asked why not, and she continued to talk to me in a loud unfriendly voice. I then asked her, what her name was, and she told me, "I am not giving you my name!" I said, "That's ok, the company will know who was the manager at that store at 5 pm." So I was going to hang up then, and I heard her yelling something at me, but I don't know what it was, as I was hanging the phone up! I've never encountered a manager like this before, especially because I was being polite, and just explaining the situation, and you would of thought I asked her to cut off her right hand. It was a little ridiculous, and she did not resolve my issue at all, as I thought that was the manager's job! I was curious if this is how you expect to have your KFC name respected, I would think you would want it regarded a little higher. I also would think you would want an efficient manager, whom taught her employees to be competent worker's, and for her to problem solve!
Thank You for your time.

Sincerely, A loyal customer of Many years.
Jodi Taylor