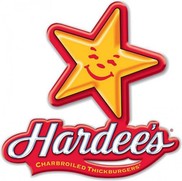 On 8/10/2021 my husband, our great-nieces, and I stopped for lunch at the Hardee's in Maiden, NC. I placed our order, then repeated it, and repeated it a third time and the cashier never got it right. However, after the wrong sandwiches were made and discarded, she got them right. The order was not complicated - 2 Hand-breaded Chicken meals, 1 Chicken Club, and 1 Chili Dog. And, so begins the wait. The person in the kitchen and the cashier would work on the order together. After 5 to 7 minutes. the chicken was dropped into the fryer and 5 minutes later the fries were put in to cook. I watched as the chicken was removed from cooking and I could see that the pieces were burned black on the edges, and were used to construct our food. The wait dragged on as other customer placed their orders. As those customers waited they grew frustrated and began to talk among themselves about it taking so long. After waiting 20 minutes or more, we were handed our bags of food and I noticed that the fries had not cooked long enough and mentioned it to the clerk who offered to cook them longer. We were already late so we declined. The children were hungry and ate their sandwiches burned parts included, and commented that they tasted awful. My husband enjoyed his chili dog, and mine was not cooked enough so that I only took a few bites and threw them away. While we were waiting, an employee came from the back of the store into the front dining room, laid down on the seat of a booth, and went to sleep. We found this action disconcerting, especially with our young ladies observing this behavior. Before we left the location, we wanted to get our receipt and I went to retrieve it as the cashier did not hand It to us when we paid. She found it behind the counter on the floor, picked it up, and handed it to us.
Note: We do not have the capability to scan the receipt as suggested.