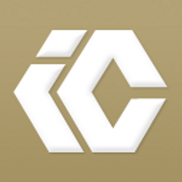 The complaint has been investigated and
resolved to the customer's satisfaction
Resolved I.C. System, Inc. — the world worse customer service

THEY HIRED GHETTO FEMALES WHO CAN NOT SPEAK ENGLISH PROPERLY AND THEIR FAVORITE WORD TO COMMUNICATE WITH...

I had recently sent a check for the amount of 186.62 for an overdue bill that was due to Petsmart. Thi...

The complaint has been investigated and
resolved to the customer's satisfaction
Resolved IC Systems, Inc — not returning my money

In December 2008, I contacted IC Systems to set up payment dates for an outstanding debt.I had set up 3 date...

I strongly agree they don't want to work with you . They just want to harass you and lie . They told me...

I am complaining about the very rude and unprofessional conduct as well as ILLEGAL activity on behalf of a...

I ask icsystem not to ever call my phone number!!! But they do not stop. Plz advise smb, what can be done in this situation...

I closed my washington mutual credit card last month and paid off the amount that I was advised to pay to satisfy the loan. yesterday I started receiving multiple calls from a Roger at IC Systems. The rep. Roger was very rude when i called him back and tried to explain that the amount was paid in full to washington mutual, he hung up on me 4 or 5 times and continues to call me with the pay now harassment method.

I am being contacted by phone and mail from these people. They are contacting me about a charge that was made on my credit card that was false. My account number was used by someone that got my number after the fact that I had closed out account for this reason with someone else. The item that was purchased was for something through a pei education inst. What I have no idea. I found out about this through a letter I received from pei in jan 2008. I contacted them a told them it was used on a bogus credit card number. The card had been cancelled months prior. I then received a letter from them requesting a police report about the matter. I went to the police dept. And showed them the letter. They stated that once pei affects my credit to get a lawyer. There is a very large case against them right now for this matter.

Now I am receiving phone calls and letters from this ic systems inc. For the same reason. My last phone call was about a hour ago. When I answered I tried to explain the error that they and who ever this pei is had made. The person I was talking to only knew 4 or 5 english words. She kept speaking in spanish right in the middle of the sentence.

I asked her to please send me a copy of my signature where I authorized them to bill me or charge me or send me anything. I was told that I needed a lawyer. That they demanded that I pay. What do I do? Does anybody know.

I contacted my credit card company and was told that the account had been sold to IC Systems, Inc. for collections.

I called IC Systems the first time, and all seemed to go well. I was put on a payment plan.

Then when the first payment came and was supposed to be deducted from my checking account, it wasn't on the day they said it was supposed to be. Finally, 3 days later, they deducted it. Then 3 days after that they called me demanding the payment. I called them back and after speaking with them, they at first claimed that I was not on a payment plan an d wanted to knwo when I would pay. I asked to speak with a supervisor, and after speaking with him it appeared that the account payment plan had been revoked for non-payment on the day it was supposed to be paid. I told them then that the money had been in my checking account and was there now but they had not deducted it from my checking account. The supervisor checked some more and came back and told me that it was fixed and the payment plan put back in place. He said he had found the payment.

Flash forward to one month later and I now have gotten a letter from them (note I still have not received a paper copy of the payment plan put in effect). The letter stated, that due to non payment, they were now demanding payment. I reiterated at that point, that I had already called once about being put on a payment and what had happened last month. Again, I asked to speak with a supervisor and when she came on, her name was Lisa, she told me just to ignore the letter but the payment plan was still in effect.

I tried to tell Lisa that it's very confusing and frustrating to get this type of letter after having set up a payment plan with the company but her only remark to tell me that I wouldn't be getting this letter if the bill had actually been paid in full.

This company refuses to send me a paper copy of the payment plan for my documentation and in fact told me to call my original credit card company for this instead.

These people are rude and very very inconsistent with their information over the phone and via mail.