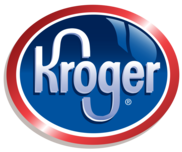 I purchased a frozen turkey at kroger (approx. 14lbs) and set it in cold water to thaw so I could cook it the day after. When I opened the turkey it was still partially frozen but smelled terrible.

I called the store and they told me I could bring it in for exchange.

When I went in to get another one I could not find one that was in the same size/price range as the one I was returning, and also noticed the paper was torn on another turkey- when I looked closer I could see the skin looked old, dried up, or freezer burned.

I decided I would just get some other groceries that amout to the same I paid for the turkey.

When I went to check out with groceries that totaled more than the amount they owed me, they refused to allow me to use my money that way. They said it had to be another turkey- I told them about the size/price/ and condition of those turkeys and I did not want one. They said I would have to call the next day to speak with another manager about it.

So far I am sitting without my turkey, without my money (almost $17.00), and have been inconvenienced with my time, and cost of gas to travel back and forth to their store for nothing. So far I am up to putting 35 miles on my car for this rediculous handling of the situation.

Three days later and I am sitting here waiting for management to call me back to see what they are going to do about it. I will not accept anything less than my money back, or to buy groceries of my own choice that total the amount I lost. This of course will cost me even more time and money since I have to drive back and forth once again. I'm sure it would be ludicrous of me to think they might do something to make up for extra inconvenience, aggravation, and money this is costing me traveling back and forth.

I didn't complain about this other incident, but I was really angry about it. It involved both of my daughters ...

My eldest daughter, at 30 years of age, married and with 3 children .. visited the same kroger to buy food for a cookout, and some beer for her husband.

My younger daughter (17 yrs) was with her.

At the checkout, the casier told my daughter she was not going to let her buy the beer. When she asked "why not" the cashier told her it was because my other daughter was under age!!

My daughter told her, look I am 30 years old as you can see on my ID and it is perfectly legal for me to buy beer. I come in here with my children that are much younger than my sister and have never been refused the right to purchase beer!

The casher simply told her, well I don't feel comfortable with it!

All the manager had to say about it was that if the cashier doesnt feel comfortable selling the beer then she can refuse to do so.

There was absolutely no reason for their behavior in that store. They humiliated my daughter with a line of people behind her and it was completely uncalled for.

I'll wait on my turkey ordeal and then I think I am done with this store.. I have been shopping kroger for years and give that store a lot of business on a weekly basis, and have NEVER returned a thing before this.

They do not treat their customers well at all.