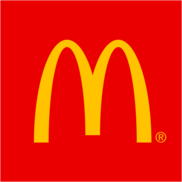 We frequently visit this McDonalds and came in this evening for a meal. We placed our order and paid with a credit card. When our order was ready we asked for dipping sauce and were dismayed to find that this McDonalds is now charging $0.11 cents per container for your dipping sauce. This is outrages! What next, are you going to start charging $0.11 cents for a little packet of ketchup or maybe $0.11 cents for a lid or a straw? You are the first and only fast food restaurant I know of that charges for condiments! All I wanted was a couple of containers, in the past I would ask for sauce and your employees would give me several when I only needed one. Instead of penalizing your customers why don’t you train your employees to be more conservative when handing them out.

I can not tell you how upsetting and appalling this is to me and I will be voicing my opinion to everyone who will listen! This will include FaceBook postings to all my friends and discussions around the “free” coffee maker at work on Monday! I also plan to contact the other fast food restaurants in the area and encourage them to advertise that their condiments are still free!