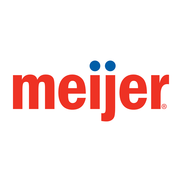 We were in the Angola store in the check out line today. The check out called my husband on the carpet for being 4 feet away of the customer ahead of us. He move back as requested. However, my complaint is that 2 of the 3 adults that were ahead of us were wearing their masks under their noses and the check out never mentioned it to them! Additionally, there was another shopper directly behind me that was less than 2 feet away from me and the check out did not see fit to let him know about the 6 foot rule. I asked at the customer service desk which was more important--6 foot social distancing or wearing the face mask properly. The attendant said that she thought it would be the face mask. Which I heartily agree.

I only normally complain if someone was over the top rude. This lady named Deb was at deli register when I approached her about a order I wanted to place. They were not up and running yet because it was very early. She made sure I was aware she was irritated that I needed something when they were not ready for the day yet. I told her it was for the later which she replied "you are not giving us much time" she was not happy. I assured her it was for something quick. She got the paper to write it down and asked what it was I wanted. I told her gameday wings and she very rudely replied well how many? I almost just turned around and said I will go somewhere else. I love Meijer and am there constantly and will continue to shop there but that upset me so much I had to say something. Thankyou!