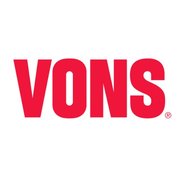 6/17/19 My daughter removed class ring in bathroom to wash hands at Vons #3058 in Yucca Valley and forgot it. Thrilled and thankful an employee found her ring and friended her on FB (her name is engraved) to let her know it was found. My daughter was thankful and said she would drive and pick it up. Employee said manager said they would mail it as it was a distance.

Well, FLAT letter envelope arrived, with some tears but no ring. I called Summer, who signed the letter, to let her know I opened a case with the Post Office for a lost ring. While I was thankful the ring was found in the store, I'm astounded at the irresponsibility of placing it in a flat envelope. She said "Oh, it was not just placed in the envelope. It was wrapped in bubble wrap, secured with a rubber band" and THEN placed in a letter envelope. "I'm sure it was the size of a ping pong ball, " Summer said. Even more shocking someone thought it appropriate to send this way. A bulky item absolutely should NOT have been mailed this way. We would've sent a pre-addressed stamped bubble envelope or small box for mailing.

It is likely stolen due to the thickness of the envelope. I inquired of Summer if Vons would be able to assist us in replacing the ring, since the irresponsibility was on the sender's end. She "looked into" and called me back that there's no policy but will help with the Post Office investigation.

Since my daughter didn't ask the ring to be mailed and quite the opposite offered to drive to pick it up, I feel Vons should be helpful in replacing the ring. Anyone I share this with is shocked it was sent in a flat envelope. This ring cost just under $300. Thankfully, Jostens has a ONE-TIME ring replacement program. The Post Office actually told me this, as it is likely stolen due to the bulk.

Replacing my daughter's ring would be $93.06. I would greatly appreciate Vons help in taking care of replacing her ring as I feel it was handled irresponsibly. Summer (asst. bookkeeper #3058) has been very kind to speak with and responsive, though it is very hard to get ahold of her due to our conflicting hours and she does not have a voice mail. I appreciate her looking into assistance, though it was not fruitful.

I am a lifetime Vons shopper here in Hermosa Beach. I know customer service is top notch. Please consider helping replacing this treasured item for my daughter. Thank you. Photos of envelope attached. Please call with any questions.