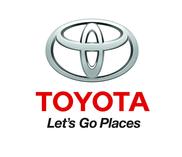 Neither Lexus nor Toyota have any interest in responding to complaints and following New York State Law or laws of the FTC. The government does not follow up and enforce the law. The New York State Attorney General does not even compel Toyota or Lexus to respond in writing. We as consumers are stuck. Do not buy a car from Lexus or Toyota because they do not follow the law. The New York State Attorney General does not enforce the law and compel Lexus or Toyota to follow up or comply with the law such as sending bills and the FTC now know as the Consumer Financial Protection Bureau Washington DC does nothing.
We have plenty of laws, pay plenty in taxes but unless you have good legal counsel do not expect results. Lexus and Toyota are in control. In Queens County Civil Court in New York State, the average wait time to for a trial if you wish to adjourn a Civil Court case is 2016, and 2018 for No Fault cases. The reason given is that the Courts are protesting the Governor's budget cuts. Why not try cutting the Bureau of Consumer Frauds that does nothing to implement the law, rather than the Court system.

I purchased a new 2010 toyota tacoma 4x4 4cylinder in 2011. I had to fly to PA to get it (from Houston) becuase there were no 4x4 standard trans. 4 cyl trucks in Houston at the time. Ever since I purchased it i've had problems with the clutch, slipping, the vehicle has no power, it gets terrible gas mileage for a 4 cyl engine. I first reported clutch problems at 5K miles, then again about 10K miles. The dealerships here all tell me the can't find anything wrong. My wife & I went to NM for Thanksgiving and took the truck with a small 500lb trailer and a 4 wheeler and the truck wouldn't pull this up a slight incline!! Took it again in Jan. and this time the clutch slipped so bad it started burning up!! Toyota warranty replaced it in approx. Feb. so March we took it back to NM to try the New clutch with an 800 lb payload (500 lb trailer + 300 lb instrument) and this clutch burned up on 4" of snow!! Now Toyota says I don't know how to drive a standard shift and they're not going to replace it again. I consider this breach of contract! what about my warranty? This clutch was weaker than the 1st! It burned up after 1 attempt to climb an incline. Truck is rated at towing 3600 lbs! toyota must've been pulling DOWNHILL! DO NOT BUY A 4X4 TOYOTA TACOMA - they don't tow offroad!

I sent this letter to the president of toyota, usa. but, they dont feel any responsibility.

Office of the president

On november 29, 2008 I bought a 2003 toyota matrix with 44, 598 miles on it. after about 500 miles (about a week after buying the car) the check engine light came on, it was over a quart low on oil and had a engine code p0420. a couple of days later I checked the oil again and it had used over another quart. I was told the pcv valve could be bad so I had it replaced and the oil topped off. after this, I drove the car 50 miles and it used around 2/3 a quart of oil. I called the toyota experience center and told them the problems I was having and they told me to take it to the local dealer to have it checked. the person I talked to, looked up the vin # and told me that the engine on this car had been rebuilt at 41, 459 miles, in november 2007 at headquarters toyota, in miami, florida. he also told me that toyota would probably pick up the repair since it had less than 4, 000 miles on a rebuilt engine (currently the car has 45, 398 mile on it).

I took the car to my local dealer l&s toyota, in beckley, wv on december 23, 2008 and told them that the toyota experience center asked me to bring the car to them. l&s toyota did a compression test on the engine and it failed. the service manager at l&s toyota told me the engine block should have been replaced when headquarters toyota rebuilt the engine, but hadnâ��t been.

After about 10 calls to toyota corporate and numerous case numbers the verdict was in. terri allen, the service manager at l&s toyota of beckley said they will not fix the engine unless I pay for the repair myself. furthermore, terri told me I would be responsible for the cost of the compression test and putting the valve cover back on, which cost $180.00. john lino from headquarters toyota, miami told me they would take care of the repair but I would have to bring the car there, which is 950 miles away and I would have to have the car shipped since its not drivable using that much oil. also, I would have to fly down to drive the car back. john lino from headquarters toyota said he didnâ��t understand why that l&s toyota of beckley would not take care of the repair but, every car dealership is independently owned.

Both of these dealerships are governed by toyota motor sales, usa, so how can the one get authorization to do the repair but the other one canâ��t? the 2003 matrix that I am referring to is the 8th toyota that I have owned, because of their reliability. I assure you if this car is not fixed, I will never buy another one.in addition, I plan on having this letter translated to japanese and sending it to your corporate headquarters in japan.

I am sitting here wondering what happened to the honor and values that toyota was built on, which is the reason I have bought your automobiles since I was in high school. the first toyota I had was a 1976 corolla, which I sold with 278, 000 miles on it, and it was still running well. out of the 7 other toyotas I have owned I have never had a major problem with any of them. so how can a toyota engine blow up twice within 45, 398 miles and you donâ��t take responsibility for it?

Many people think that Toyota is a good car model. But, I had a bad experience. As a owner of new 2006 Toyota Highlander (hyb_LTD), I had 5 times of incidences of the front windshield dents or crakes caused by flying stones within 3 months. I had contacted Toyota customer service and did not get an appropriate response. Subsequently, I experienced 3 more similar incidences within the past 8 months, which all caused more severe damages on the front windshield. Some cracks extended automatically to more than 8 to 12 inches after single attack by a small flying stone. I, then, again contacted Toyota Customer Experience Center, requesting investigation and resolution. After repeatedly inquiring, the staff member created a case number and agreed to have an inspection. However, the field inspector never came, instead, without an inspection; he simply told me by phone that all damages on windshield were not product-quality related, so he would not come. I kept trying to contact Toyota Customer Experience Center, but there was no chance that I could directly speak with the assigned case manager over the phone for the past more than 4 months.
For my safety, I changed the front windshield without any Toyota’s help. Although I continue driving the same way as usual, and had several flying stone incidences, I have never had any dent or crake, suggesting the quality of these two pieces of windshield seems different. I am very dissatisfactory about the way that Toyota treats customers and the quality of its original windshield.