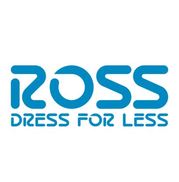 Ross Dress for Less — customer service is a punishment not a help.

On Fri 8/8/08 I purchased a slip cover for my couch.Well it was too short. So on Sun 8/10/08 I went to exchange it. When I walked in the store I spotted the "Customer Service" Kiosk. I walked upto it with my bag and a really rude dude in his stupid LossPrevention shirt, told me that I had to get in the line. Y'know the one that goes all the way back to the end of the store. I asked why and they said it was in all fairness to the customers. So to the back of the line I go.. 33 minutes (yes, I did count them) went by and I finally get to the front of the line, only to find out(by Big Rude Dude) that the register that opened was for "Purchases Only" I needed to wait for a spot (1of 2) at the "Customer Service" Kiosk to be opened..So, I had to let the person behind me go in front of me.. The next time a resgister was opened, the Cashier, shouted out, "Next Person in line for Purchases only". So again I had to let the person behind me go ahead. Then the next line that opened up, the guy I had to let go ahead of me, because it again was a purchase only, felt so bad..He offered to let me go, but I had to explain that I was being punished a because I had an exchange.. How is the in all fairness to the customers? Yes, I agree that the purchasing customer gets benefit from this New Corporate Policy. But why should Refund/Exchange customers have to be humiliated having to let the person behind you go ahead.. Fairness to ALL customers would be, Having ALL Registers Do PURCHASES/EXCHANGES/REFUNDS..You know like Mervyns, Sears, Nordstroms, Macys.etc...What Stupid fool in Corporate thought this up? I have now vowed never to shop there again..And believe my sister and I browsed the store almost every week. And we have decided to recruit customers to BOYCOTT ROSS. I am contacting all the news stations with this story and if I get one to be interested I am going to show them this site and hope they investigate Ross and there Comunistic Policies..Basicallly they are rudely telling us, while laughing in our faces, to shut up and conform. I do not conform well.
Disclaimer- I am not a violent person, nor would I ever suggest that Anyone react with violence..Okay? Sorry, just had to cover my... Thanks for listening. And No I don't leave my clothes in the fitting room, my kids don't run around breaking everything (they would rather be dead than seen in Ross). And I actuall put stuff back on the hanger even though I didn't take it off ( a little OCD about that) Thanks again..Sincerely, but Seething