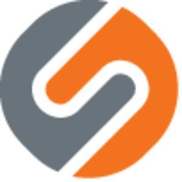 Having problems with Silverline Security?

I have been away from this company over two years and they are still hitting my credit score. Even after I fulfilled my contract and they tried to automatically renew it without my consent! Then they had the audacity to charge me $1200 for a system that stopped working 6 months in and was never repaired! Calling the BBB( Better Business Bureau)! I've been harassed with phone calls at work and home. Numerous letters adding additional charges, and even conversations with some of the rudest people imaginable because I was unhappy with the service and wanted out after my contract expired.

Silverline targeted my 75 year old mother for a contract. After 6 calls over the course of 4 months to get someone to fix the system that stopped working after 6 months, and no service technician to show up and fulfill the service agreement, my mother called and said she would stop payment to the contract, and they threatened to sue. People who prey on the elderly are sub-human. Why not provide the service if you expect the pay??? People, please choose a security company with a recognizable name, and a local reputation that you can personally verify. Silverline Security is a money gathering scam.

The complaint has been investigated and
resolved to the customer's satisfaction
Resolved Silverline Security — SCAM three day trial on a three year contract!

Yes, I agree it is a SCAM. They targeted my elderly mother, who had ADT signs in her yard AND a no solicitations sign on BOTH of her front doors. And what kind of a reputable company offers a THREE day trial on a three year contract? My mother contacted her sales rep RYAN LYMAN (as in LIE-MAN, should have been a hint!) within her three days. He told her she had to put it in writing and mail it to the company in Utah. There went the three days! I found out about this and tried to call Mr. Ryan Lyman, and no answer, wasn't even able to leave a message. As I type this, I'm waiting on BECKY from Alarm Protection Technology. She said she would call Mr. Ryan Lyman and get back in touch with me. That was two hours ago!
I have told my mother to cancel her automatic withdrawal from her bank. When they try to come after her I'll handle them. I work for a TV station in the Memphis market which is affiliated with the national syndicated show "America Now". Our top journalist can be seen daily on "America Now." I intend to put as much publicity warning people about this company across the nation as I possibly can. I'm contacting the Attny. General in both states, the BBB (which has NINE pages of complaints against SILVERLINE SECURITY).
SILVERLINE SECURITY IS A RIP-OFF.

My wife just had the system installed yesterday. Yet the sales man and the installer was very nice, but when the the system was installed i had to test it myself and break in my own house. Of course nothing happend i made it from my basement door up the stairs and then into my bedroom(wow) and then made my way into my livingroom. How safe is that. If you believe you safe with this system then you must be a fool, just give me your address and let me prove it to ya, all it does is give you a false since of security. We are go in to be call in them to today to have it removed lets see how that goes; and ill post more later. Thanks and i hope that you do what my wife didnt do and just do a little reserach before you sign anything.

I've had some run ins with Silverline Security and have nothing negative to say about them. I'm just posting a good review where it's due and our dealings with Silverline Security has been nothing but great results. We started with ADT a few years back, but when Silverline came to us and laid out the plan and weakness of our current alarm system, we talked to a few others, discussed pricing and we were set. Now, a couple years later, we're still happy, had one occurance where the system performed flawlessly!!! Thank you.

Please run away from this SHADY SHADY company. They do the majority of the sales during the summer. They will...

A sales rep came to my door and was very rude to not just myself but the rest of my family. They claim to be...

Two representatives from Silverline Security (Safeguard America) knocked on my door even though I have a highly visible sign on my door discouraging solicitors. I asked them several questions through the door and wasn't able to understand what they represented. Finally, they said they were with BGE (our local gas and electric company). I asked if there was a fee for what they were doing, and they said, "No". I opened the door to find two salesmen from Silverline Security standing there. They have no connection with BGE and charge a minimum of $125 for their security system. I believe that these salesmen blatantly misrepresented their company and its fees. They also ignored my request for privacy.

This company hires many young salespeople just out of high school or college to fool customers with false...

They are very rude and disrespectful. All they care about is money. We need to report them to the Better Business Bureau, since not every customer has access to the internet.

I worked as a tech for 4 months for these a#@holes, and never received my "back-end". Its a bunch of bs they told me i would make at least $40, 000 and only saw about $2, 000 they gave throughout the whole 4 months. I ended up having to go out of pocket, but i did it because they promised me they would give the rest at the end of the summer, i have yet seen a dime. They claimed we stoled equipment and thats why we didn't receive our money, but really its just a way to fu#@ you over with your money. I mean why the hell would we want to steal a bunch of cheap sensors???? Save yourself a summer of misery, take a summer job at jack in the box, you'll make a lot more there.

Silverline Security
64
%
This company definitely cares about its customers and responds to overwhelming majority of complaints.