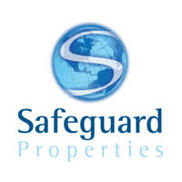 Having problems with Safeguard Properties?

After reading some of the consumer complaints regarding Safeguard, let me offer a vendor complaint. Since...

Back in 2014 after my friend's house was foreclosed, the tenant with lease was allowed to stay. I had...

It doesn't surprise me to see so many negative reviews on this company. Years ago, one of their current employees (along with her current husband) locked me in a house and - by blindsiding me - repeatedly punched me in the head, pulled me by the hair, and tried to pull my nose off (total WHACK JOBS). They continually threw eggs all over my car and continually harassed me at my job. The worker even put her newborn son on the phone - right after she gave birth at the hospital - while at my job. My coworker told me that I had a phone call, and when I answered the phone, there was a newborn baby crying!! So, back then (about 31 years ago), you could call and get information on any patient. Well, when I asked to see if she was there, they told me she had JUST given birth!!! Amazes me that I was on her mind while she was delivering. Anyway, she and her husband were charged with felonious assault and kidnapping for the attack. Then, about 10 years ago, she continually harassed her neighbor - who had a baby with Down Syndrome. When she saw the neighbor in the store, she repeatedly yelled out loud, in front of everyone, "Where's your retarded baby?? Huh? Where's your retarded baby??!!" And she did this in front of her own young child! She was even on the news for harassing her neighbor. Now, 31 years later, as I returned to Ohio to visit family, she sees me at Walmart and runs up to me, screaming her head off in front of her grandson and my 13 year old son. She sparked outrage from onlookers and was told to leave by security. She is now stopping by my ex-husband's family members' houses, trying to get my personal information. She and her husband stopped by my ex's elderly uncle's house saying that they needed my address because they felt bad for me because I was trying to [censored] and they wanted to help so they needed my personal info. I found out when my ex called to tell me that two people who identified themselves as 'Lori and Rich' were bothering his uncle with that nonsense. I will never deal with a company that employs such troublemakers.

Hi everyone I am a newbie trying to decide if working for Safeguard Properties is worth it. I was contacted...

Safeguard Properties — They changed the locks without my notice

I decided to sell my property and the company Safeguard Properties offered their services. I moved out from my property and moved to another city and left the house for this company. But they have changed the locks and when I arrived and wanted to open the house, I simply couldn’t do it. I was shocked and started to call to this company, but they started to tell some diddle-daddle. The rep tried to assure that they have called me and wanted to say about the locks. But they haven’t even tried to contact me.

My personal home in waterford, mi was in the redemption period and safeguard properties inc. Was contracted...

In August we looked at a home in Monticello NY. Upon inspecting the home, it needed a lot of work, but the house was in decent shape in the infrastructure. IE water pipes heat pipes, new furnace installed, foundation, and so on. Well we saw the house was winterized in August 2008 by Safegaurd Properties Inc. Its states on every one of their stickers they place on each item worked on that this service was done. After the closing in January, we went into the house to find a lot of the pipes were not drained properly causing freeze damage, costing about $3000.00. Its been known that this company is very evasive and is not performing the work that they are paid to do, again government being loose with taxpayer money. Number one, this is common with this company from its track record, number two, Fannie Mae is paying to protect their assets from damage, and this company is taking money and using the "AS IS" clause as their defense.

Can someone please look into this.. I want them to pay for the work they failed to back up, and failed to do properly.

Safeguard Properties
29
%
Not bad, but could've been way better. This company does respond, but not as often as you'd expect them to.