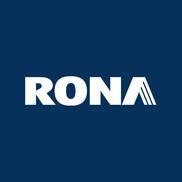 Hi
I bought upright freezer more than two month ago, on line order, Maple Ridge BC. Canada . Was not deliver the date which was scheduled, contacted many times by phone and in person, they were saying will arrive next week today I went to the stor talked to Jesse the delivery department and he said I have already told you is on the way, , call warehouse yourself, I called they said the freezer is discontinued long ago. I called Jesse for replacement for something similar he did not help after lying for two month and canceled my order.
I get nothing after 65 days waiting for my order

selling gyproc damaged beyond practical use

Top dollar for half a sheet of beat up gyproc. My wife picked it up or I would have told them to stuff...

Complaining about the store manager of that store of RONA...

Can you please look this up. Thank you
This is like a bullying or putting the employee down.

Ordered a whirlpool dishwasher online from rona, paid $900, waited three weeks for delivery. Had it installed...

I bought insulation six days prior to when I would be picking it up. I was told at that time they need to...

I was at this store tonight wanting to purchase vinyl sheet for outdoor deck. There are grey and burgundy...

I went in to resolve a prior issue with plants purchased at Rona that had spider mites which spread to my...

Hello
This is VERY long
On the 23rd of this month, I went into Rona with my contractor and bought 2 gallons of 4x Rustoleum and 2 gallons of water 10x Rustoleum. At this time I picked a gray color from wall. The nice lady then went into a 5-6 page color guide and picked "Gray" to tint my paint.
First - there was NO colours to compare what I have chosen on the paint chip to what this lady was now tinting my paint too.
Second - because these colours are NOT in your system a label was not printed and placed on can.

Two days later and out of paint I drove to the Oshawa location where I picked up another 5 gallons of 4x rustoleum and 1 gallon of 10x rustoleum. Afraid the paint might be tinted wrong I brought the paint BACK to store in Lindsay. My contractor who I HAVE PAID ALOT OF MONEY TOO, brought the empty can from the 23rd and asked to tint the paint. Well a different GRAY was selected. We were NOT told on the 23rd what paint was mixed to match our paint chip from wall.

Now my contractor gets the 5 gallon paint to my home and immediately recognizes that the paint was not mixed well as there was black tint on the lid. He attempts to mix himself and paints the deck. Under extreme pressure from me because I am having a house appraisal done. He thinks the paint will dry darker. THE PAINT WAS NOT MIXED PROPERLY AND NOW MY DECK IS 50 shades of GRAY

I now HAVE TO REPAY $1000 to the contractor to REPAINT MY 400 square foot front and back deck.

We were NEVER told that the color of the 4x would be different than the color mix of the 10x, we were never told what color the first paint bought was tinted and to top the nightmare off your staff did NOT mix the 5 gallon paint properly.

I am writing to make a complaint about the Red Deer Store mangaer of Rona, Rod Laing and the Yard Foreman...

Purchased refrigerator GE CAFE series. Apparently "high end". Only to know that the shelving that came with it were completely wrong. Did not fit what so ever.
You would think it be a simple fix right ? Just provide shelving. Well...
Dealing with Chantelle a rep from main office at rona Was horrible. Worst understanding human ever. Poor communication and very inconsiderate. Placed on hold multiple times because she had no answer for my request. she denied me from speaking to anyone higher. Saying I have no reason to as they would say the same thing. Stated wait for a call in 2 weeks. Then on and on. Became 3 months after moving in my newly built home. Not being able to use my REFRIGERATOR to its maximum capacity. Very discomforting.
Chantelle continues to call while at work even when I request to be called at a later time. I continued to request to talk to someone more understanding.
Also states best thing we can do is give a 20$ gift card.
The greatest joke ever!!!
After 3 months and having to deal with miscommunication and headache. To come to a decision.
Tried calling other numbers.
Finally was able to speak to a supervisor mylenne and everything finally came together. She is great!
Rona definitely has the worst customer service ever.

Best advice to give ? Talk to a supervisor the reps are inconsiderate useless and have no human feeling. Everytime I had to follow up I dealt with another rep who feels they can resolve my problem but I'd had to continue to explain over and over my situation and why should I ? When he prior person knows the story? What was discussed and so forth. It's such a pain !!! Total times spoke to a rep 10-15 plus times!!! Can I speak to your supervisor?

To sum my complaint... Did not receive a new fridge. Still working on some sort of compensation.

Rona had no other ge cafe models that matched. It was either I choose a different brand or keep what I have.

I will never choose Rona unless it's my very last resort. I hope I never have to deal with their customer service ever. Sadly I feel I would have too since I got warranty with them...

Please deal with ur reps...

price adjustment of a product

cashier refused to give me all my merchandise at check out

We arrived at Rona at 1:00 on Sunday July 21 st. We asked twice for assistance in the plumbing department and...

They arbitrarily fired my installer (who is my installer for a past and upcoming job and now a friend) for...

2 comments Bullying and Harassment at Work

My husband and 5 year old son were in your Golden BC store. Paid for 2 plants, 3 planters and a nozzle for a garden hose. Some of your store employees didnt see him pay at a back register as he walked out of the store with our son and about $40 worth of stuff. My husband took our son to the movie theater to see Alladin. Out of nowhere an RCMP officer is hollateing out his name and saying anything he says can be used against him...in a theater full of families and our 5 year old son!!! The utter embarrassment and humiliation not to mention the fear in my son is something that I cannot even put in to words. The inept staff at this location not to mention supervisors and management need to be held accountable and we demand to know why these steps were taken!!!

I am not sure what to do. I purchased Ashlynn Vanity with drawers and the drawers dont line up.the only way to use the top drawer is to open the bottom one. And also the other side the drawer wont stay on track.
I live 3 hours away from the nearest store. I bought this vanity since I was redoing my bathroom and I had a plumber and contractor install it. I tryed to open drawer and it wouldn.t open unless the bottom drawer was opened too. It has scrapped the top of bottom drawer and looks awfull. This is not functional!
I need to pay for a plumber to come in and unstall it if I were to return it. I have pictures. I need to know what Rona can do for me.
As I said, I live 3 hours away, I have to pay for a plumber to uninstall it to return and then pay for it to be reinstalled if I get a new one.
I am a senior and on pension, so paying over and over again is not likeable.
I would like to send you pictures and asked for a 1/2 price discount.

Rona
0
%
Doing nothing would be this company's favorite pastime, if they had the energy for it.