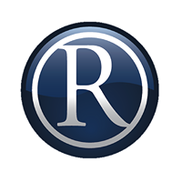 I sent this to Mr. Rogers over 3 years ago never a response
This letter is long overdue. My husband worked for you r company on & off for 4-5 years as an Electrician. He was hired in April 2000 then laid off May 2002. He was rehired January, 2003 and laid off January, 2004. On January 5th 2004 after experiencing headaches for several days my doctor recommended I go to see a neurologist. I was admitted into the hospital & received several test .I had a Brain aneurysm. My husband informed his supervisor 2-3 days later he was immediately laid off from your company he had worked for 4-5years. Where we had health insurance. Neither my husband nor I were sickly at all we just always did our routine check-ups. We had to immediately turn to COBRA for over 2 years. We are still struggling financially to this day because of trickle down affects of having to pay for Cobra so I could receive medical attention. Everything went behind Mortgage, car note, etc. etc. Because the state of Georgia has “a fire at will law” we could not come to your company for any type of recourse. Your company laid my husband off because of the medical cost. No other reason. Your company had enough work at that time to keep him working. I state all this to let you know I am going to write the President of the USA. I heard his proposal regarding healthcare reform & at first I was skeptical but now I am more convinced that this reform is something we need so that individuals like me is protected from companies like yours. I also humbly ask you give your Senators, Congressman, (Republicans) a copy of this letter. People don’t think of how what they do affects other people. Well it still affects me & my family because of your company laying off my husband at such a crucial time. As you will notice in letter, I give you the respect of not mentioning the name of the Construction Company. My intention is not revenge or to get back but to make Companies aware how important healthcare is. Mr. Rogers, I cannot receive insurance to this day because of my Brain Aneurysm & because of the up & down nature of the Construction industry and the laws in this state it is impossible for me to receive. I thank God I don’t need medication or other medical necessities but I still have a pre-existing condition & because of certain factors I can’t work in stressful environments which limit me what kind of job I can get even with a B.S. degree. I still need follow-up, routine checkups which I have not had. So I have to rely on my husband’s jobs & most time (we have noticed) when he puts down he wants insurance he is laid off before insurance kicks in. The Construction industry (most companies) doesn’t want to be bothered with healthcare which is why the Healthcare reform is so vital to me & a whole lot of other people. Obama said “In a country like this, this is not right for citizens to have no insurance No matter of economics, race, or gender.”
Thank you for your strong consideration in passing this letter to your Senator, Congressman.

For everyone on here complaining about the company that puts food on your table, shut up. For all those ###...

I have been working for the company for 6 years, I've worked service, fastrac, and new construction. I've worked out of two different offices and I can tell you that it's no different no matter what office you work out of. Back in the day you weren't just a number, employees were able to spend time with there families because we had so many people that you could take an extra day or to off and not have to worry if you job would be there when you got back. Now if you want to do that you better have vacation time or you're S.O.L. The new leaders of this company and the people they hire for the green field hand all the way to P.M.s is insane. The field newbees claim all kinds of experience and most of the time they don't know there ### from a hole in the ground. These are the people that get hurt or get some one else hurt. Foreman aren't getting the respect they deserve ( at least so of them) and so they have adopted an I don't care additute. P.M.s aren't much better how many times have you heard " we will cross that bridge when we get there"? We have a P.M. in the company right now that ran his own company into the ground not once but twice and this is the future. If you are a leadman or a top electrician don't run work for any P.M. because you will have all the hassel and none of the benefits, for example 3 jobs going on at the same time same G.C. same project 3 different locations. 2 of the joba have normal foreman the 3rd has a leadman running it. The leadman finishes his job first finalled and everything, has to go to the other 2 and finish those as well and get finals. The two foreman get a bonus along with there normal truck alotment, company phone, gas card and the leadman is given barley enough money to cover the use of his personal phone even though his job made the same amount of money if not more and let's not forget he had to finish and fix the other twos jobs and mistakes. The new saftey program is a step in the right direction but it is more a ploy to cover the company's ### than anything. Now if an accident happens and they can find a way to link it to not following saftey guide lines they will fire you and replace you with someone dummer and makes less' for example if you are working in a ceiling and another electrician( I use the word loosely) is working near you and is following saftey guide lines and you don't say anything if he gets hurt or hurts you you'll get fired because you didn't say anything after all it's not the company's job to keep us safe it's not the foremans job to keep us safe it's our job to keep us safe and if that ### gets hurt you aren't doing your job so out you go.The economy sucks and there isn't alot of work out there at the moment so holding on to this job no matter how much things suck has to be my top priority with a family and all but there will come a time when the company doing things just to cover there ### will get old and I'll move one but untill then I have to put up with the same crap all of you are dealing with and it doesn't seem to be getting any better. When work is slow the asskissers and long time screwups get to work while the people who know what they are doing and have common sense sit at home.( at lease until the job gets all screwed up and then we have to come in and fix it.) I guess the point I'm trying to make is that the "don't care" additute may have filtered down to me' I mean why should care about the company and the quality of my work when the company doesn't care about me.

Rogers Services / Rogers Electric
100
%
This... this rating shouldn't even be possible. Not every mother cares about her own children how this company cares about their customers. Perfect!