Clothing, Shoes & Acc Print All Over Me (PAOM) 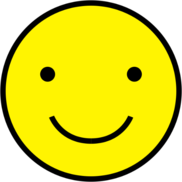 Print All Over Me (PAOM)

I ordered a custom button down shirt in May of 2018. I was very patient and waited over a month before contacting customer service to check on the status of my order. Evelyn made herself out to be very nice and helpful, and we kept regular correspondence for about two months.

During this time, she told me first that the shirt was finished but they had forgotten to ship it. I waited about a week before asking for a shipping number. She told me she didn't have one but assured me it was on its way. The status of my order on their website, however, indicated that the shirt had still not even been made.

I remained patient, expecting a custom product to take longer than usual. I continued emailing Evelyn, and she kept telling me that it was on its way. It was in mid August that I finally lost patience and told her that the occasion I had purchased the shirt for had passed. As there was no evidence of the shirt ever having been made, much less shipped, I asked for a refund. I was told by Evelyn that they do not offer refunds, even if I had not ever received the product I had paid $80 for. She offered me store credit, which I told her would not be satisfactory because I do not plan to order from PAOM again.

She never even replied to this last email, and as of July 2019 I have received neither shirt nor refund. I have not even received the store credit that was offered, which I would have used to create a shirt printed with the text of this review.

Do not buy anything from this store if you would not like to be scammed, stolen from, and lied to.

11/29/18 I ordered thirteen t shirts. I told them in a message as I paid that i needed to talk to a person on the phone because i couldn't imagine buying 13 t artisan tees that...

they owe me over $900 credit and just won't honour it!

I am writing to see what is happening about my credit. I have not heard back from you at all about this issue and as stated numerous times I really would like to use this credit worth US$928 which I have never been able to use. The credit was earned legitimately and I have explained in great detail what happened along the way:
- I bought a huge amount off you and earned the credit
- You sent me a code which was half the value
- I pointed out this was wrong and you corrected your error
- I tried to use it but I kept getting error messages
- I contacted you communicating it doesn't work
- You told me it did work and so I waited for the order - that would have been the end of everything
- But I never received anything and have been falsely accused ever since
I have received nothing

I repeat: I bought a huge amount off you and earned the credit. I can see from all the online reviews that you have done this before to many other designeres. It's disgraceful and downright criminal.

Print All Over Me — product quality / customer service

Worst customer relations. Ever. Ordered two backpacks well before the holidays as I was moving during the end of December. They never arrived, never sent me updates or anything...

I brought four tshirts on PAOM.com for my mom in Taiwan, the shipment took 7 weeks, but we were shocked when we received the products. The quality of the tshirts are extremely...

Where is my order?

Hello from the US!
All I want to know from the PAOM is where my order is. I placed it a month ago and it was supposed to be shipped already, but I guess it never happened. I don't know it either. I have no tracking number, but as far as I know, the company provides it. They just probably forgot about me.
Well, I tried to get in touch with them but got nothing but promises.
I'm losing my patience already. Can't wait for so long.

This website has a great idea providing their customers a feeling of exciting. But it's absolutely baggy and you may lose all your process when trying to save your project. Maybe...

Print All Over Me — Save your money

I will not buy from Print All Over Me ever again!! I regret I did not read the reviews before I made my order. I made a simple order and purchased a T-shirt from this website. It did not arrive and I doubt that it ever will. Customer service does not reply, they simply do not care. These people have my money and my product.
When I found all the reviews online I saw that many people had the same issue - they don't deliver orders. Save your money and shop elsewhere!

Print All Over Me — Late delivery

Hello.
I've ordered a shirt from Print All Over Me website and delivery took forever. I would not recommend this company if you need your stuff as soon as possible.
I ordered a customized shirt as a birthday present for a dear friend and it arrived almost two weeks late. Customer service wasn't able to help in finding out my orders location. The shirt was nice, printing was also good, but I'm still extremely disappointed with how unprofessional these people are.
Lesson learned. I will find more reliable company too deal with.

Print All Over Me — Terrible quality and customer service

I made an order, but I was so extremely disappointed with it! The printing is absolutely rubbish! Thanks to Print All Over Me I had the worst online shopping experience ever! Items I received were terrible quality, sizing completely incorrect, fabrics felt like cardboard. I contacted customer service and demanded a refund. They said that I need to send everything back, but the return process was an absolute nightmare and took months! Their reps are very rude and unprofessional! Avoid this company at all costs! Their products and customer service are beyond disgusting!

Print all over me need to fix their website. The part of the site does not work. The site is a complete nightmare. When you make a design don't waste your time aligning your pattern with the item because it won't reflect how it actually turns out. You'll get your tracking information after you've already received the package. And don't bother checking order status. It will always show „processing” even when the product is already shipped or even delivered. They also use cheap materials and items are far from high quality. I received my order and was extremely disappointed with it. In my opinion their products are overpriced. Shipping takes forever, so it is useless to pay extra money for it. Just a waste of time and money.

Paom.com — Seller told about the delay and vanished somewhere

We bought a gift from www.paom.com for our friend’s birthday. We placed it couple of weeks ago already, because we hoped to get the order in advance. But the seller...

Print All Over Me (PAOM)
2
%
Doing nothing would be this company's favorite pastime, if they had the energy for it.