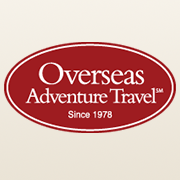 I would like to complain on a recent reservation. We made our reservations number 395357 for myself and Friend on early February. We told the travel agent we were flexible and wanted the best deal. We booked a departure date of November 5, 2020. The travel agent never told us that a $500 airfare was being offered if you depart in Sept or October. If we knew we would of booked end October. The only thing she offered is if we pay in full we get a slight discount so I paid in full for both.

I received an email at 3:51 am on March 1 showing the offer so I called to get it and was told the offer expired the previous day. Why did I get an email with an offer that already expired. The agent then told me an email went out on January 31 with the offer but I did not make the reservation until the following week in February. So at that time the offer was valid your original agent never mentioned it to us. We were on the phone with her for over an hour so she had plenty of time.

I feel you let me the customer down if you are travel agents you should know theses offers and extend them when your customers ask.

Please response to this email with a solution to this or we are considering cancelling this trip for your customer service is extremely bad and cost us additional dollars for this trip unnecessarily.

We had friends who have travel with your company so that is the only reason we booked with OAT but now with this poor service we are reconsidering.

Please send me a solution to this poor reservation

They provide a strange kind of service. I booked from them for the first time recently and had some questions regarding my trip. Couldn't reach them through their website forms and emails. Decided to call and was on hold for about 40 minutes without somebody picked up the phone. I just stopped calling. I understood I was just wasting my time. This is terrible what you do.

I booked first time through OAT for Mexico, specifically for a 1st-time tour with them because they prominently display their trips are 10-16 maximum guaranteed. --OAT opened an account in my name, which shows my booking with OAT to this day. However, the trip is led by the OAT-parent company Grand Circle. Nowhere on the Grand Circle website does it inform that instead of 10-16 maximum travelers, the tour group can be 45 passengers. Not until they send the travel booklet 30 days before the trip---which is too late to cancel/transfer the trip amount to a small group trip---do you learn that the trip is on a big 45-passenger tour bus, with a 40-person group. This is a deceptive, fraudulent business practice. I called and suggested we re-book for an OAT-small group travel, and they have refused to do so. I suggested this would be the better business practice, as I could travel with them for the next 20 years if they would honor this request. I explained this trip was for our 30th wedding anniversary. Nothing but verbal run-around. As a trial lawyer, I will sue both entities for a return of our monies base don their flagrant misrepresentations on their website.--Michael Kramer, Atlanta, GA

This past month (November 2010), my mother treated my husband and I to a 3-week African safari. She booked the $25, 000 trip through Overseas Adventure Travel, a subsidiary of Grand Circle Travel LLC. The trip included international airfare for each of us, however, since she lives in a different U.S. state than we, OAT booked her onto a different flight than us. Since our trips were all booked and paid for at the same time as travelers on the same trip, I thought it was extremely cheap for OAT to put my 78-year-old mother on an international flight all alone. They obviously did it because the cost was less. Then to make matters worse, the layover in London for my mother's flight from the United States was only 1 hour. Nowadays with the additional security checkpoints, it is absolutely impossible for anyone to make a connecting flight for international travel in 1 hour. So, as you would imagine, my mother did not make the connecting flight to Nairobi. The next flight out of London was 7 hours later, so my mother sat in the Heathrow Airport by herself for 7 hours, and by the time she arrived in Nairobi the next morning to begin our safari tour (which was leaving Nairobi at 9am), she was exhausted. Would you want your 78-year-old mother to begin an expensive excursion halfway across the world in a physical state like this? My husband and I were really upset about it. Upon her return to the United States, my mother called OAT to complain about their huge error in booking her outbound flights. To truly show their indifference to the magnitude of the situation and their obvious lack of professional customer service, Overseas Adventure Travel responded to my mother by telling her that there was nothing they could do for her since that was the only airline flight available at that time. You and I know that is totally bullshi_. If it were true, ALL of the U.S. travelers on our trip would have been on the same flight that she was on - but we weren't. I'm appalled at OAT for taking this stand, especially since the majority of their tour clients are over the age of 60. Do yourself a huge favor when booking your travel plans to foreign and exotic locations: do not use Overseas Adventure Travel / Grand Circle. You'd be better off spending your hard-earned money with a tour company who is much more attentive to your travelling comfort and safety needs.

Overseas Adventure Travel
0
%
Doing nothing would be this company's favorite pastime, if they had the energy for it.